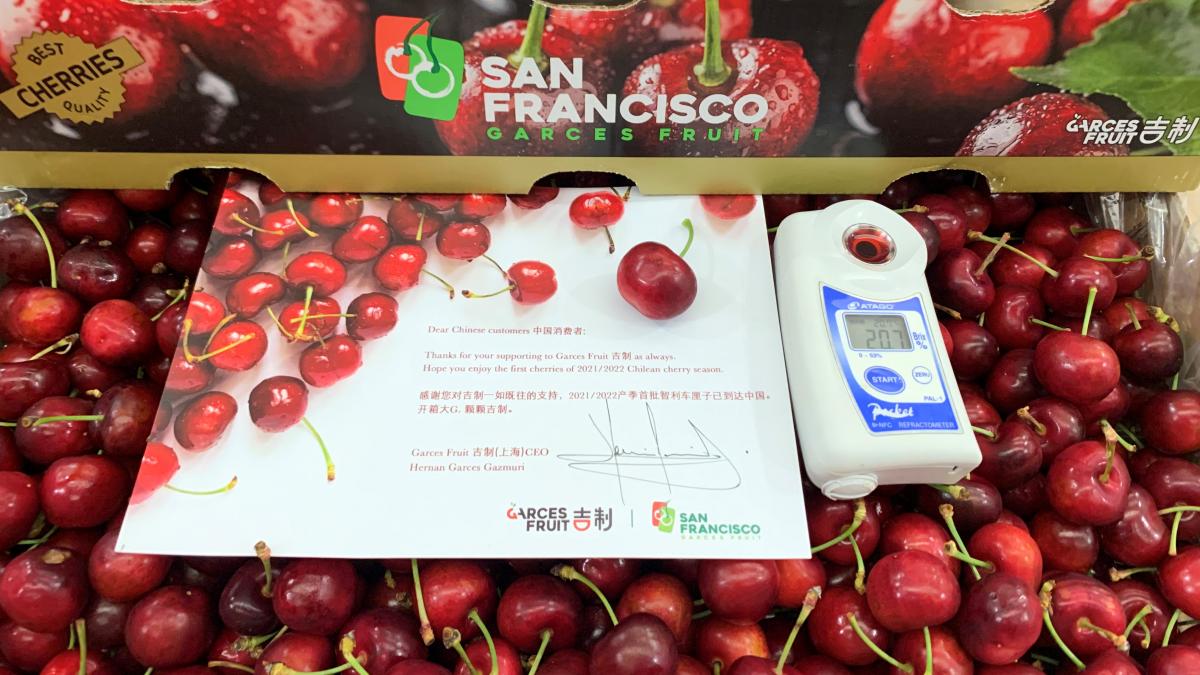 On the early morning of Oct. 25, this season’s very first shipment of Chilean cherries arrived in China by air, marking the beginning of what is forecast to be another record-breaking season. The shipment contained 361 five-kilogram cartons of the Brooks variety, with the main specifications being J (26–28 millimeters in diameter), SJ (also known as JJ, 28–30 millimeters) and P (also known as JJJ, 30–32 millimeters). The cherries were later sent by San Francisco Garces Fruit to Guangzhou’s Jiangnan Fruit and Vegetable Wholesale Market (185 cartons) and Shanghai’s Huizhan Fruit and Vegetable Market (176 cartons).

It is reported that the cherries in this initial shipment possess very high levels of freshness and firmness, with sugar contents in excess of 20 degrees Brix. The prices for these cherries remain essentially the same as last year, hovering around 1,000 Chinese yuan ($157) per carton.

As an early-season cultivar, Brooks is well known among Chinese traders, characterized by a large size, red flesh, crisp texture, sweet flavor and a supply window that lasts from October through November. According to San Francisco Garces Fruit, varieties including Bing, Lapins, Sweet Heart, Regina, Skeena and Kordia are set to hit the market in November, taking over the baton passed by Brooks, and remain in supply until February of next year. The eye-catching yellow-fleshed Rainier cultivar is also typically available from November until January.

The 2021/22 Chilean cherry season is expected to see a 10% increase in production, with a similar rise anticipated for the export volume.