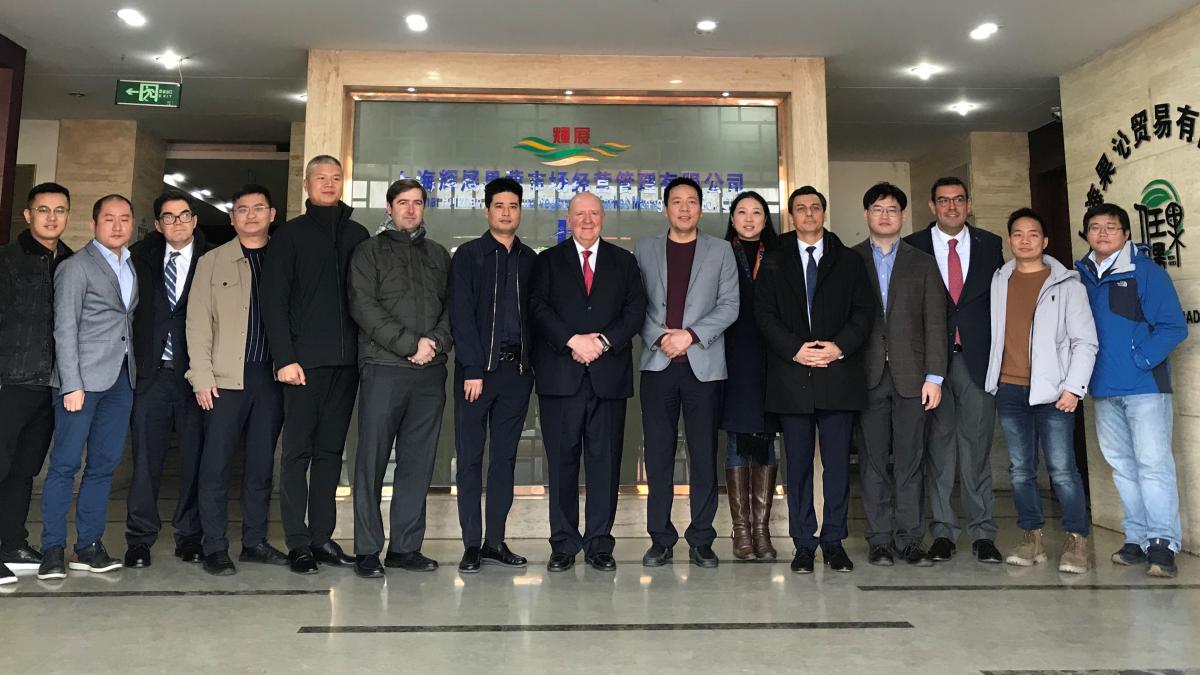 Chile’s ambassador to China, Luis Schmidt, visited Shanghai’s Huizhan Fruit and Vegetable Market on Monday just as the 2020/21 Chilean cherry season in China is starting to heat up. China is the primary consumer of the more than $1 billion worth of fresh cherries that Chile exports each year, and the Huizhan wholesale market is a key distribution point for Chilean cherries in eastern China.

The ambassador was joined for his visit on Dec. 7 by the Consul General of Chile in Shanghai, Claudio Garrido, and the Commercial Consul for Chile in Shanghai, Juan José Wood. The delegation toured the facilities and met with wholesale market executives and key importers of Chilean fruit to discuss the trade in fresh fruit between Chile and China.

Upon conclusion of the talks, the ambassador presented to the Huizhan market a commemorative medal celebrating this year’s 50th anniversary of the establishment of diplomatic relations between Chile and China, which served as an expression of gratitude for the market’s contribution to trade relations between the two countries. This is the first such medal that the ambassador has presented to a company. 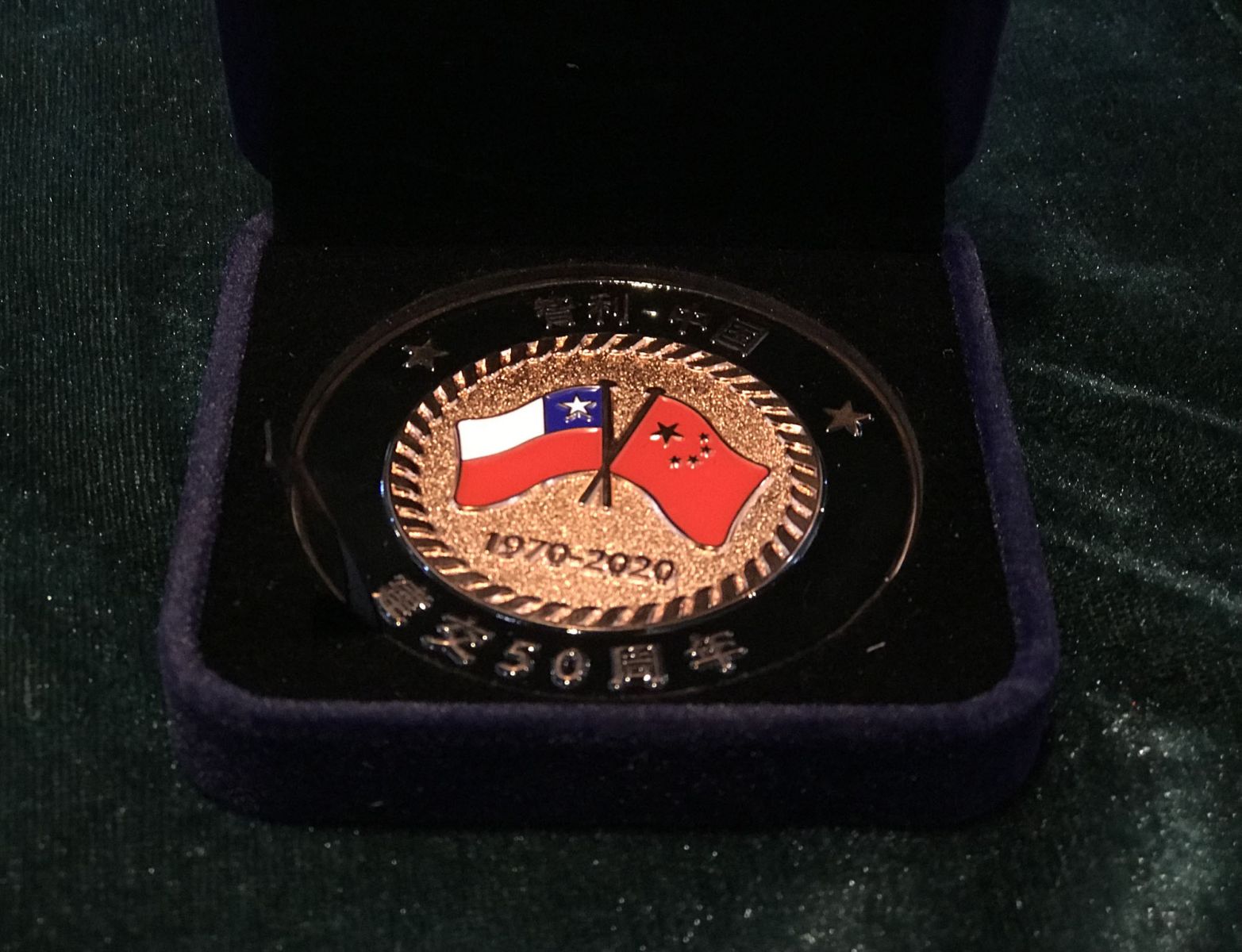 Cooperation between the two countries has blossomed over the last 50 years since Chile became the first South American country to establish diplomatic relations with the People’s Republic of China. Chile is today China’s second-largest trading partner in the Southern Hemisphere, following Brazil.

With the season for Chile’s highly popular cherries heating up in China, Ambassador Schmidt took the opportunity to make an official visit to the Huizhan market. The ambassador noted that despite the world going through its most difficult year since he first visited China in 1992 — with COVID-19 knocking back the global economy and leading to slumping demand in many markets — the outlook for the China market is still very bright.

The ambassador stated that Chile’s cherry export volumes for October were up by 10% year-on-year. “The Chilean Cherry Committee of the Chilean Fruit Exporters Association expects Chile’s cherry output to increase by 30 to 35% this season,” added Ambassador Schmidt. “In light of the COVID-19 epidemic, exporters are carefully controlling every aspect of production, from the harvest, to the packing house, to loading shipping containers at the port. At each step, they are rigorously following national epidemic control regulations to guarantee that each and every shipment of cherries bound for China is safe and healthy.” 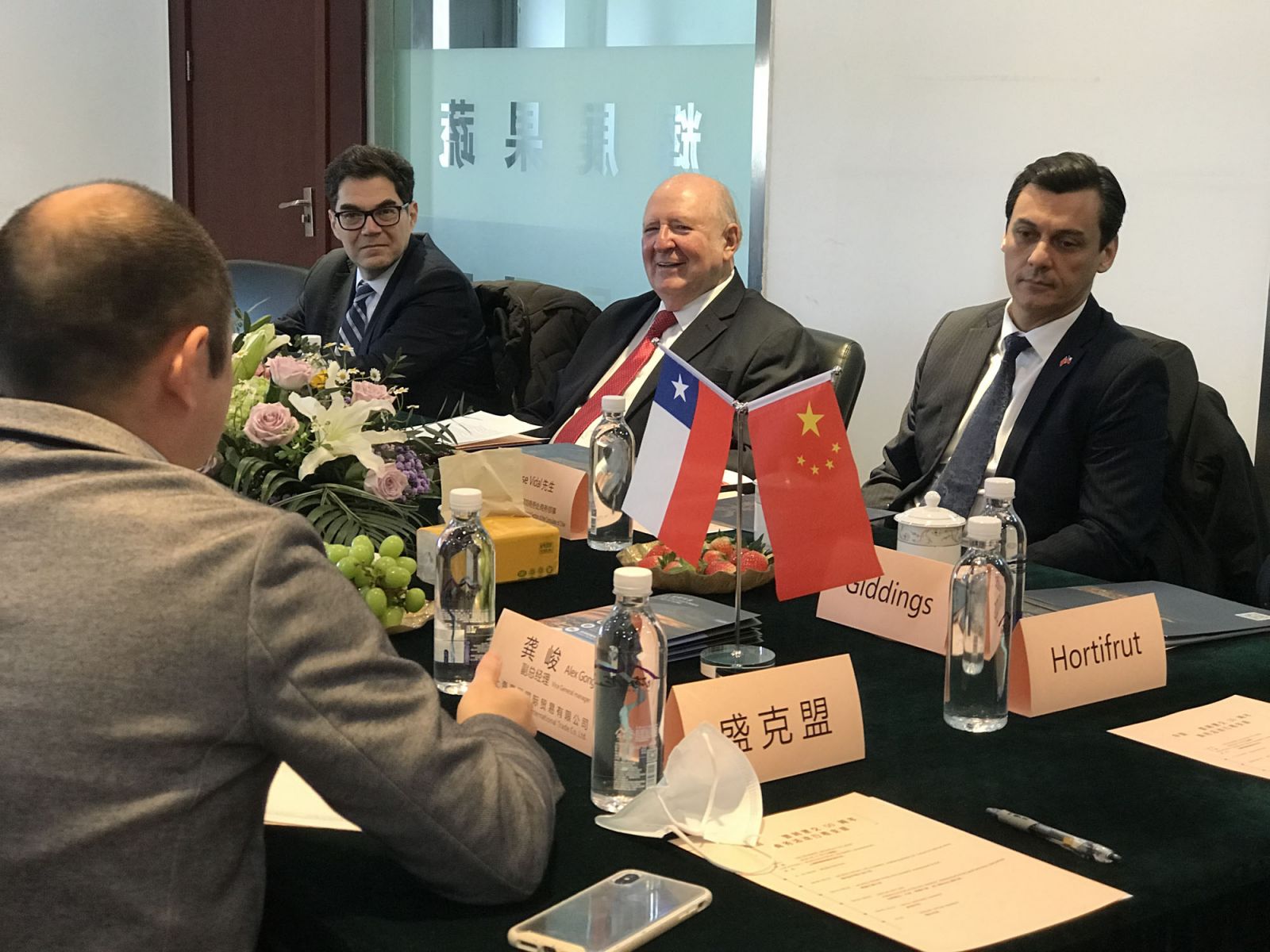 Huizhan market was chosen as the first stop in this series of commercial activities celebrating the 50th anniversary of bilateral relations owing to its pivotal role in the import and distribution of fresh Chilean fruit in China. During Monday’s event, Lin Yetao, deputy general manager of Huizhan market, introduced some basic facts about the market, which is the base for more than 100 fruit traders with a total annual transaction value exceeding 20 billion Chinese yuan ($3.1 billion).

Lin stated that Chilean fruit plays a key role at Huizhan market, with companies there having cooperated with Chilean suppliers for many years to import numerous different types of fresh fruit. According to Lin, more than 6,000 containers of Chilean fruit worth a total of 7 billion yuan ($1.1 billion) were imported through the market in 2019. For Chilean cherries alone, the annual import volume through Huizhan market exceeds 3,000 containers with a value of more than 5 billion yuan ($765 million) — or approximately one-third of China’s total imports.

In conjunction with the staging of the inaugural China International Import Expo in Shanghai in 2018, Huizhan market was awarded the status of Designated Imported Fruit Trading Platform, with cherries at the forefront of the publicity surrounding the announcement. Last month, at the third edition of CIIE, Huizhan market and Chilean cherry brand San Francisco signed a letter of intent for the purchase of $146 million worth of cherries.

The close cooperation between Chile and China is expected to overcome the effects of the global epidemic, and it is projected that Chile’s fruit exports to China will remain stable during the coming season. 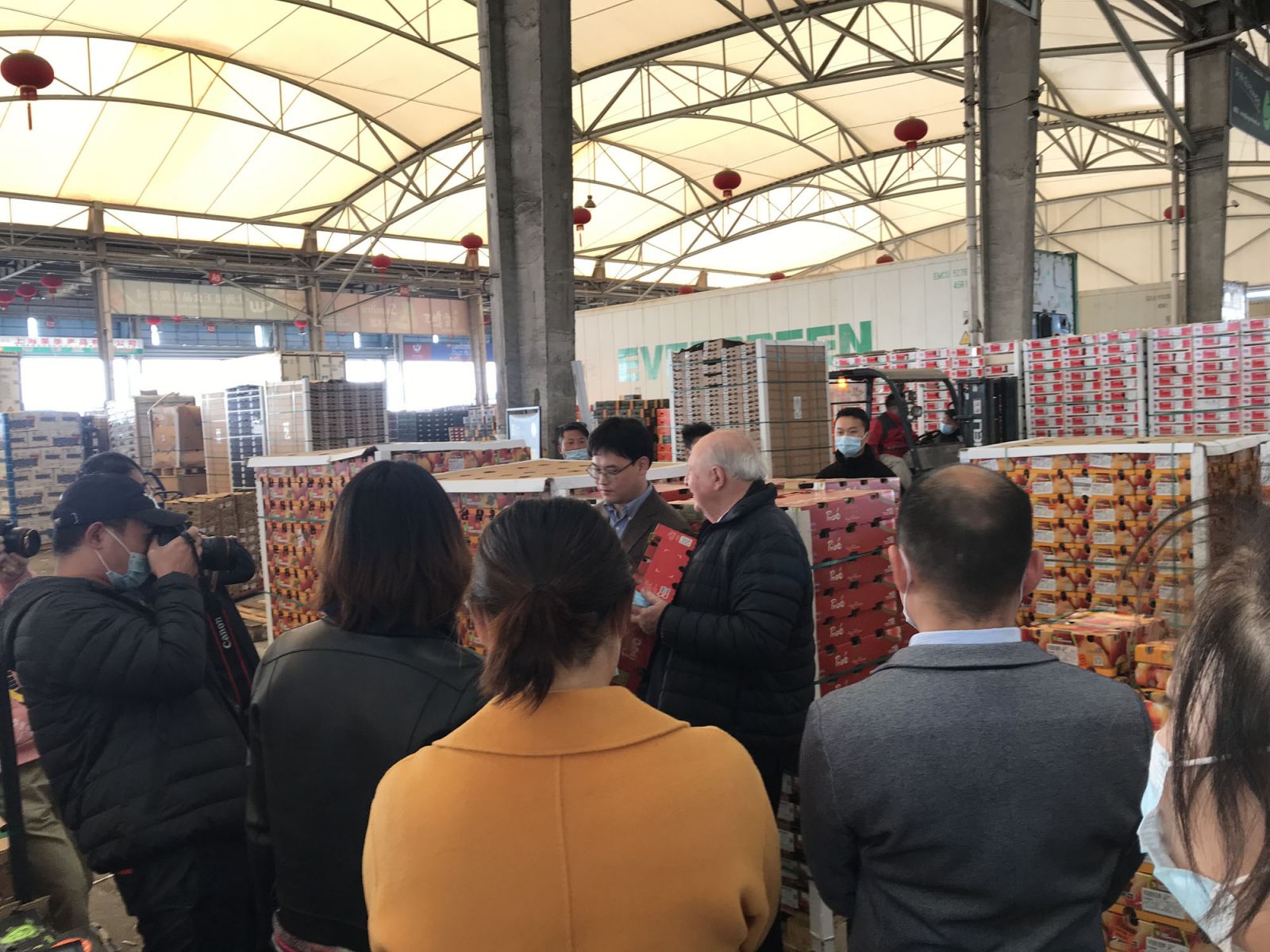 As the event concluded, the ambassador gamely finished off the celebrations by posing with traders in the market for group photos in front of cartons of Chilean fruit on display.