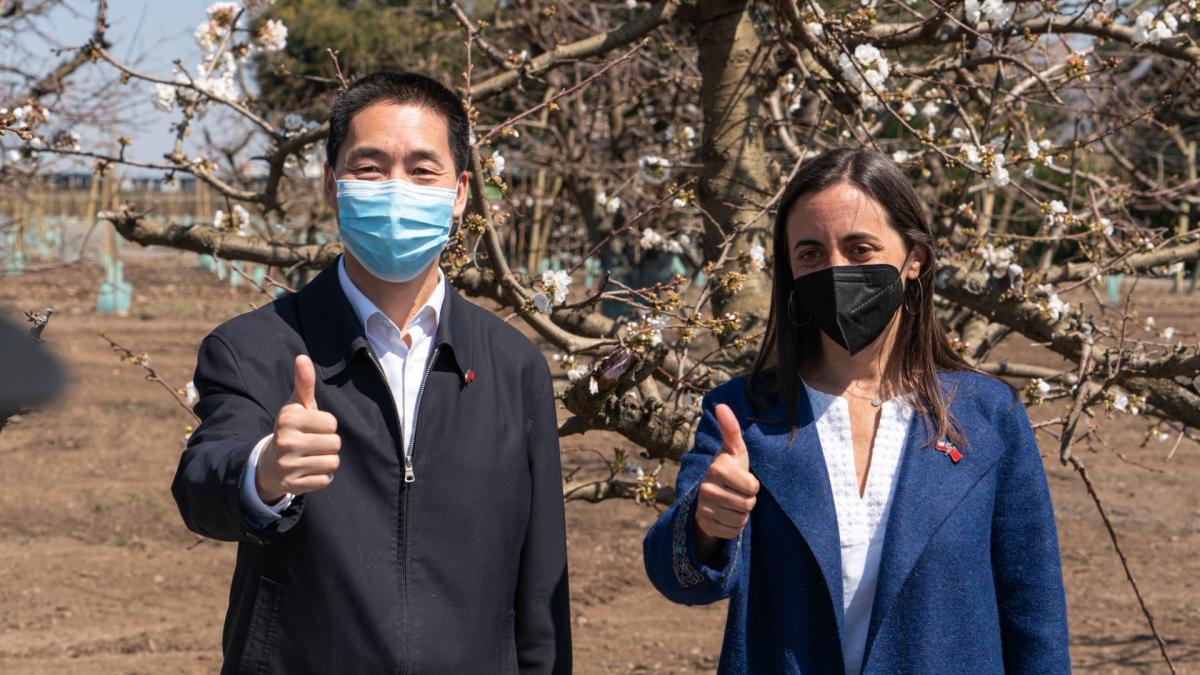 As the COVID-19 pandemic continues to cost lives and disrupt shipping and supply chains around the world, it is impossible to separate this issue from consideration of the upcoming Chilean cherry season in China, for which preliminary air shipments are expected to hit the market during October. In fact, parties in both Chile and China have been working hard on the issue of Chilean cherry exports to China since the close of the previous season in March. During a recent cherry season inauguration celebration in Chile, several parties including the Chinese Ambassador to Chile and representatives from the Chilean Agricultural and Livestock Service and the Chilean Cherry Committee of the Chilean Fruit Exporters Association (ASOEX) voiced unanimous optimism about the upcoming season.

“This visit has surprised me, not only because of the good weather here, but also because of the quality control undertaken in the orchards and packing facilities,” remarked the Chinese Ambassador to Chile, Niu Qingbao. “Last year, due to the pandemic, exports of cherries suffered some obstacles. However, this year the Ministry of Agriculture of Chile and other institutions have made many preparations for the new season. Work has been done in coordination with Chinese authorities, through remote inspection of viruses and other issues, so there should be no technical obstacles in these matters, so we hope that this season’s shipments of Chilean cherries will be very successful.”

The director of the Chilean Agricultural and Livestock Service (SAG), Horacio Bórquez, was also optimistic about the enhanced coordination and extra efforts by the Chilean cherry industry. “We have no doubt that, with the new protocol agreed with the Chinese authorities, the risks of any incident this season are much lower,” said Bórquez. “The SAG together with the industry has been working on these protocols, including extensive training, so that together we can assure that the health attributes of our fruit are as good or even better than before.”

Finally, Cristián Tagle, president of the Chilean Cherry Committee of ASOEX, highlighted the work of the sector in ensuring quality and safe products for consumers. “Chilean producers are increasingly aware and concerned about producing good quality, controlling shipments and learning lessons from previous seasons,” said Tagle. “So I am optimistic that the quality will be very good, which is positive news for the markets and end consumers.”

Chile is the world’s leading fresh cherry exporter and China is its largest export market by a wide margin. During the 2020/21 season, Chile’s global fresh cherry exports amounted to approximately 352,000 tons, a 54% increase compared to the previous season. China was the destination for more than 90% of this volume.