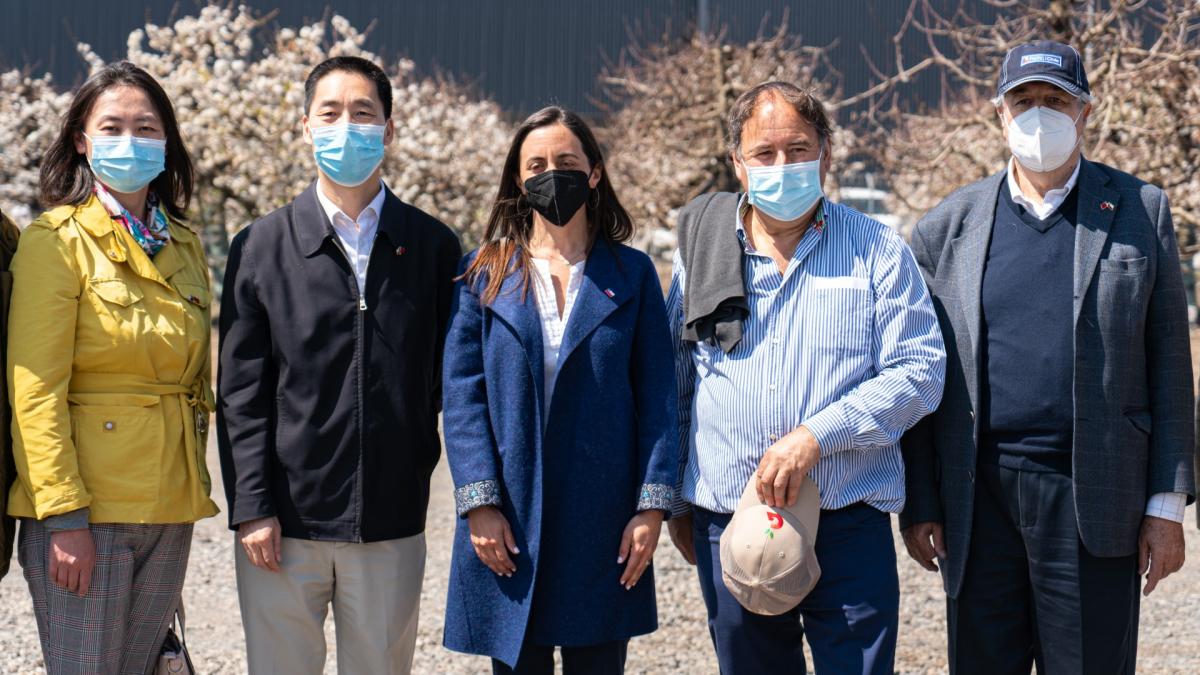 Aside from delighting the senses with their delicate beauty and sweet fragrance, the appearance of cherry blossoms in Chile also carries a welcome message for fruit lovers around the world: the Chilean cherry season is underway and, within just a few months, ripe, juicy cherries will start showing up in local retail channels.

Owing to Chile’s status as the world’s largest cherry exporter and China’s position as the world’s largest cherry importer, it is only fitting that the Chinese Ambassador to Chile participated in the Chilean cherry season launch celebration held recently by the Chilean Fruit Exporters Association (ASOEX) in conjunction with the cherry blossom festival in San Francisco de Mostazal. 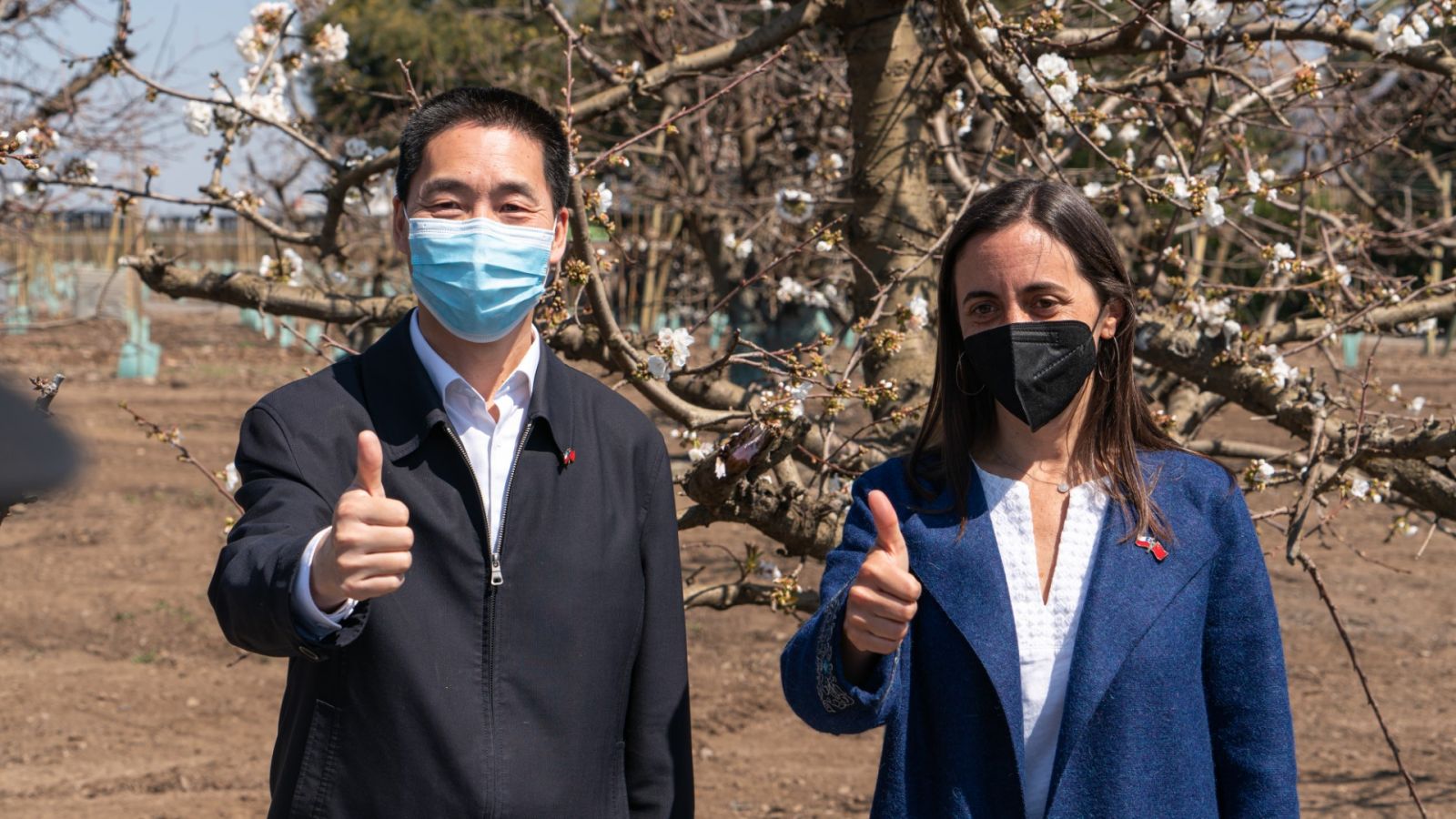 During his remarks, Ambassador Niu Qingbao highlighted the long history of friendship and cooperation between Chile and China. He also noted that the cherry blossom celebration coincided with celebrations in China of the Mid-Autumn Festival. According to Niu, this was “not a mere coincidence, but rather a natural connection that unites both countries.”

“China is an important market for many Chilean products, especially cherries, where 90% of them are destined for the Chinese market,” continued Niu. “China will continue to grow and will also be increasingly open to world products. There is strong competition in the Chinese market, since many countries produce what we need and want, but the point is that consumers seek to buy products from friendly countries. Chile and China have a special relationship based on friendship – Chile was the first country in South America to recognize the new China, the first to establish a free trade agreement with China. So all Chinese believe that Chile is a friendly country. Hence, despite the great competition that exists in the Chinese cherry market, Chinese consumers have a special appreciation for Chilean products and this will continue.” 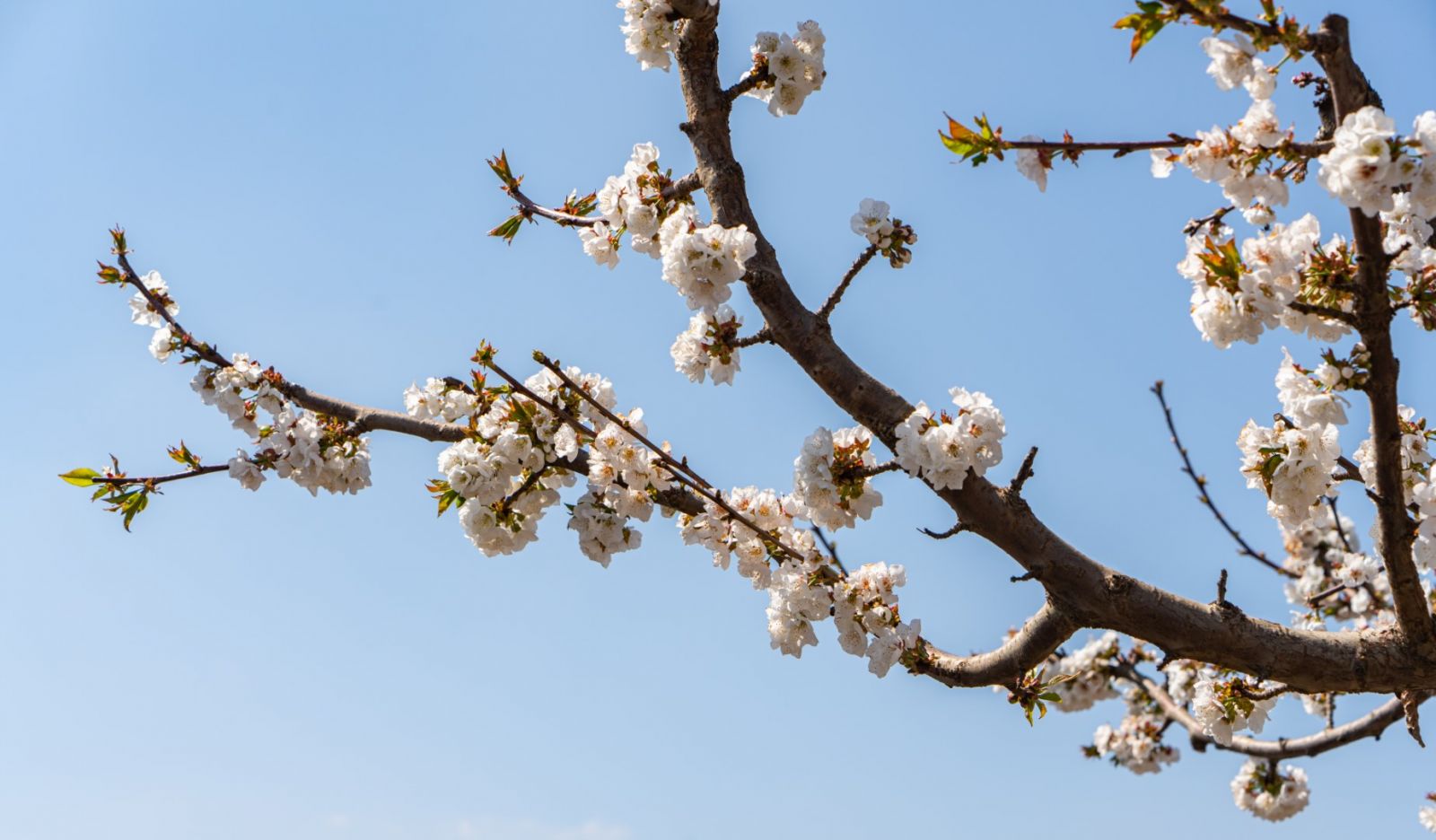 In addition to the ambassador, the event featured participation from a number of ASOEX member companies, government departments such as the Ministry of Agriculture and the Chilean Agricultural and Livestock Service, and trade associations.

“The presence of the ambassador represents the goodwill with which the Chinese people have always treated us,” said Ronald Bown, president of ASOEX. “Chinese people recognize in Chilean fruit a quality, healthy, safe and tasty product that is produced with the care that consumers deserve. It is an effort of many exporters, producers and fruit workers, which is supported by both Chilean and Chinese authorities to achieve good results.”

“For this new season, the cherry industry is working on a major promotional campaign to increase access of cherries to different cities and regions in China,” continued Bown. “We want more Chinese consumers to have the opportunity to enjoy our cherries. At the same time, we are also focused on ensuring compliance with the protocols established with China and thus providing quality and safe fruit to its consumers.”

Chilean Minister of Agriculture María Emilia Undurraga highlighted the importance of Chile’s fruit industry and how trade ties with China contribute not only to the development of the rural sector in Chile but also to the wellbeing of consumers in China. According to Undurraga, agricultural activity is the “heart of the rural sector: it feeds our bodies, but it also feeds our traditions and culture.” She continued: “An activity like this one is an opportunity to highlight the role that China has for our products, in this case Chilean cherries, which are available at a very special time of the year, but also contribute to the health of the Chinese population.”

The celebration was organized by ASOEX together with its Chilean Cherry Committee and was held at the Garces Fruit facilities, located in San Francisco de Mostazal, with Hernán Garcés, the company’s president. Garcés conducted a guided tour through orchards and packing facilities, showing the guests the intense work that the industry undertakes to comply with each of the necessary protocols and highlighting the quality and safety that markets and consumers demand, as well as revealing the great innovation and latest technology that exists in the country’s cherry sector. 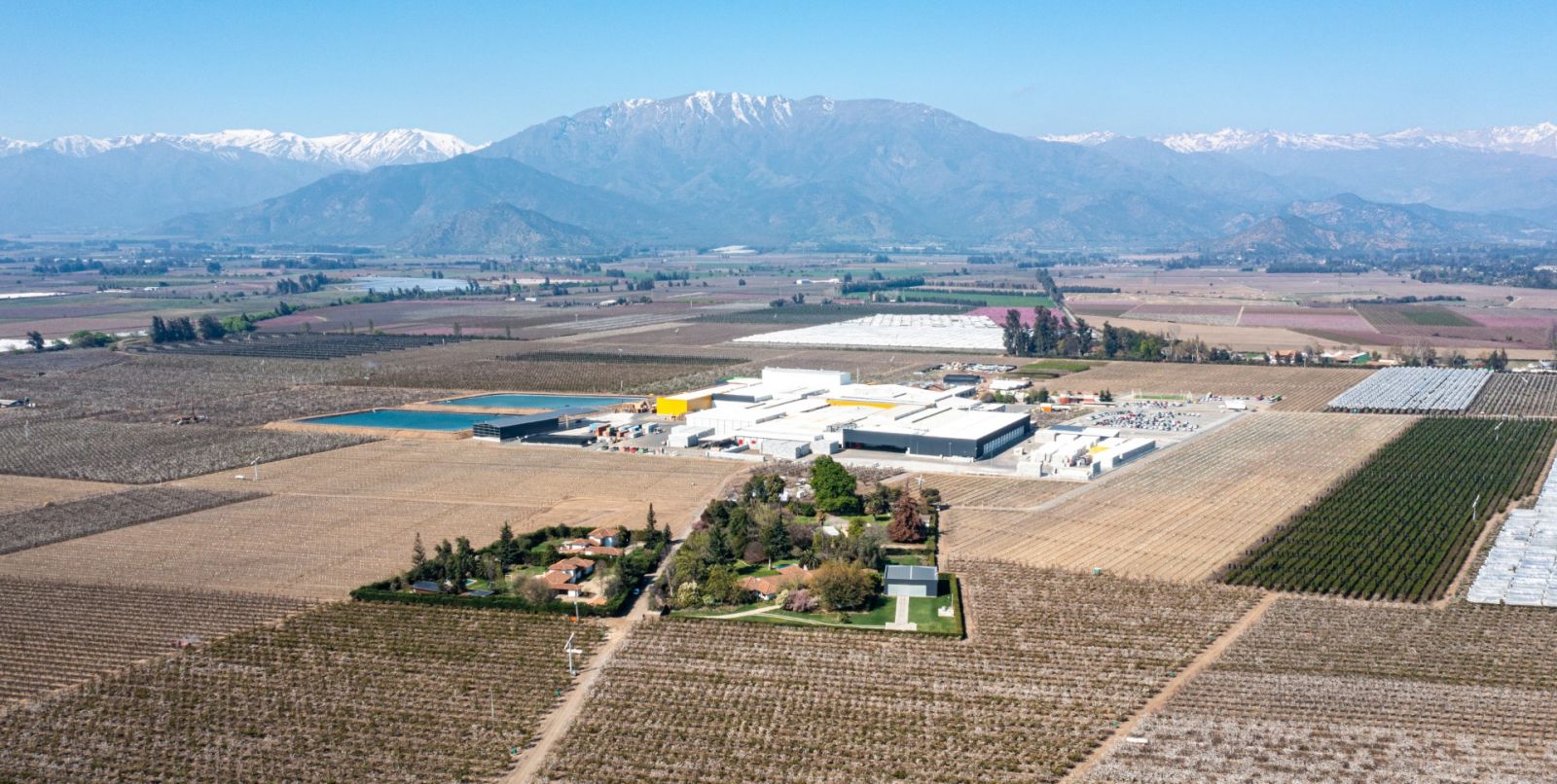 “This is a very special day for us, we are starting a new season and we wanted to share this joy with the Chinese ambassador,” said Garcés. “Chile has developed a very special relationship with China. We have produced, as an industry, a cherry that due to its taste and quality has conquered the market in China. In addition, its great color is a symbol of success. We have developed a modern industry, with the latest technology and incredible logistics to provide the best fruits to consumers.” 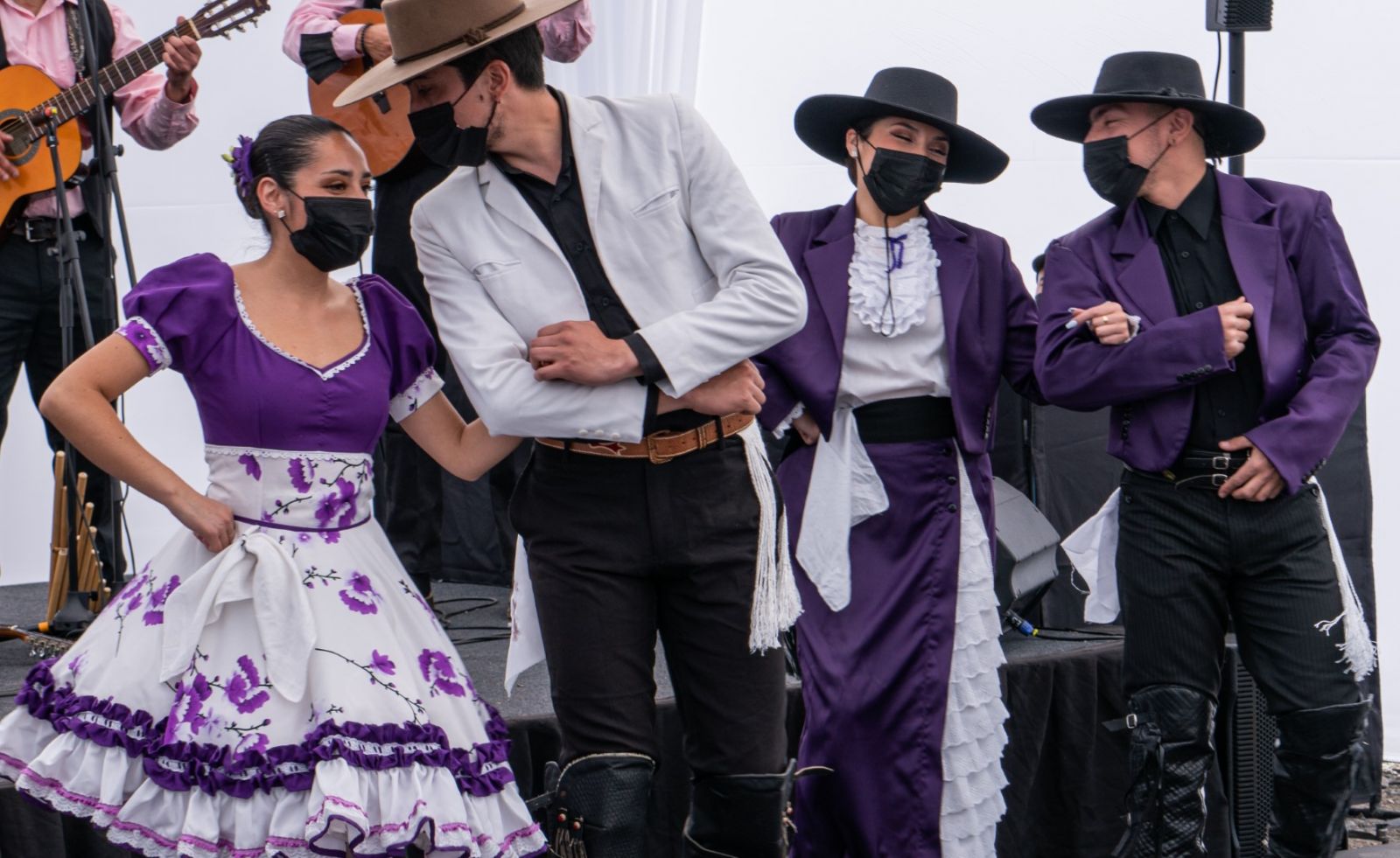 The cherry blossom celebration ended with a lunch of camaraderie, during which ASOEX gave the ambassador a handcrafted sculpture of two oxen carrying a fruit cart, symbolizing the collaboration that exists between Chile, its fruit growing industry and China. Matching the gesture and highlighting the spirit of friendship and collaboration, the ambassador also presented the Chilean delegation with a sculpture of a cart driven by a horse, an animal that in Chinese culture represents success.