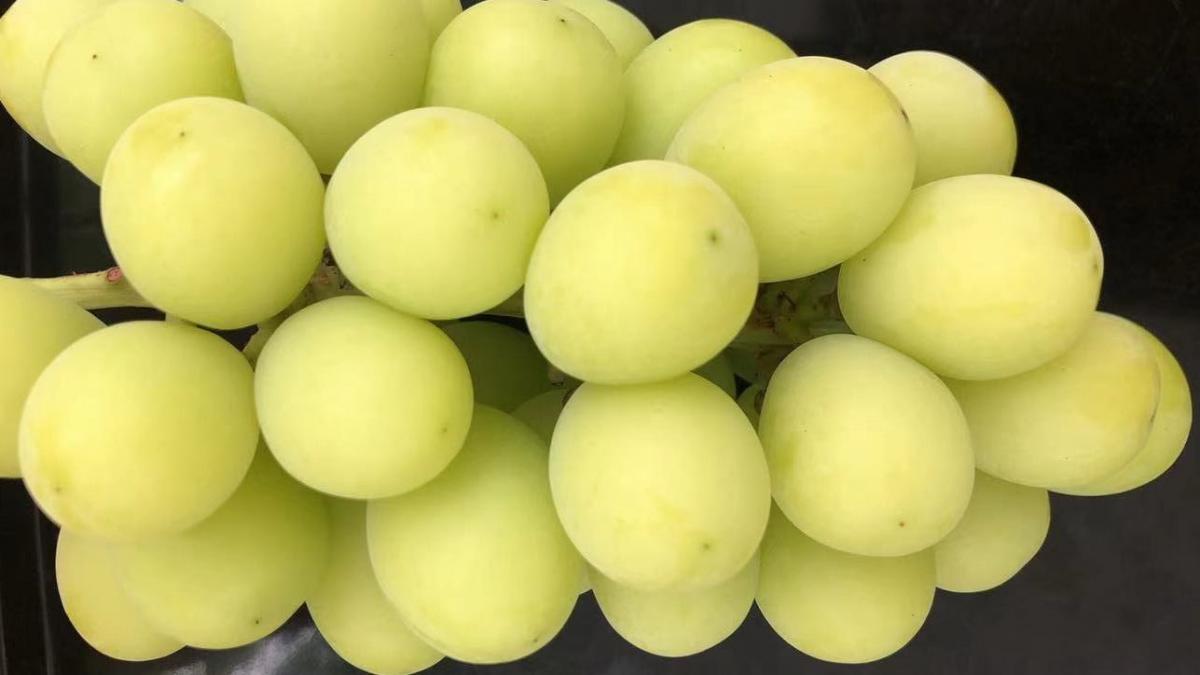 When we talk about grape varieties developed in Japan, the first that springs to mind is often Shine Muscat, a crisp, fragrant seedless green grape cultivar with a plump pulp and very high sweetness. Japan’s Okayama Prefecture is commonly regarded as the hometown of Shine Muscat grapes, where the long hours of sunshine translate to a high sugar level. Shine Muscat grapes produced in this prefecture have been officially granted the status of a geographical indication fruit in Japan and are considered by many to be the best nationwide.

In recent years, Shine Muscat grapes have also been introduced into other countries, including China. However, owing to differences in climatic and geographical conditions, alongside gaps in planting techniques and crop management, the quality of China-grown Shine Muscat grapes can vary substantially. Recently, seven new grape varieties bearing Shine Muscat genes have been cultivated in Australia and these are expected to come into commercial production in 2022.

Royal Grapes Pty Ltd, a grape producer in the state of Victoria, is the first Australian company to gain the rights to grow these new hybrid cultivars. David, a representative from the company, told Produce Report that Royal Grapes began to invest in these cultivars two years ago. The seven cultivars, among which five are red grapes and two are green grapes, all have at least 50% of their genes from Shine Muscat. One of the seven is called Yuhou, which reportedly boasts superior features to even Shine Muscat, including a stronger fragrance.

The patent rights for the seven cultivars are owned by AATI Holding Pty Ltd. This is a long-term investment for the company to bring these novel cultivars to Australia; it takes at least 18 months for a new grape variety to complete the fruit inspection and quarantine procedures and another two years to go through seedling cultivation.

David said that most grapes currently planted in Australia are cultivars originating from Europe or America, with Asian varieties very rarely seen on the market at present. Even so, he nonetheless holds the firm belief that in the coming years these grapes that have inherited excellent genes from the Shine Muscat cultivar will gain more favor among consumers, especially those in Asia. If everything goes as planned, the grapes will make their market debut in March next year and start seeing large crops in 2025. By that time, producers will target consumers in overseas markets, including China, Vietnam, Thailand, South Korea, Singapore and Malaysia, during a supply season that is expected to last from the end of January through April.

It is also worth noting that none of the seven varieties have so far been available in large quantities in any country. Because they have now adapted well to the Australian climate, other qualified growers will also be authorized to grow them in 2022 by AATI Holding.