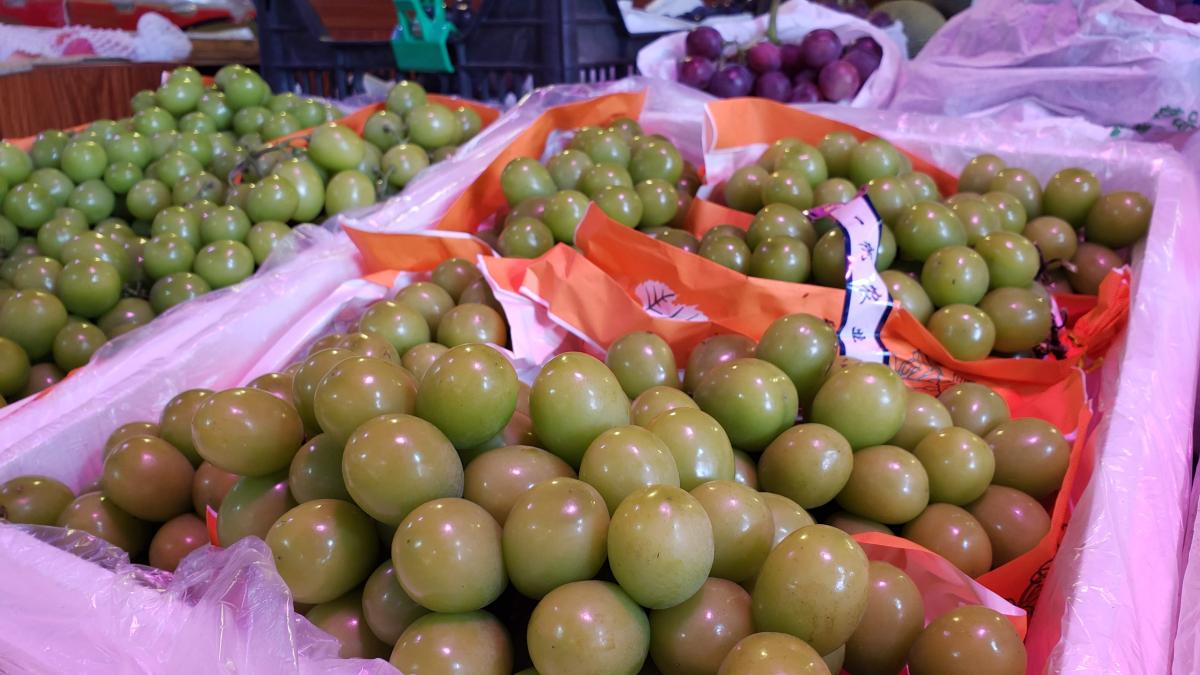 Stimulated by the high profits of the past few years, the growing area of new grape variety Shine Muscat (known as Yangguang Meigui, “Sunshine Rose,” in Chinese) has been expanding rapidly in China. Although prices began to trend downwards last year, planting of the variety had already taken hold across the country. This year, Shine Muscat grapes have become even more commonplace: in the past, they generally only appeared in premium supermarkets and high-end fruit stores, whereas now they can be found at e-commerce stores, mainstream supermarkets, neighborhood fruit stores, food markets and even roadside fruit stalls. In a few short years, the Shine Muscat grape variety has already achieved the same amount of growth that it took 20–30 years for other varieties such as Crimson Seedless and Red Globe to realize. It has displayed much more rapid and vigorous expansion than the Summer Black variety of 15 years ago.

It was certainly a roller coaster of a year for Shine Muscat prices. There were several reasons behind this pattern; one was the blind expansion of planting area, another was the slump in the consumer market at the time and a third was early harvesting affecting the variety’s reputation on the market. The reason for this early harvest was that in 2019 the Mid-Autumn Festival fell earlier than usual, so many growers rushed to harvest ahead of the festival when the grapes had not yet fully ripened. In the end, though, this backfired: the immature grapes that were released onto the market lacked flavor and sweetness, giving the Shine Muscat variety a less-than-stellar reputation.

Owing to their extensive spread throughout China, Shine Muscat grapes are now in supply more or less year-round. Shine Muscats from the Yunnan river valley area begin hitting the market from March until late April, owing to the province’s favorable geographic and climatic conditions. The local climate means that the grapevines can be pruned and germinate before the New Year and there is sufficient sunlight and a high enough temperature for the plants to continue growing and maturing throughout the winter. After successfully making it through the winter, the fruit begin to develop rapidly. From late May to early June, Yunnan completes its harvests, gaining a unique price advantage. Yunnan’s Shine Muscat grapes act as a bellwether for market prices across the entire country.

In late June and early July, Shine Muscats from neighboring Guangxi province begin entering the market. Compared to those grown in Yunnan, they have one notable difference: instead of being pale green, they are yellowish-green in color. Shine Muscats from Guangdong ripen at around the same time, and the harvest season continues until early September. Starting in August, Shine Muscats begin hitting the market in Hunan, followed by other regions with a similar latitude including Sichuan and Chongqing. Carrying on toward the north, the variety next hits the shelves in Zhejiang, Jiangsu and Shanghai, followed closely by Henan and Hebei. This continues until around early November. Even at New Year’s in the middle of winter, fresh Shine Muscat grapes are still hitting the market. Owing to the climate in the latter half of the year in Yunnan and Guangxi, as well as techniques that allow for two harvests in a single year, the second batch of Shine Muscats becomes ready for harvest between the beginning of the calendar year and the Lunar New Year.