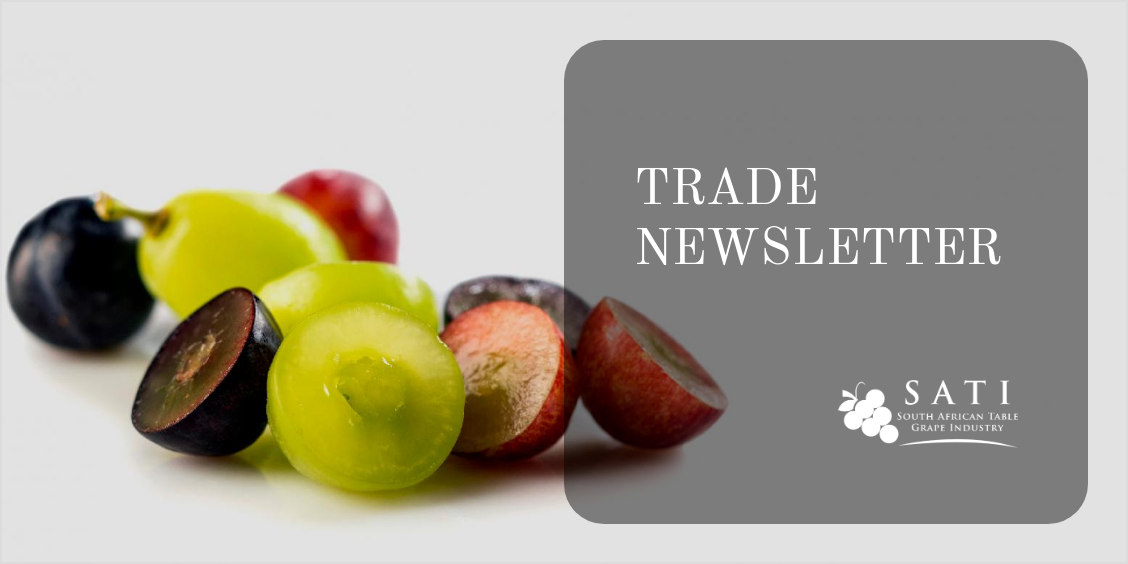 As a result of challenging weather conditions experienced this season in the Northern Provinces and Olifants River regions, it was decided to adjust the estimates for these two regions slightly downward with respect to the first crop estimate published in October.

In the Northern Provinces region, the packing season is drawing to a close, with only small quantities of Crimson and Autumn Crisp still to be packed during the next week to end off the season. Because it is now evident that the Northern Provinces region will not reach its previous lower estimate of 7.7 million cartons, the crop estimate for this region has been adjusted slightly to between 7.3 million and 7.7 million cartons.

Producers in the Olifants River region are currently packing Red Globe, Crimson, Allison, Sweet Celebration, Scarlotta and Krissy. This region has experienced a heat wave, which could result in significant decreases in the production volumes of certain cultivars. The crop estimate for the Olifants River region has therefore been adjusted slightly downward to between 3.1 million and 3.4 million cartons. It has been a very challenging season for this region. 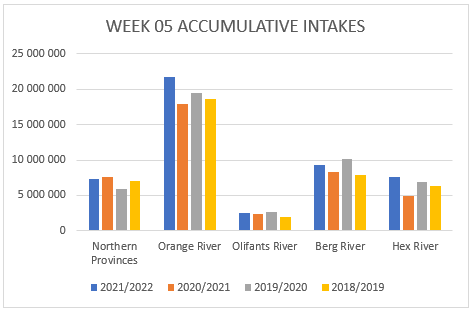 On the other hand, the estimate for the Orange River region has been adjusted upward on account of the fact that this region has already exceeded its previous upper estimate of 21.2 million cartons.

Orange River is also entering its last week of full-scale packing. The Blouputs area has wrapped up its season, while Augrabies and Rooipad are ending off their seasons with small quantities of Autumn Crisp, Scarlotta and Adora to be packed during the last week. The Kanoneiland and later areas are in the process of packing Sweet Celebration, Scarlotta, Autumn Crisp and Crimson. Next week will probably be the last week of full operation for this region.

Prospects for the Berg River and Hex River regions are very favorable, and it is expected that these two regions might reach, and possibly even slightly exceed, their previous upper estimates.

Berg River has experienced a good packing week owing to favorable weather conditions, and the prospects for the rest of the season are excellent. On the basis of the mid- and late-season volumes, all indications are there that the Berg River region could exceed its previous upper estimate of 19.5 million cartons. An adjustment to this effect will be considered in the next fortnight. Among the cultivars that are currently being packed are Crimson, Sweet Joy, Thompson, Scarlotta, Adora, Sweet Globe, Melody and Autumn Crisp. During the next week this region will start with the packing of the Sugra 35 and Scarlotta cultivars.

The Hex River region’s packing season is in fine shape, and both the yield per hectare for the early cultivars and the general quality of the grapes have been excellent. The main cultivars that are currently being packed are Crimson, Sweet Globe and Sweet Celebration. Packing of the Autumn Crisp cultivar will start next week.

Delays at the Port of Cape Town remain a challenge and are of major concern. The operational effectiveness is still too low given the peak shipping weeks that lie ahead. These issues are being addressed and followed up at the highest level between the industry and port authorities. SATI has encouraged producers and exporters to take extra measures and precautions to ensure and preserve product quality.

The following table shows the second crop estimate for the 2021/22 season issued by SATI based on the latest available information and historical data.

This article has been translated into Chinese. Read the Chinese article.