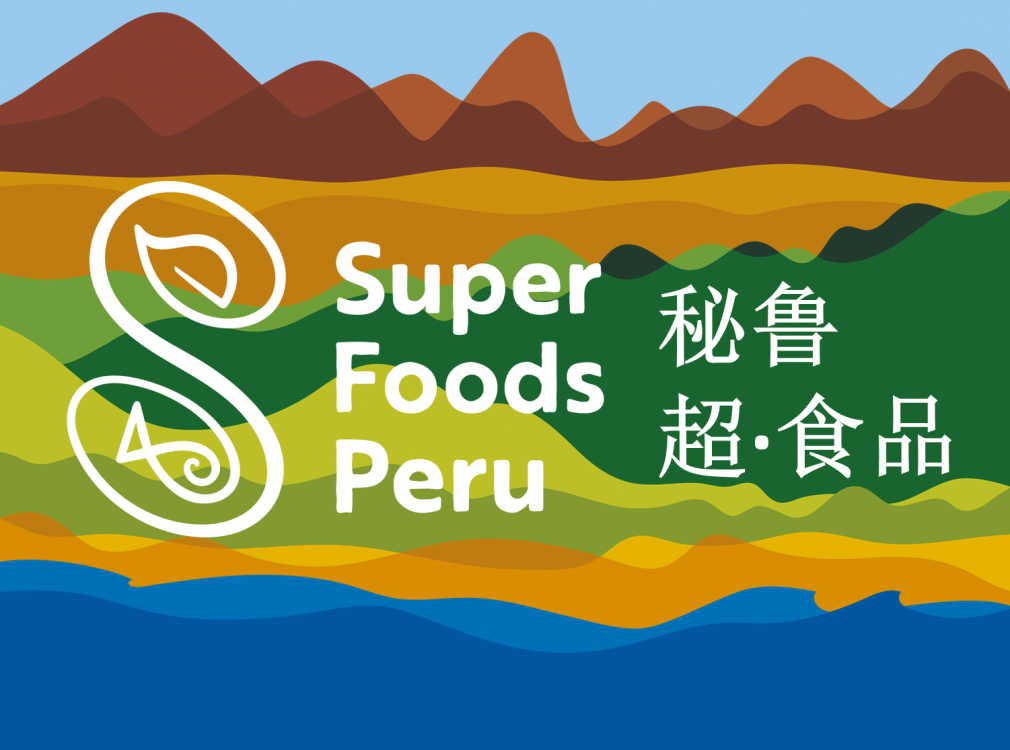 On May 3, Vladimír Kočerha, Economic and Commercial Counselor of Peru in Shanghai, gave an online lecture to listeners of Produce Report, in which he provided an update on Peru’s fresh produce exports to China, introduced Peruvian “super foods”, and discussed the activities of Peruvian suppliers at the upcoming China Fruit Logistica, to be held in Shanghai on May 14–16.

With 4% of the total fresh fruit exports to China and a total value of over 220 million USD, Peru was the ninth leading exporter of fresh fruits to China in 2017 according to recently released statistics. Six types of Peruvian produce are currently approved for export to China, namely, grapes, mangoes, citrus, asparagus, avocados, and blueberries. In particular, avocados and blueberries, which gained export approval in 2015 and 2016, respectively, have been very successful in penetrating the Chinese market, especially in the central and northern regions, and suppliers are actively monitoring the market and expecting this trend to continue.

Peru’s avocado season has just started and suppliers are making a big push this year to promote their produce in China. With avocado exports totaling 447 million USD in 2017, Peru is already the main supplier of avocados to the European market and the third largest supplier to China. Mr. Kočerha predicted that Chinese consumers should expect to see higher quality avocados on the market this year with slightly larger sizes and improved dry matter and taste.

Similarly, the volume and quality of Peruvian blueberries exported to China are expected to increase this year when the season begins in July. Peru’s total blueberry exports reached 356 million USD in 2017, during which Peruvian suppliers undertook their first full-fledged blueberry campaign in China. Exports are expected to be especially competitive during September and October when Peruvian blueberries are the only ones on the market.

Peru’s mango growers also expect to see increased exports to China later in the year during the mango season from October to February. The main mango variety grown in Peru is Kent, alongside smaller amounts of other varieties including Edward, Haden, and Tommy Atkins. Peru is one of the top mango suppliers in the world with a total export value of 190 million USD in 2017, most of which went to Europe and the U.S. This year, suppliers hope to improve shipping times to China while maintaining competitive prices.

Peru has also seen successes over recent years with grapes, for which it is the second largest supplier to China and still expanding production, and citrus, especially mandarins. Furthermore, Peru is the largest supplier of asparagus in the world, most of which goes to the U.S. and Europe, but it expects to be able to compete with domestic production to supply asparagus to Chinese consumers during the winter months.

Alongside these established products, Mr. Kočerha stated that Peruvian officials have been closely following recent regulatory developments for food imports to China and hope to receive approval for additional products in the near future. In particular, he expects the protocols for pomegranates and quinoa to be approved soon, followed by figs. The industry is also seeking out additional products that could be successful in China, such as organic bananas, for which Peru is already the leading exporter to the U.S. and Europe. Peru is also a prominent supplier of custard apples, passion fruit, and dragon fruit. 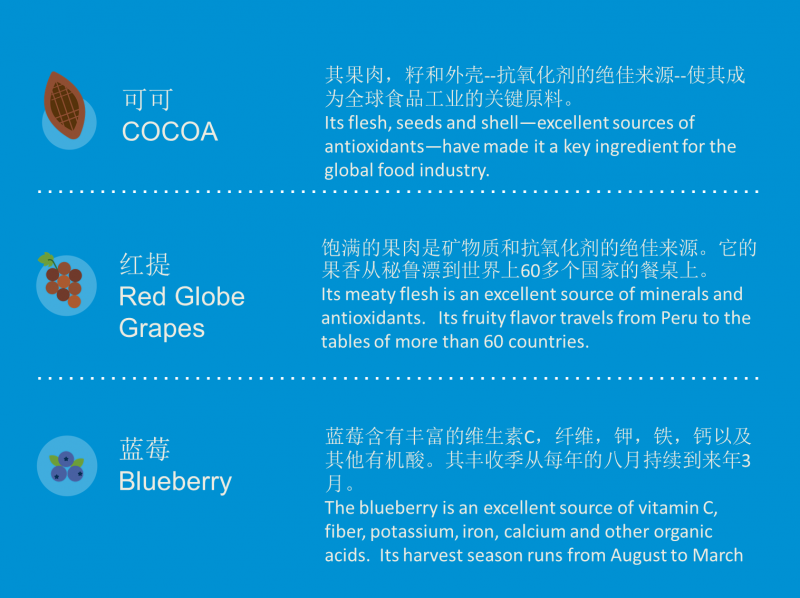 A key part of this strategy is the Super Foods Peru brand – nutritious and healthy fruits, vegetables, and other foods that are rich in vitamins, minerals, amino acids, and antioxidants. Super foods are considered to provide important nutrients and additional energy, improve people’s eating habits and wellbeing, represent vital components of virtually all nutritious diets, and ideally be grown in a sustainable manner, ultimately promoting a healthy and environmentally friendly global diet. The super food concept has become more prominent over recent years, with the launch of new super foods and beverages based on them growing by 202% between 2011 and 2015. 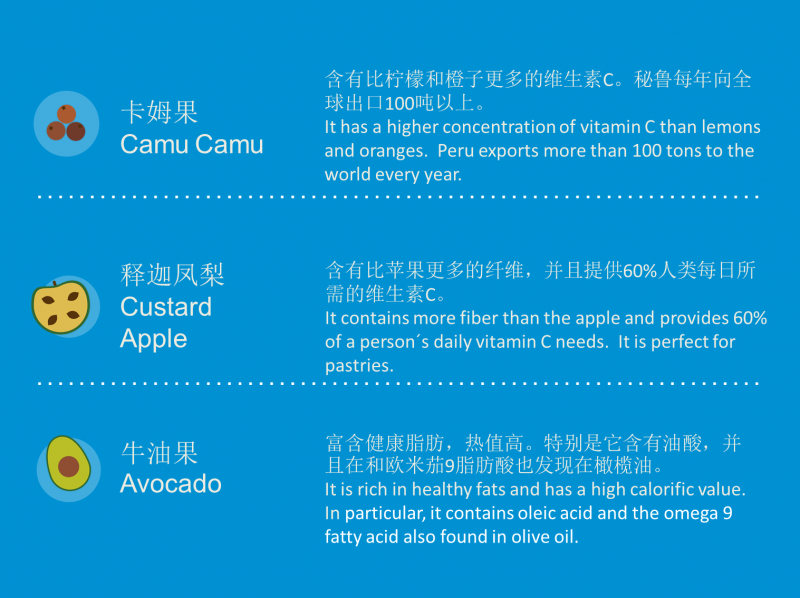 Mr. Kočerha explained that the popularity of the super food concept in the Peruvian food sector and the origin of the Super Foods Peru brand stem from Peru’s position as the world’s “super pantry” – in a diverse country that boasts 28 of the world’s 32 climates and 84 of the planet’s 117 life zones, many of these super foods can be grown and harvested. In fact, Peru produces more than 30 such super foods, including fruits, vegetables, grains, and bluefish. These include both fruits and vegetables that are already being exported to China, such as asparagus, avocados, blueberries, citrus, mangoes, and Red Globe grapes, and those that Peru hopes to export to China in the future, such as custard apples, dragon fruit, passion fruit, and pomegranates. The Super Foods Peru range also comprises other food products such as cocoa, maca, purple corn, and quinoa, alongside less well known Peruvian fruits such as camu camu, which has a higher vitamin C concentration than even lemons and oranges, and golden berries, which are high in vitamins A and C and beta-carotene. 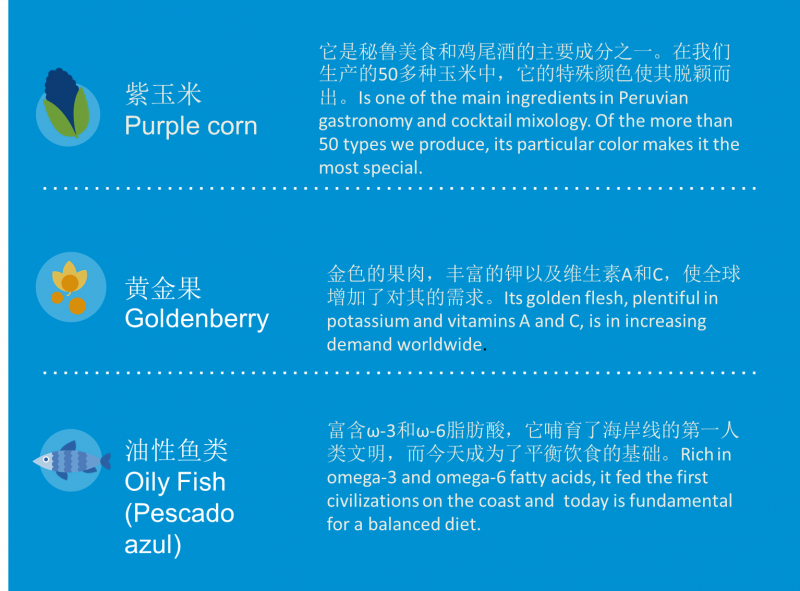 Mr. Kočerha invited listeners and readers interested in learning more to visit the Peru Pavilion (booth G16) at China Fruit Logistica in Shanghai on May 14–16, which will feature a chef and product tastings to allow visitors to experience firsthand the benefits of Peruvian super foods. This year will be the first such event to be held in mainland China and is ultimately expected to become the leading national event for China’s fresh produce industry. Representatives from a number of major players in the Peruvian produce sector will also be in attendance to showcase their products, including Camposol, Danper, and Camet Trading. 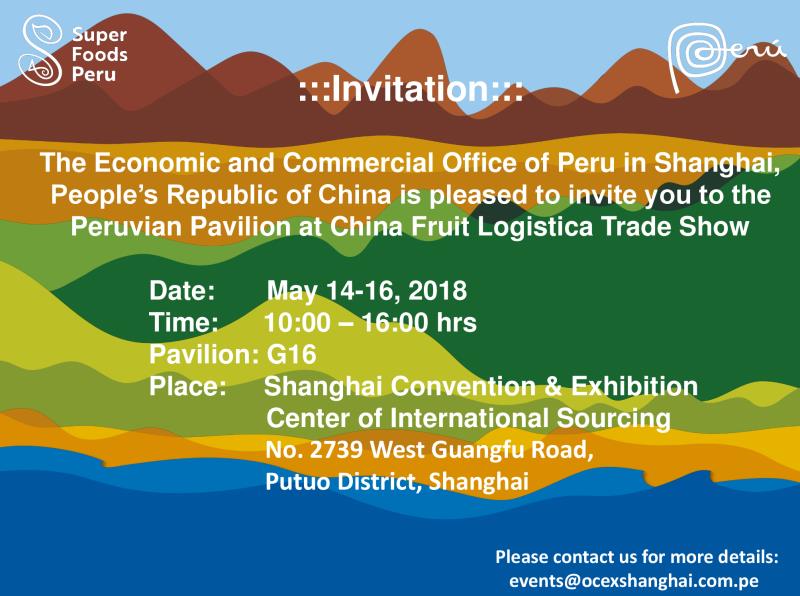 Following the lecture, Wilfried Wollbold, General Manager of China Fruit Logistica, joined in to give more details of the event and invite listeners to visit and make new business connections. Mr. Wollbold explained that exhibitors from 18 countries will be in attendance to showcase their products and services, including Australia, Canada, Egypt, Finland, France, Israel, Italy, Japan, Malaysia, Turkey, the U.S., and Uruguay. He encouraged potential visitors to purchase their tickets online prior to arrival to obtain a 35–40% discount on the ticket price.

Image source: Economic and Commercial Office of Peru in Shanghai 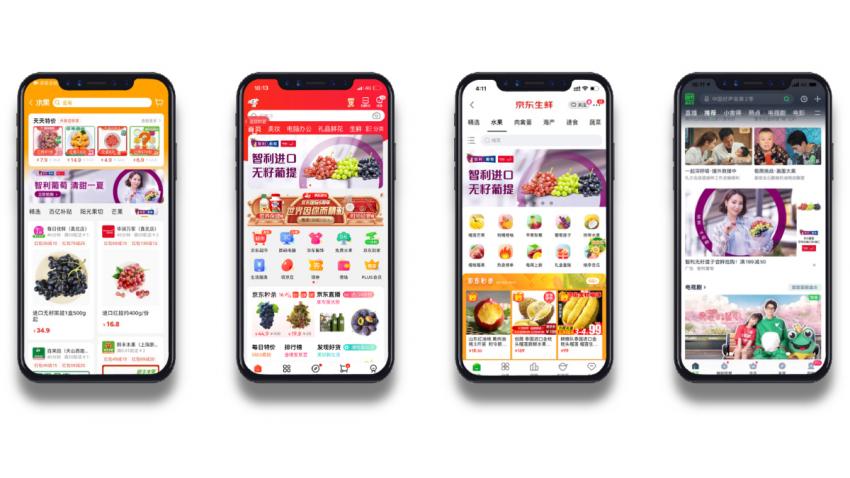 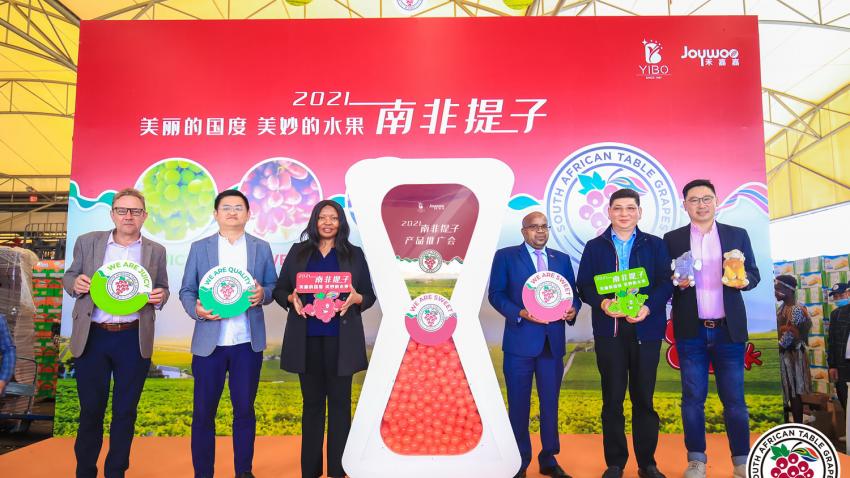 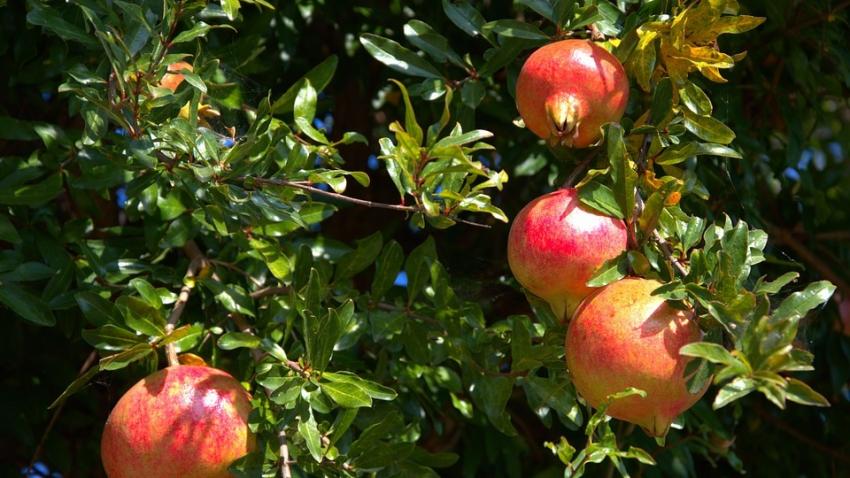 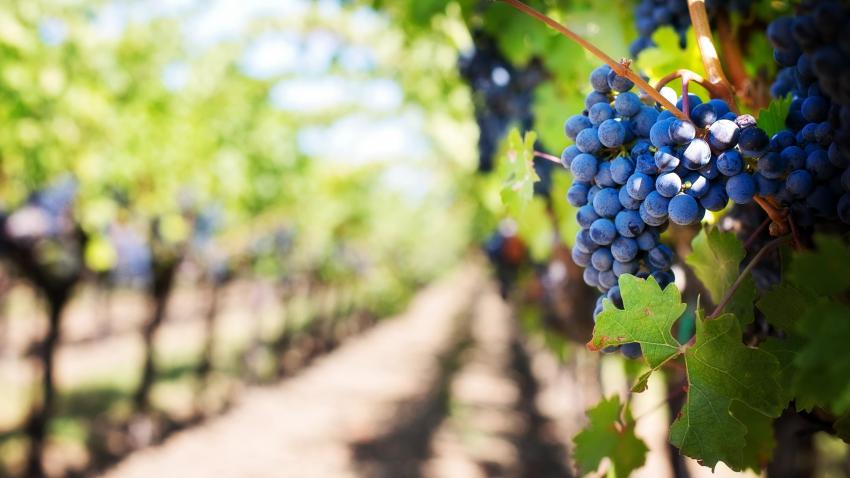