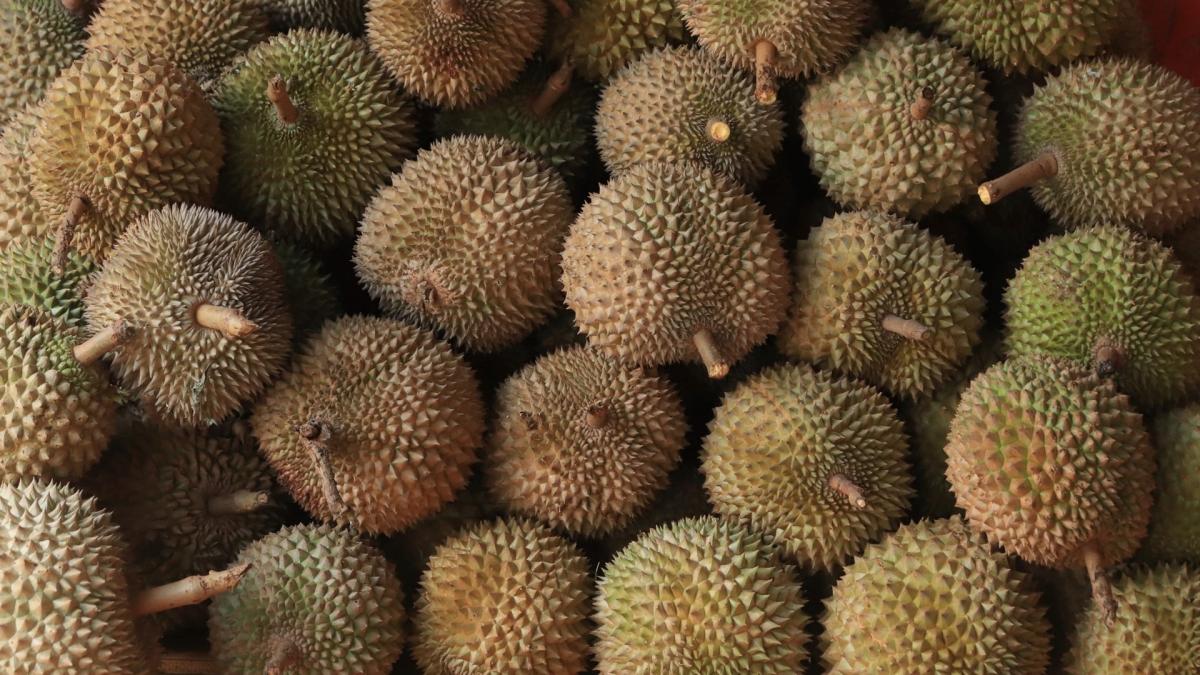 According to an article in the global edition of China Daily, the latest durian risk index report released by Dr. Yi, director of the International Trade Research Center at the University of the Thai Chamber of Commerce, indicates that it will be difficult for Thai durian exports to maintain the same high rate of growth for the five years starting from 2022.

Owing to heavy reliance on the Chinese market, durian prices in Thailand are dependent on increasing exports to China. The durian cultivation area in Northeast Thailand has increased almost sixfold in the past decade, with many farmers who formerly grew rubber, cassava and other crops switching to durians. By 2026, annual durian production in Thailand is expected to increase by 338,000 tons, five times the increase achieved over the past decade.

Across the next five years, Thai durians are expected to average 146 Thai baht ($4.13) per kilogram, with prices fluctuating based on Chinese market demand. Asia-Pacific and global durian production is expected to increase during the same period. The report predicts that total global output will more than double during the next five years, with total export volume and domestic sales showing comparable increases. Global annual production is expected to increase by 612,000 tons, with an increase in annual exports of 274,000 tons.

The report pointed out that Thai durian prices are dependent upon good China–Thailand relations. If the consumption of durians in China continues to increase and the quality of Thai durians remains excellent, durian prices will be bullish across the next five years. Factors that may trigger a fall in price include problems in the relationship between the two countries, a decline in durian quality, increased durian production in China and other countries, smuggling/mislabeling issues, cross-border transportation problems, climate issues, labor shortages and the impact of the continuing epidemic on Thailand’s durian production.