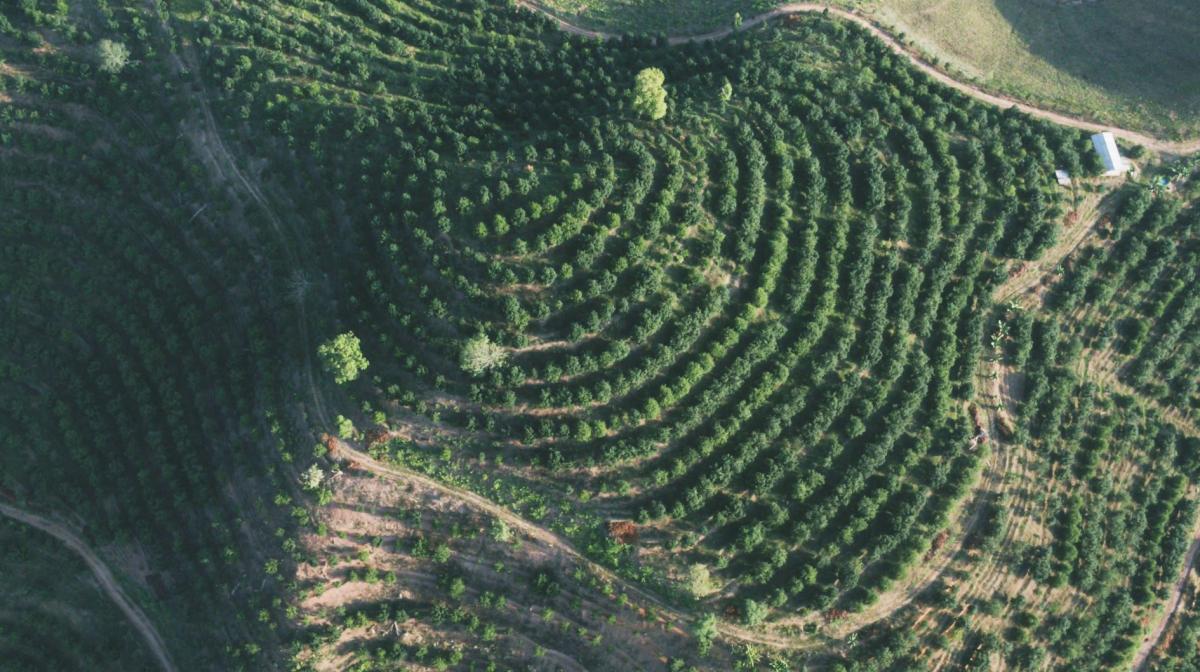 In the rolling hills outside of the city of Lincang in China’s Yunnan province, row upon row of macadamia trees, with their harvest having just been completed, are still lush. Macadamias, the common Chinese name of which translates literally as “Hawaii nut,” actually come from Australia, where a botanist named them after his friend, the polymath John Macadam.

In the past thirty years, Yunnan has developed from scratch a planting area of nearly 4 million mu (266,666 hectares) of macadamia trees and is about to replace Australia as the largest macadamia producing region in the world. This considerable change is inseparable from the efforts of one person: Chen Yuxiu (陈榆秀), chairman of the Yunnan Macadamia Society and general manager of Yunnan Macadamia Industry Development Co., Ltd. For a firsthand account of macadamia cultivation in Yunnan, Produce Report interviewed Chen. 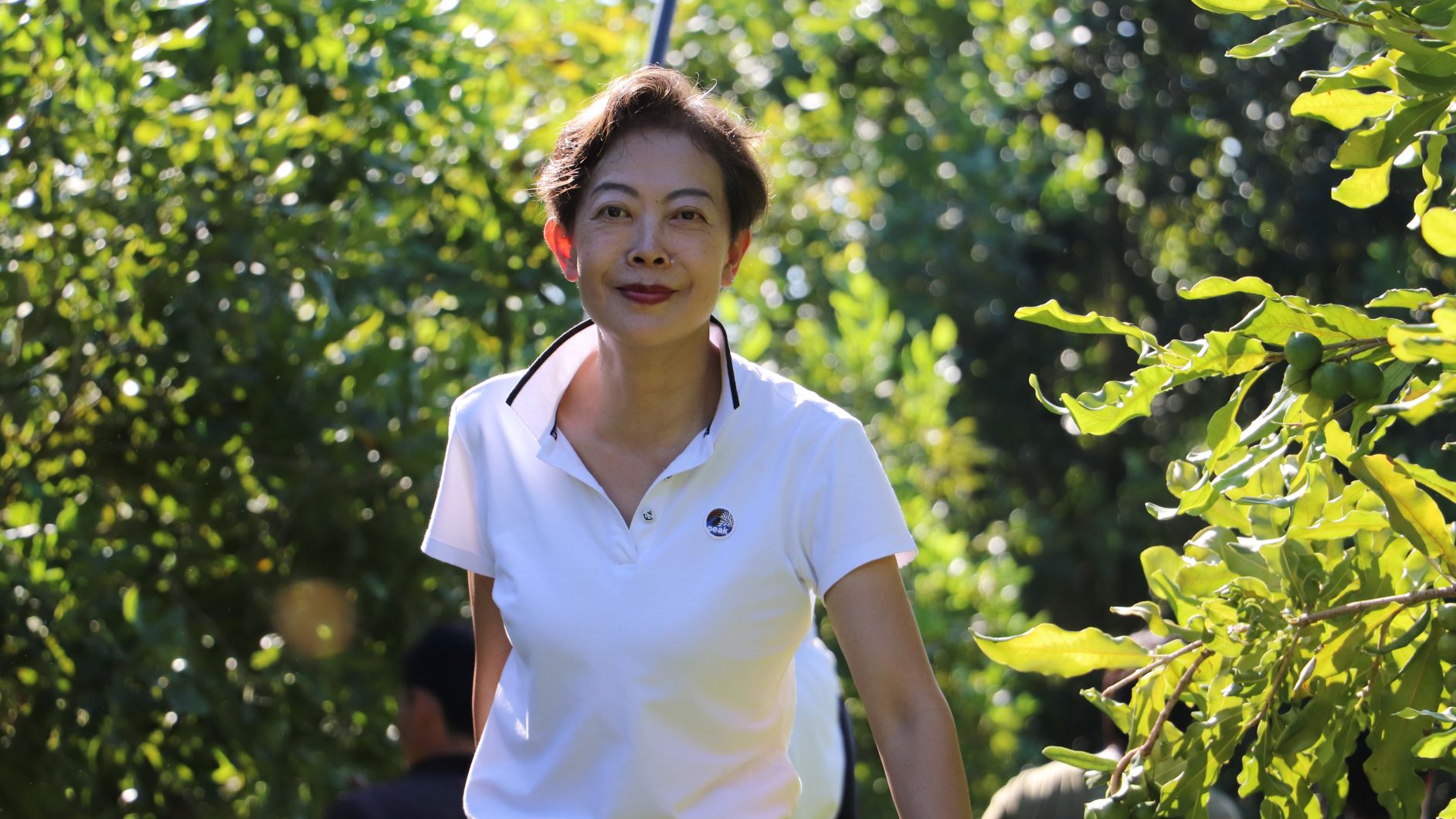 Chen said that owing to vigorous promotion by the local government, macadamia plantings have currently surpassed 3.8 million mu (253,333 hectares) in Yunnan and will reach 4 million mu in two to three years, then accounting for 56% of the world’s total macadamia cultivation. Based on Chen’s forecast, China will produce 46,000 to 50,000 metric tons of nut-in-shell macadamias in 2022, of which the provincial-level region of Guangxi will contribute around 8,000 metric tons, while the remainder will come from Yunnan. At present, China’s macadamia market is still heavily reliant on imports, with domestically grown nuts only taking up 10% of consumption. However, as an increasing number of consumers become aware of the fact that China itself is a major macadamia producer, it is expected that the proportion of domestic nuts will rise year by year.

It took a group of people including Chen thirty years to introduce macadamias to China. The first macadamia seedling in China was brought in by a Guangdong businessman in 1979. The seedling finally took root in Yunnan after a journey through Guangdong and Guangxi provinces. In the 1980s, the Yunnan Institute of Tropical Crops began trial cultivation of macadamias. At that time, Chinese consumers knew almost nothing about this type of nut. The original intention of the local government was to lift ethnic minorities living in Yunnan’s mountainous border areas with Myanmar and Laos out of poverty by growing and exporting macadamias. This period is also when macadamias evolved into a crucial part of Chen’s life. 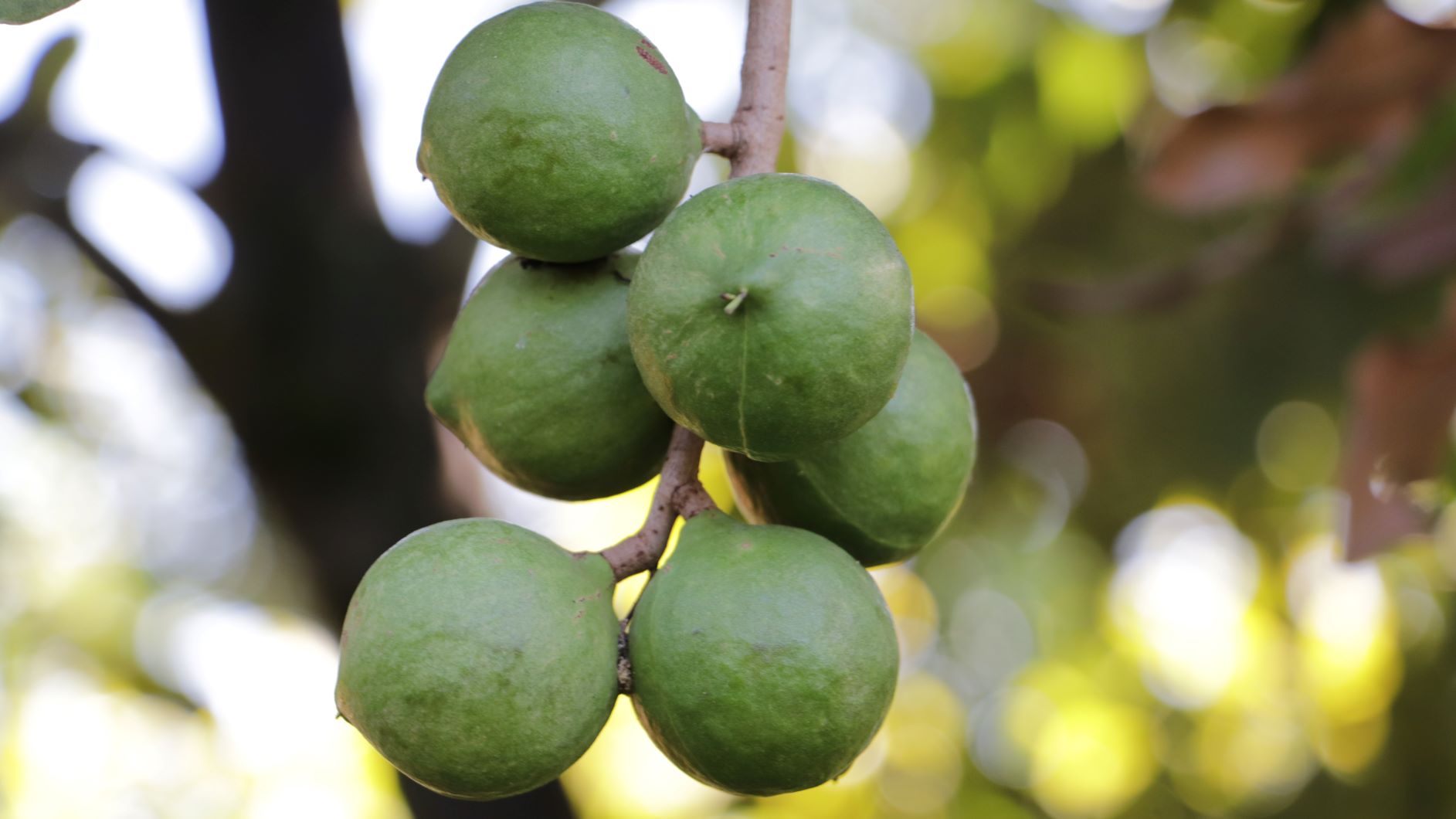 In 1992, with government support, she joined hands with experts from the Yunnan Institute of Tropical Crops to import into China 30 metric tons of macadamia seeds. Six years later, Yunnan had 30,000 mu (2,000 hectares) of macadamia plantings. However, since it took eight years for the crop to bear fruit, many farmers ultimately decided they couldn’t wait so long and chose to cut down their trees to make room for other crops.

In 2003, Chen decided to take the lead in the development of macadamia cultivation in China. She introduced both funds and technologies from abroad to set up Yunnan Macadamia Industry Development Co., Ltd. By working with Dr. John Wilkie—a world-renowned macadamia specialist—Chen successfully screened down to seven cultivars suitable for the local environment. Due to technological advances and varietal improvement, it ended up taking just four years for macadamia trees to begin flowering and bearing fruit in Yunnan. By 2006, Chinese consumers had begun to take notice of macadamias and their health benefits. The burgeoning domestic market meant even greater potential for Yunnan macadamias. From 2013 to 2018, macadamia cultivation in Yunnan experienced its first phase of rapid development. 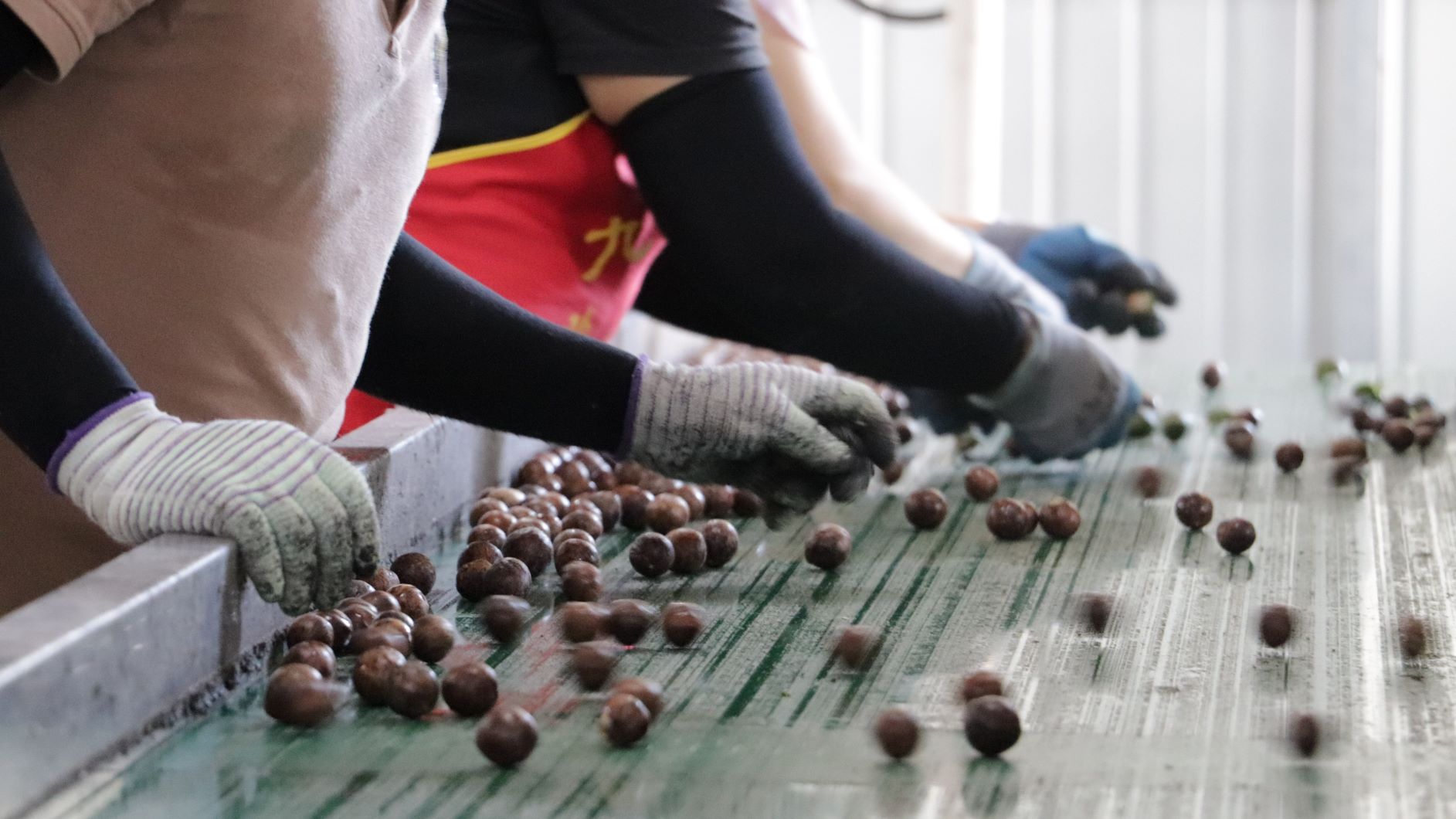 The second phase of explosive growth took off from 2018. That year, Chen alongside the Lincang Municipal Government won the bid to host the 8th International Macadamia Symposium. This small and remote city in southwestern China’s Yunnan province came under the spotlight of the global nut industry. The next year, Chen chose to move into retail by opening a macadamia shop on Alibaba’s Tmall, the largest B2C e-commerce portal in China. Three years later, her second Tmall shop dedicated entirely to macadamias went online. In addition to satisfying the taste buds of more Chinese consumers, Yunnan-grown macadamias also intend to gain international market share in the future. Chen told Produce Report her next priorities will be to further increase the quality and consistency of macadamias and apply more automated technologies to their cultivation. 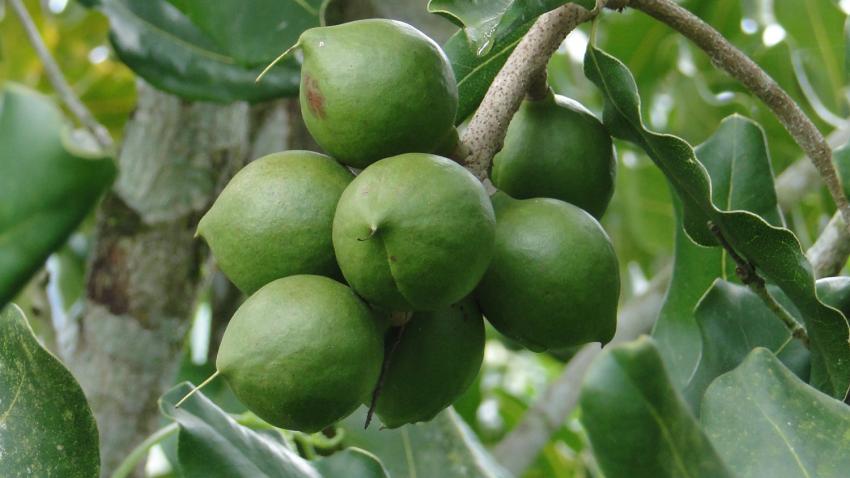