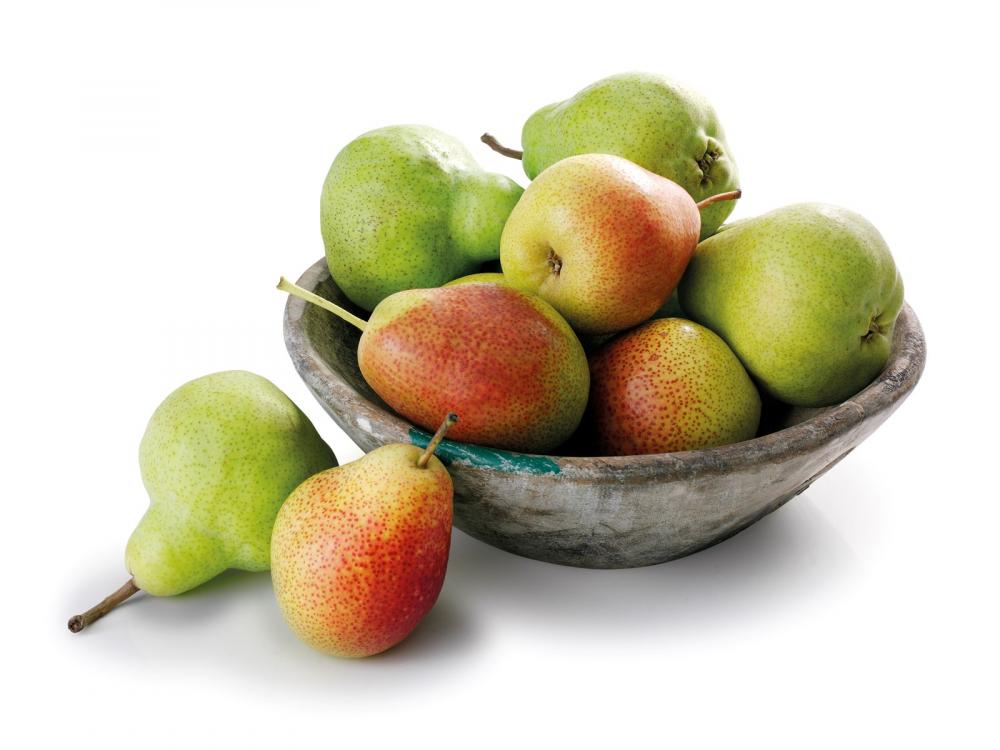 China has continued to be a bright spot for South Africa’s apple and pear industry in 2022. South Africa’s exports to China of fresh apples extended a yearslong growth streak and once again exceeded 1 million cartons. Meanwhile, the first ever shipments of fresh pears from South Africa to China took place. Although South African fruit growers continue to face enormous challenges, the industry has made progress in addressing logistics bottlenecks, setting the stage for smoother exports and continued development in China and other markets in 2023.

“We have already shipped trial shipments of Forelle and Packham’s Triumph to China this past season, which were received very well,” said Jacques du Preez, general manager for trade and markets at Hortgro, the South African deciduous fruit industry association, who delivered a webinar about South African apples and pears to Produce Report readers earlier this month. “We hope that exports to China can grow in the future and it can become our biggest market in the East.”

The first pear shipments to China went in mid-August. Despite the late start, by the end of the year, at least 12 shipments were made, with the export volume reaching nearly 400 metric tons on the year. Considering that South Africa’s pear harvest starts in January, there will be a much longer export window to China in 2023. The longer export window and increasing awareness of the availability of South African pears among the Chinese trade mean that it is likely that volumes will rise in 2023. 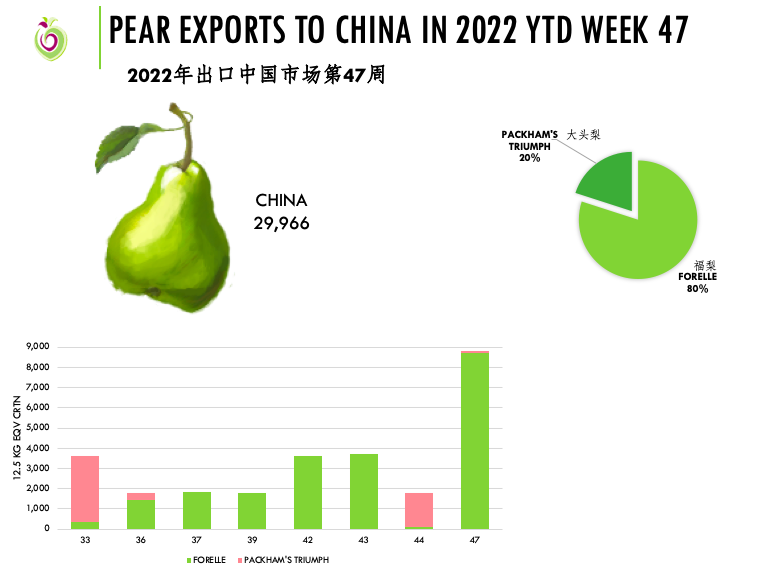 South Africa produces approximately 460,000 metric tons of pears annually, with the large majority of orchards situated in Western Cape province. Around half of this volume is exported. Hortgro projects that over the next five years, South Africa’s pear exports will grow by 10%.

Of the more than 10 commercially important green, brown and blush pears produced in South Africa, du Preez believes that Forelle, Vermont Beauty and Packham’s Triumph have the most potential in the Chinese market. Forelle and Vermont Beauty are in fact different color specifications of the same cultivar, with the former being the blushed version and the latter the unblushed version. 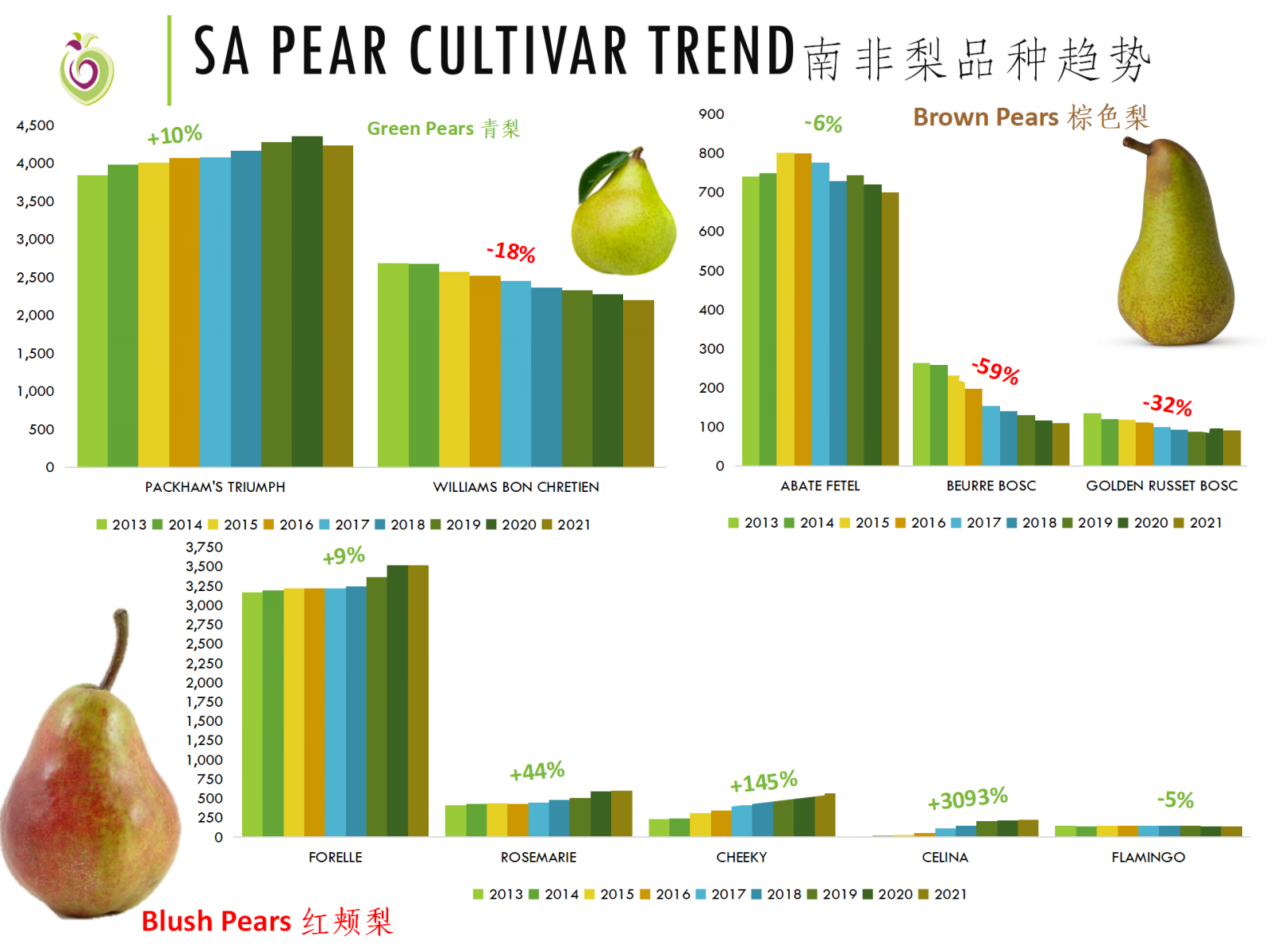 South African growers have in recent years been increasing plantings of non-Forelle blush varieties like Rosemarie, Cheeky and Celina that may also be suitable for the Chinese market.

As with other fruit producers in South Africa, the country’s apple and pear producers operate in a difficult environment. On top of challenges such as securing adequate supplies of water, power outages and coping with steadily declining profit margins, export logistics has been a particular thorn in the industry’s side for the past few seasons. Shipping delays are furthermore an issue of acute concern to Chinese traders given the long ocean voyage from South Africa.

According to du Preez, during the past year the Port of Cape Town—from which most South African apples and pears are exported—has added new equipment and loading facilities and cargo throughput has increased. Additionally, a strike that had caused significant slowdowns has been resolved, leaving further work stoppages unlikely during the next two to three years. Shipping of apples and pears from South Africa is expected to be more stable and reliable in 2023.

Not only did South Africa’s pears get off to a positive start in China, it was also another good year for apples. South Africa was the second largest supplier of imported apples to China behind New Zealand during the first three quarters of the year. This year, the country will once again hit the milestone set last year of exporting more than 1 million cartons (12.5kg) of apples to China. As of Week 44, South Africa’s apple exports to China for 2022 stood at over 1.1 million cartons, or approximately 13,888 metric tons.