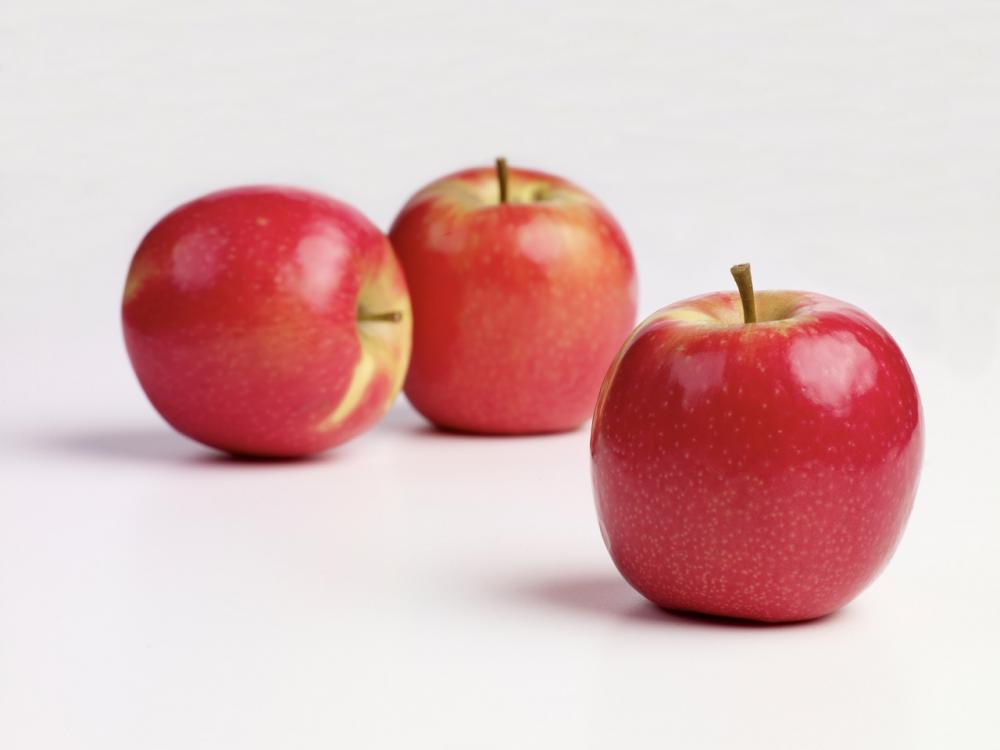 Strong bilateral trade ties, counterseasonal production and good value are among the characteristics that have driven the surge in exports of South African apples to China over the past few seasons.

Another important factor has been the ongoing promotional effort in China of Hortgro Pome, the industry organization representing South Africa’s more than 600 apple and pear growers. Hortgro has partnered with well-known Chinese fruit importers, distributors and retailers including Pagoda, Joy Wing Mau, FruitDay and City Shop to carry out South African apple promotions. 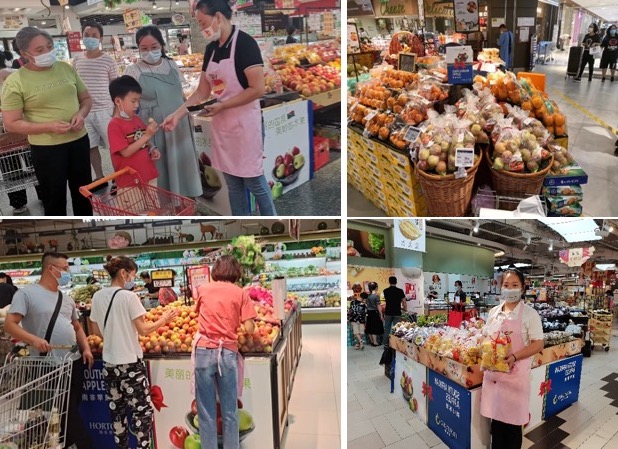 Joy Wing Mau this season used its extensive distribution network to place South African apples in a range of mid- to high-end supermarkets including brands like Olé, BLT and Yonghui. FruitDay and City Ship took a strategy of highlighting the quality, taste and other key characteristics of South African apples to their customers via apps and social media accounts. These digital communications were followed by offering samples of the sweet, crisp and juicy apples to in-store customers. 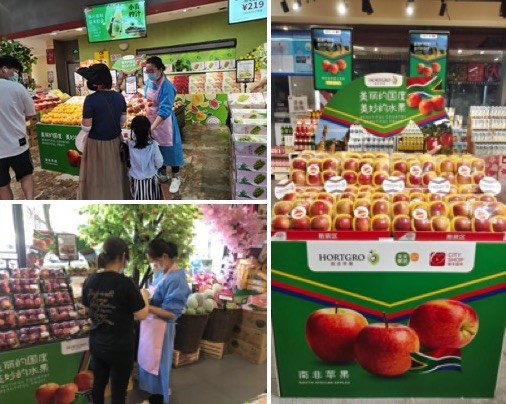 Pagoda continued promoting its own-brand Newton Apples, which is comprised exclusively of Fuji apples from South Africa. The nationwide chain of more than 5,000 stores created special displays and signage for Newton apples at 60 high-performing outlets in Shenzhen, Guangzhou, Hainan and Chongqing. The merchandising further boosted the already strong sales of Newton Apples in these outlets. Pagoda’s whole initiative, which also included digital promotions and in-store tasting sessions, helped it move a remarkable 440 tons of South African apples in a 10-day period. 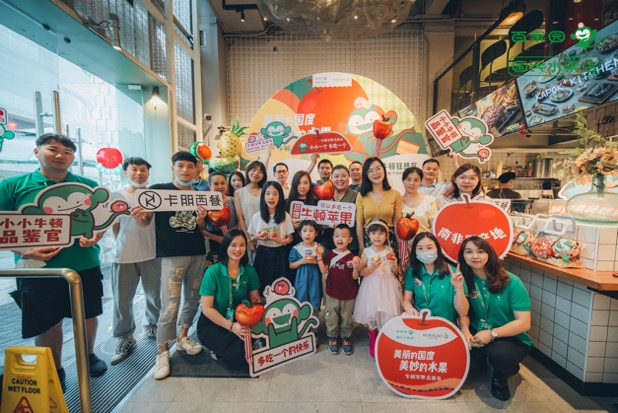 Pagoda selects small-sized, sweet South African Fujis for its Newton Apples, and these have been a hit with kids and their parents. Other retailers, meanwhile, reported good results this season with South African Cripps Pink variety apples. The more balanced tart and sweet flavor of this variety has found resonance among young adult consumers. Guangzhou-based importer Jaze Fresh Produce, seeing the potential of Cripps Pink for this consumer segment, chose to promote the apples in a special live broadcast event. 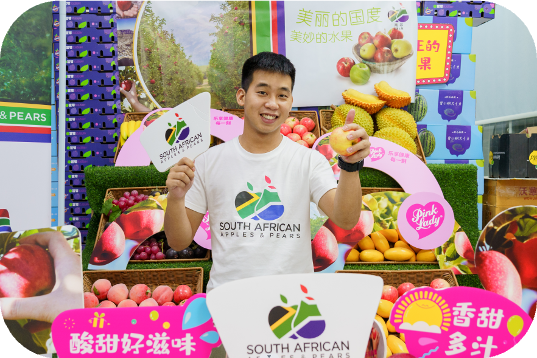 According to Jaze, Chinese consumers now typically prefer South African apples over most domestically grown apples from China. The company believes that on top of a general consumer preference for imported fruits, promotions are increasing consumer awareness and knowledge about South African apples’ strong value proposition. Through intensive promotions, Jaze more than doubled its sales volume of South African apples during late September and early October.

South Africa is China’s biggest trading partner on the African continent, with combined imports and exports of approximately $54 billion in 2021—more than double the combined trade flows of second-place Nigeria. Given these strong trade ties and the receptivity of consumers, it will not be surprising to see South African apple exports to China continue to grow in coming years. Fuji, Gala and Royal Gala are the main apples being shipped from South Africa to China for the moment. In the future, however, there is strong growth potential in China for newer varieties grown in South Africa such as Bigbucks (marketed as Flash Gala).