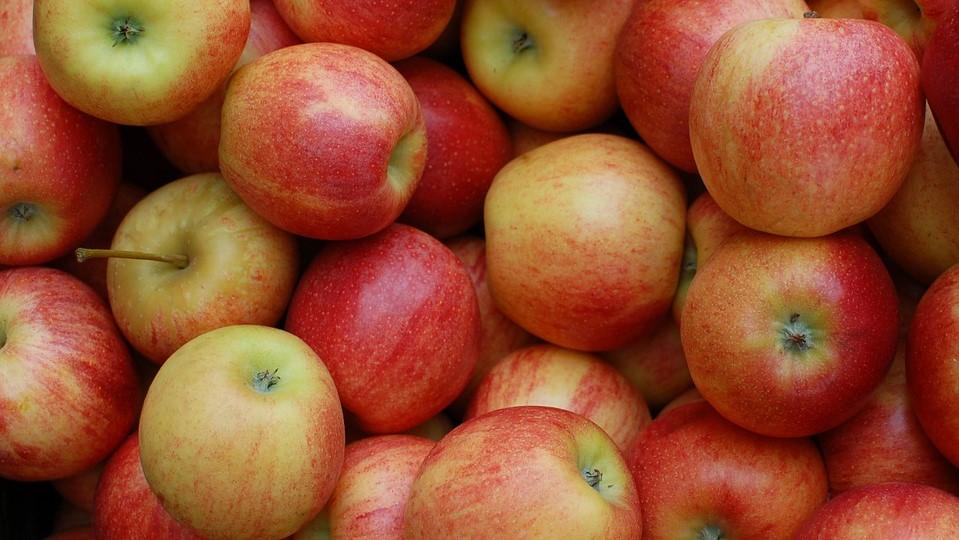 In mid-June, China’s early-season apple varieties such as Tengmu No. 1 (藤木一号) and Xiahong (夏红) began to hit the market. Since then, the prices of these apples have displayed a downward trend, casting a shadow over this year’s apple season.

The farm gate prices for Tengmu No. 1 and Xiahong apples of average quality were recently hovering around 0.6 Chinese yuan per jin ($0.19 per kilogram). Some Tengmu No. 1 apples with a small fruit size and unappealing appearance only sold for 0.3–0.4 yuan per jin ($0.09–0.12 per kilogram), while even the best-quality apples were not fetching more than 1.2 yuan per jin ($0.37 per kilogram). Gala apples originating from various producing regions throughout China are expected to reach the shelves between mid-July and mid-August, creating a nationwide apple market dominated by early-maturing varieties. By September, other varieties such as Luli (鲁丽), Red Gala (红嘎啦) and Huashuo (华硕) are expected to hit the market, which is very likely to further drive down apple prices. A huge apple reserve is also exerting downward pressure on prices. Although China’s apple reserves have decreased from 5 million tons to 3 million tons since May this year, the latter figure still marks a historic high for this period.

With respect to China’s apple production this year, forecasts from different sources deviate somewhat. According to a recent report by the U.S. Department of Agriculture’s Foreign Agricultural Service, China’s apple crop is anticipated to drop by 1.9 million tons owing largely to frost damage in key apple-producing provinces in Northwest China. Conversely, some industry insiders have predicted a larger apple crop this year unless extreme weather events occur later in the season. As China’s apple output is unlikely to drop significantly this year, most insiders expect that prices will fall further in the coming months.

Although China’s domestic market saw lukewarm apple consumption in April and May, apple exports also started to pick up during this period. In May 2021, China exported 65,900 tons of apples to overseas markets with a total value of $90.1 million, corresponding to year-on-year increases of 16% and 26%, respectively. In May 2021, the top ten markets for Chinese apples by export volume were Indonesia, Nepal, the Philippines, Thailand, Bangladesh, Vietnam, Myanmar, Hong Kong, Malaysia and the United Arab Emirates. That month, Indonesia, ranking first among the top ten, imported 12,900 tons of Chinese apples with a total value of $17.1 million.