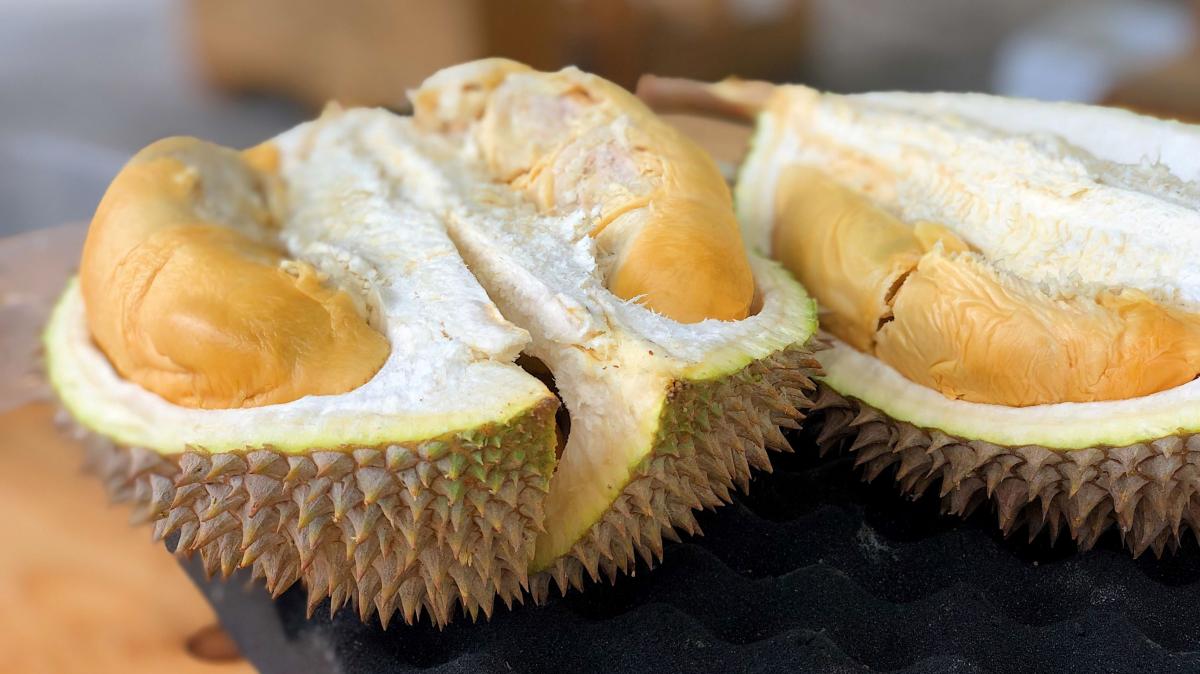 Durian producers in Malaysia have warned that prices are set to increase following a 60% decrease in production this year.

According to a report in The Malaysian Insight, producers have blamed two main factors for the anticipated price hike: a rise in fertilizer prices due to the ongoing Russia–Ukraine conflict and a sharp decline in throughput at the Port of Shanghai, which has affected Malaysian durian exports. Furthermore, heavy rains have impacted this year’s durian crop, which is typically harvested in May, leading to a 60–80% reduction in Musang King and Black Thorn durian production in the states of Penang, Johor and Pahang.

Heng Mee Oo, the owner of Orcheeking Enterprise, said that an orchard expected to produce 10 tons of durians might harvest as little as two tons this season as a result of the bad weather. Black Thorn durians currently cost approximately 100 Malaysian ringgit ($22.85) per kilogram, up from 75–80 ringgit ($17.14–18.28). Heng believes that prices have been pushed up further by high operating costs, labor shortages, rising fuel and fertilizer prices, and soaring transportation costs.

The value of Malaysia’s durian exports more than doubled between 2016 and 2020, surging from 69.9 million ringgit ($16.0 million) to 145 million ringgit ($33.1 million). Tan Sue Sian, the managing director at Top Fruits, predicts that exports of frozen durians will drop 50% this year despite strong demand from China. However, even if Musang King durians remain above 60 ringgit ($13.71) per kilogram this year, Tan believes that durian fans will keep buying the fruit, even as consumers become more cautious.

China is the leading market for Malaysian frozen durians, accounting for more than 80% of total exports. According to a report in the Nanyang Business Daily, China’s stringent epidemic controls have caused the shipping time for durian exports to double from 13–14 days to 28 days. The report stated that the drop in durian production has yet to have a severe impact on the Chinese market, which has long since adapted to extended shipping cycles.