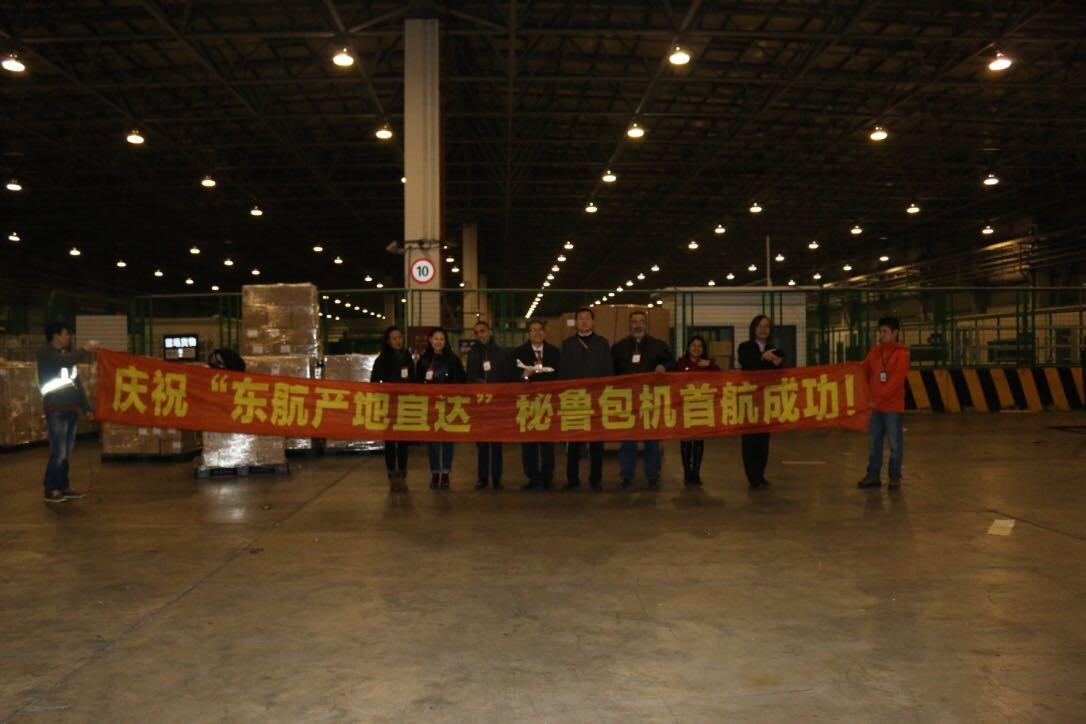 The first chartered cargo flight from Peru carrying 50 tons of blueberries, mangoes, asparagus and shrimp landed at Shanghai Pudong International Airport on November 23, marking a new era in air shipping of Peruvian fresh produce to China. In the past, air freighting fresh produce from Peru to China required 3-4 days of lead time. The charted flight that landed in Shanghai last week took only 25 hours including a refueling stopover in the US.

The blueberries onboard were the first to be exported by Peru to China following the granting of export approval by China.

The idea of transporting produce from Peru to China by charter flight was reportedly raised by Peruvian President Pedro Pablo Kuczynski during a visit to China in September. Then, during Chinese President Xi Jinping’s trip to Peru recently for the APEC leaders’ summit, the two sides formally signed an agreement allowing Peruvian blueberries to be exported.

The speed with which the two sides have moved on blueberries and charter flights are evidence that not everybody is standing still in the wake of the near-certain collapse of the US-backed Trans-Pacific Partnership trade pact. China has been moving with great efficiency in recent years on a variety of bilateral and multilateral trade agreements that are liberalizing its trade with other countries in fresh produce.

Peru is a newcomer to blueberry production. After only starting large scale production five years ago, it has rapidly become one of the world’s three largest blueberry exporting countries. Despite being affected by the El Niño phenomenon, growth of Peru’s blueberry production is expected to continue. In 2015, Peru exported 11,327 tons of blueberries in total, with the US, the Netherlands, the UK and Canada as its major export markets. In the first quarter of this year, total exports amounted to 3,600 tons, a four-fold year-on-year increase.

With the China-Peru Free Trade Agreement in place since 2009, bilateral trade between the two countries has been booming. This air shipment of fresh produce and seafood to Shanghai has significant implication to the further opening of the China market for these Peruvian products. According to China Eastern Airlines, this was the first of many chartered flight carrying Peruvian products to China, with frequency of flights in the future to be determined largely by seasonal need.