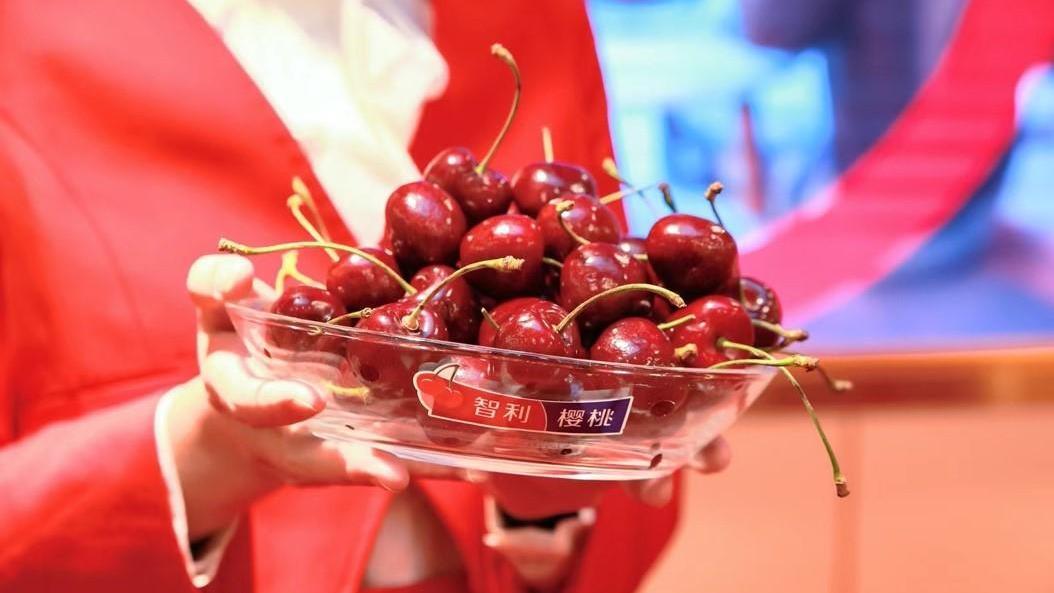 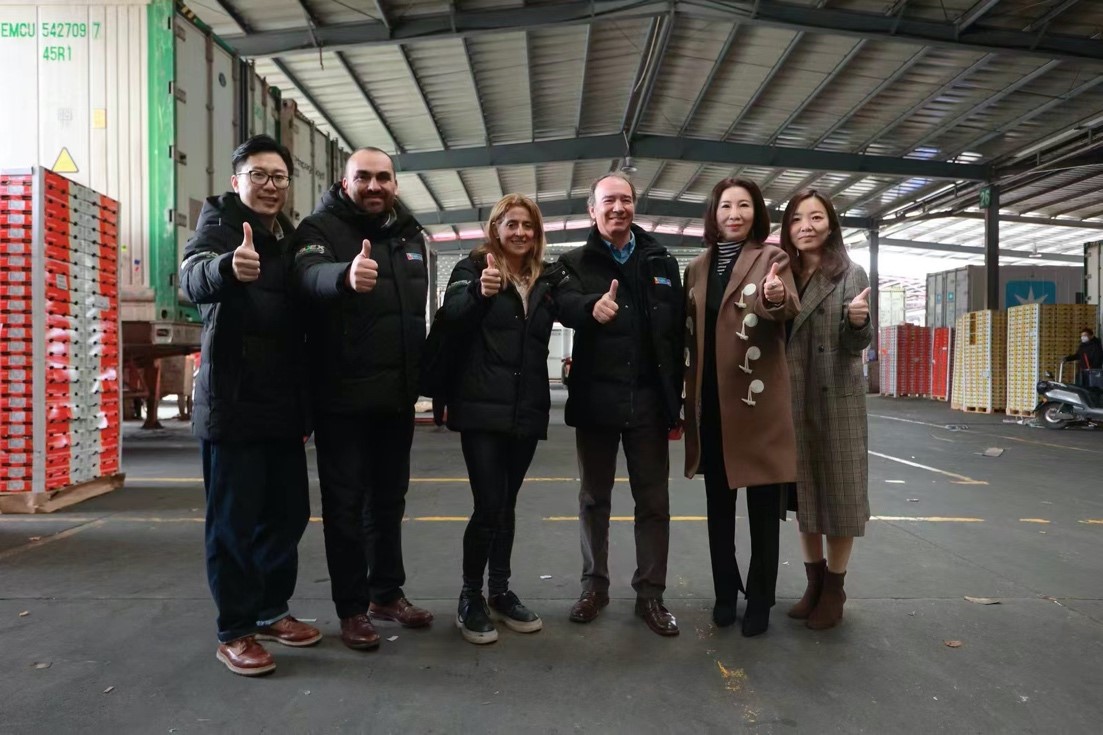 Guangzhou’s Jiangnonghui Fruit Wholesale Market plays a key role as a receiving and trade hub for Chilean fruits such as cherries, blueberries and prunes, as well as in the distribution of fruits to retailers and secondary markets around China. The trading volume of Chilean cherries at the market this season is approximately 250 containers per day.

During the visit, the delegation met with Zheng Nanshan, general manager of the Jiangnonghui wholesale market. At the meeting, both sides agreed to deepen cooperation and promote the distribution of Chilean fruits, especially in China’s lower tier cities. Afterward, ASOEX hosted a Chilean fruit networking luncheon for representatives of major importers and exporters in China. 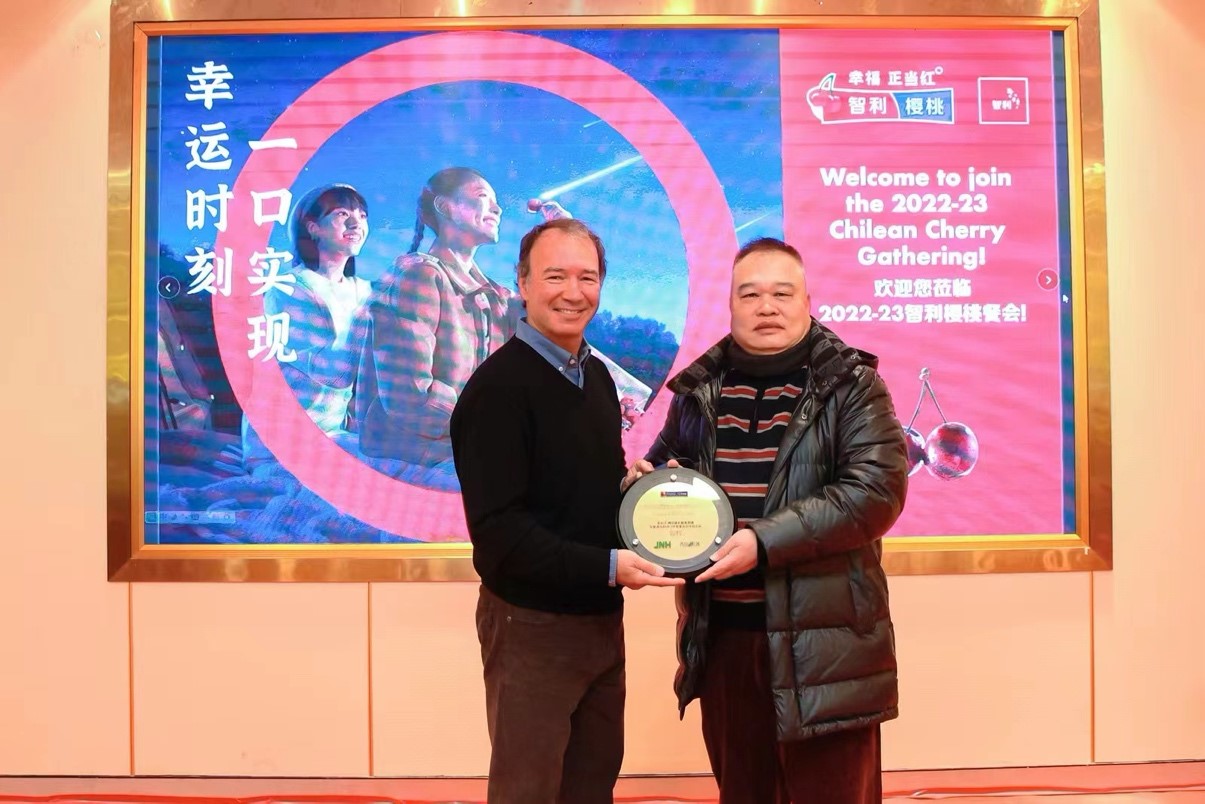 Although the past two seasons were affected by the epidemic and the domestic market has faced challenges, Jiangnonghui market has continued to make solid progress in promoting Chilean fruit in China. During the luncheon, ASOEX gave recognition to the market as an important partner for Chilean fruit distribution in China. 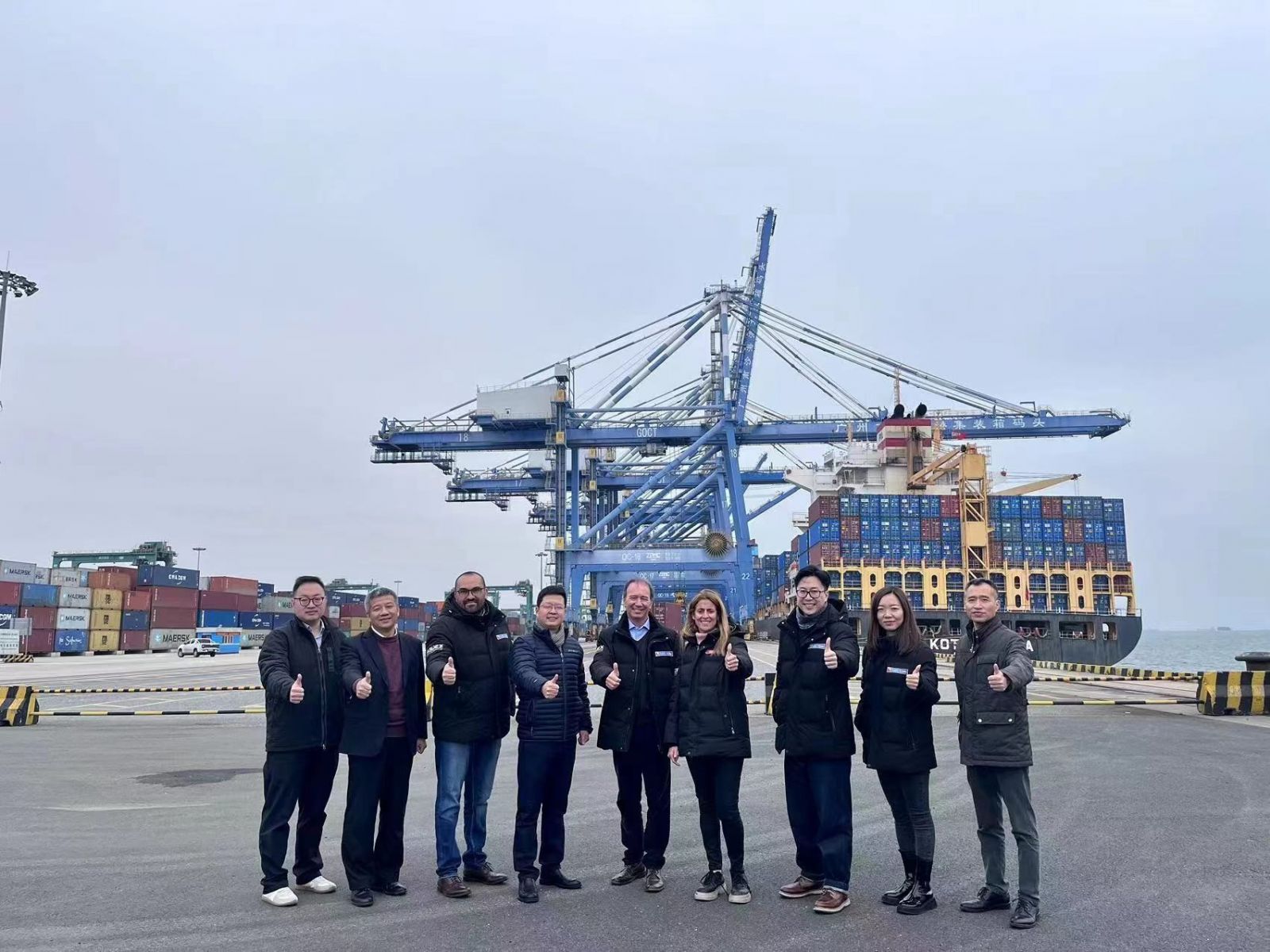 Logistics, warehousing and customs clearance are key components of the imported fruit supply chain. On Jan. 17, the delegation members visited the Port of Nansha in Guangzhou, which is China’s leading port for importing Chilean cherries and has served as a “Cherry Express” port for four consecutive years. During this time, the volume of Chilean cherries entering the port has grown by nearly 300% year-on-year.

On Dec. 22, 2022, the Port of Nansha welcomed the first of this season’s 11 Cherry Express shipments. This season also marked the inaugural cooperation with the Maersk Group. By the end of the season, the Port of Nansha is expected to have directly received more than 5,500 containers of fresh cherries for distribution to surrounding cities and an estimated 100 million consumers.

To ensure the freshness of Chilean cherries, the Port of Nansha has cooperated with ASOEX to optimize the unloading and customs clearance processes. After being unloaded from the container ships, cherries are transported by truck to a refrigerated warehouse in the Nansha Container Terminal for a one-stop inspection service. From there, the cherries can be transported to the Jiangnonghui market and, in some cases, be available for trading in less than two hours. 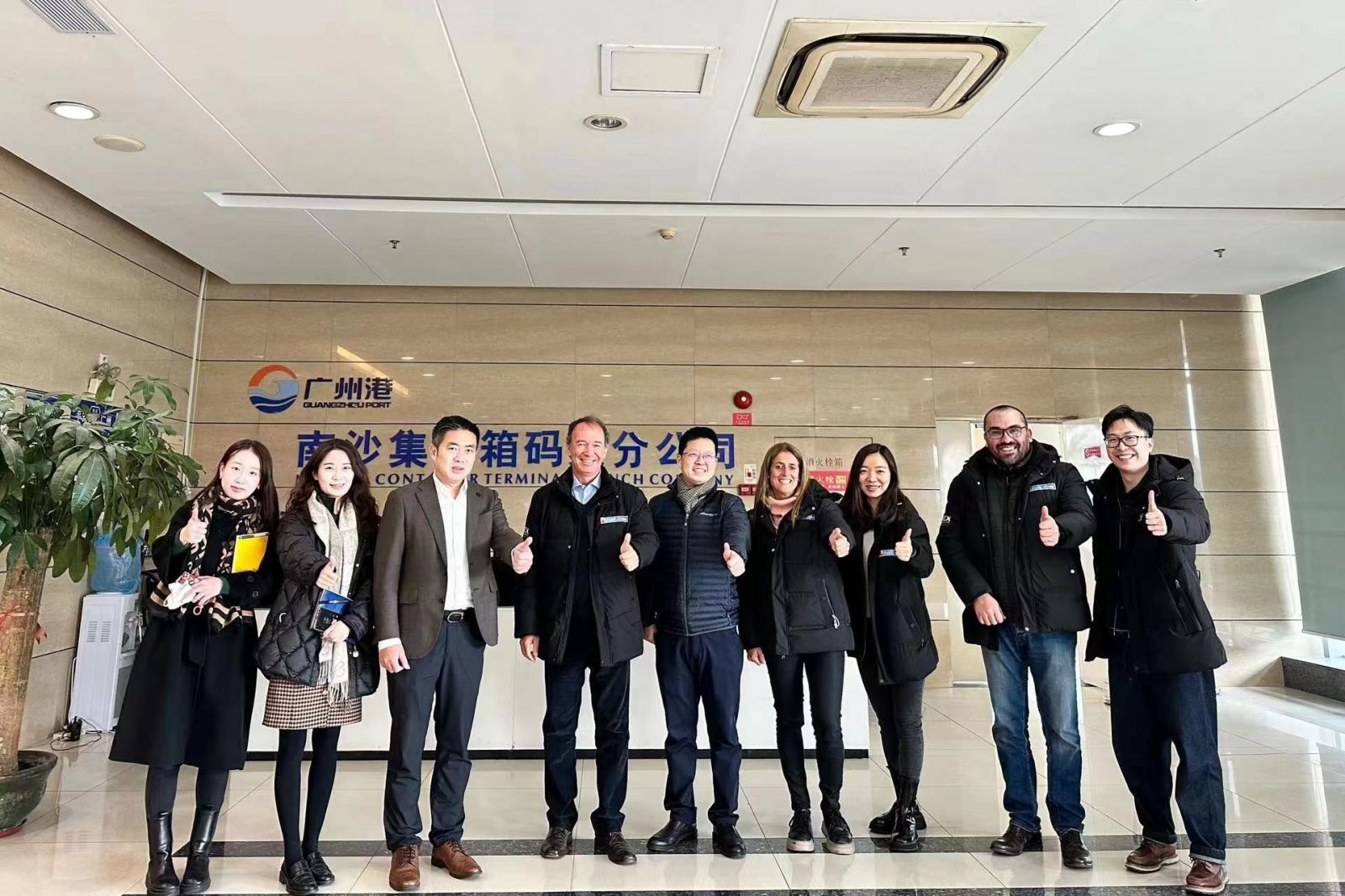 During the Port of Nansha visit, members of the delegation met with Xie Xiaohui, vice chairman of the CPPCC Nansha District and director of the District Commerce Bureau, as well as senior representatives of the port management. During the meeting, the two sides discussed opportunities to further increase consumer demand for Chilean fruits as well as cooperation on the future development planning of the port and optimization of the efficiency of local logistics. Both sides agreed to explore the opportunity to facilitate the signing of a “Mutual Friendship Agreement” between Nansha and a city in Chile in order to establish friendly port relations and pave the way for further growth of the Chilean fresh fruit trade in China.