According to a new estimate by the Chilean Cherry Committee of the Chilean Fruit Exporters Association (ASOEX), fresh cherry exports from Chile to global markets in the 2022/23 season are expected to top 80 million boxes, or around 400,000 metric tons. Although this is lower than last October’s estimate of 89 million boxes, if realized, this would still set a new record for Chilean cherry exports.

As the primary destination for Chilean cherry exports, the China market is of central importance to Chile’s producers and exporters. On Jan. 11, Iván Marambio, president of ASOEX, and Claudia Soler, manager of the Chilean Cherry Committee, attended a launch ceremony organized by Liaoning Port Group to celebrate the opening of a new “Cherry Express” sea shipping route to the northern port city of Dalian.

Marambio underlined the importance of this development in a speech delivered at the Port of Dalian. “Despite the many challenges that we have faced, China is and will continue to be our main export partner in the Asian region and, for many species, the world. Our industry is committed to supplying the Chinese market with the best our country has to offer in terms of quality produce, over an extensive availability season and which meets the demanding requirements of the Chinese consumer.”

Marambio also lauded the efforts of ASOEX’s importers, distributors, exporters and other partners to improve logistics and the supply chain this season, while emphasizing the continued need to diversify port destinations in China to increase the consumption of Chilean cherries by penetrating second- and third-tier cities. Close cooperation between port authorities, customs officers, municipal officials and the crews of arriving ships at the Port of Dalian has shortened the customs clearance process for cherries to less than one hour, preserving product quality while also reducing costs, delays and logistical backlogs. 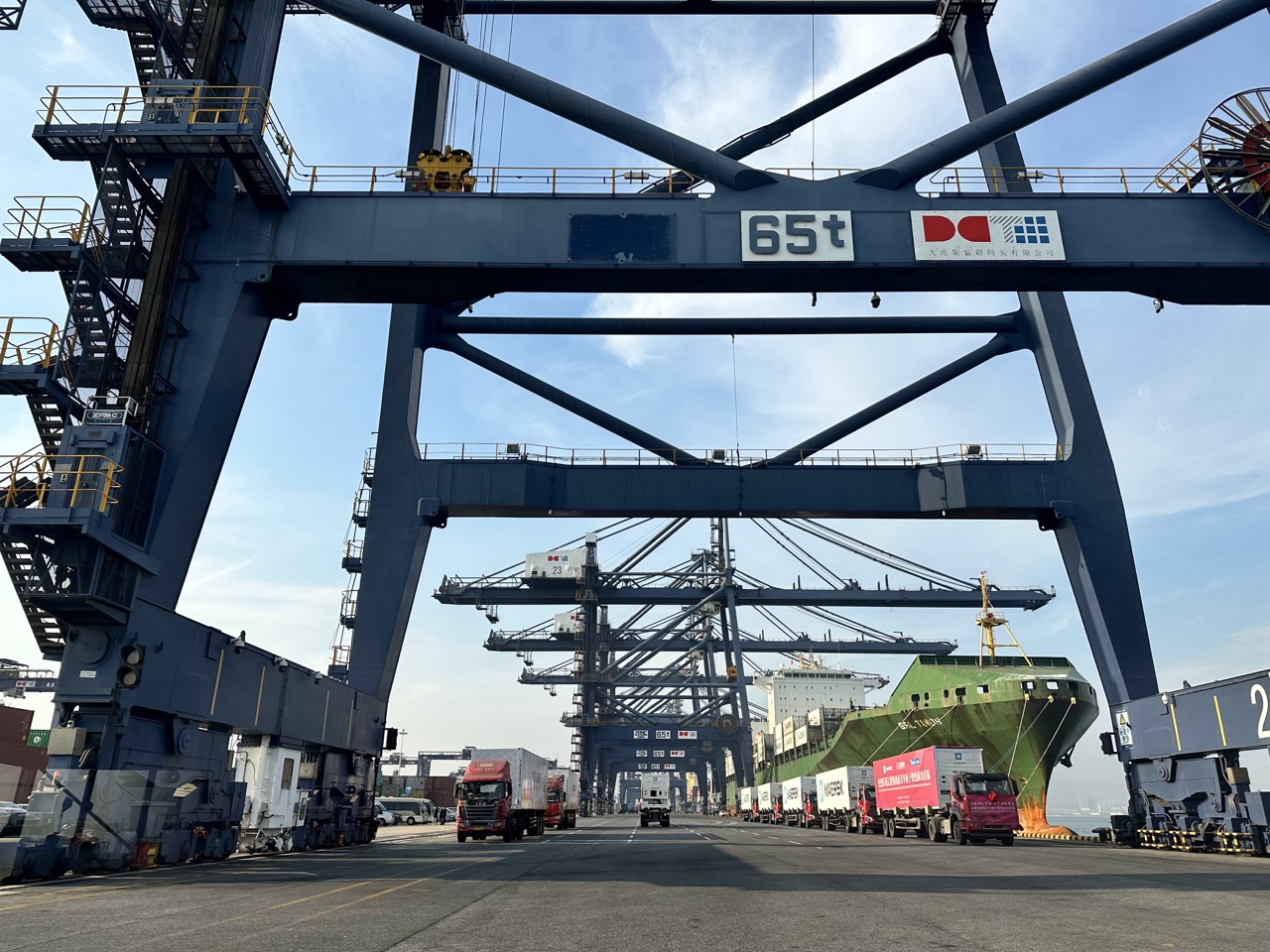 In conjunction with the arrival of the first Cherry Express ship to Dalian, ASOEX signed a memorandum of understanding with the Port of Dalian’s operator, Liaoning Port Group, to enhance cooperation on cherry imports to supply northeastern China.

“This MoU is a first step in formalizing the already existing relationships that exporters of the Chilean fruit sector have with Port of Dalian, which is a rising and important logistical port hub for the Northeast of China and located in Dalian,” said Marambio.

“We will endeavor to exchange information and good practices aimed at facilitating our fresh produce exports to this region,” continued Marambio. “This is in line with our sector’s strategic objective of diversifying our destination ports across China and hence strengthening our presence in second- and third-tier cities.”

In separate remarks, Soler emphasized that in addition to improvements made to the production and logistics chain, this season’s good growing conditions have ensured a high-quality crop of cherries. She also noted that, in order to boost consumption of these larger volumes, various promotional activities are being conducted in markets around the world. “The campaign in China accompanies the increase in shipments and aims to encourage greater consumption of cherries in the market and strengthen recognition of Chile as a producer of quality cherries. We seek to stimulate new consumption occasions, build consumer confidence in the quality and safety of Chilean cherries, and inspire an emotional connection to our product.”

As of week 52, Chile had exported 372,169 metric tons of cherries. Of these, 331,149 tons, or 89% of total exports, were destined for China, followed by the United States with 13,914 tons. Approximately 85% of all shipments of Chilean cherries to China are scheduled to arrive and be distributed prior to Chinese New Year on Jan. 22, with the remaining 15% to arrive during or after the holiday period.