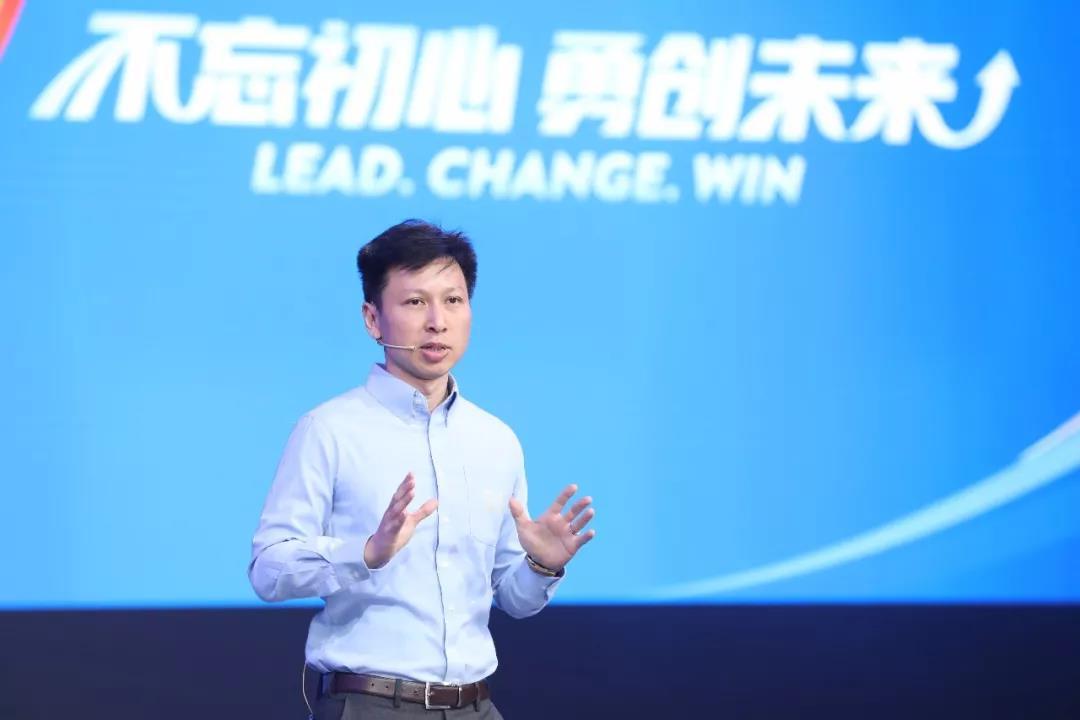 In conjunction with its “annual preparation meeting” earlier this month in the city of Zhuhai, Walmart China released a media statement outlining its achievements in 2017 and broad strategy for 2018. The document indicates that the company is maintaining its focus on fresh goods and e-commerce. Particularly it seems intent on wading deeper into the fresh goods ecommerce fray in China through a deepened cooperation with, and dependence on, Chinese ecommerce giant JD.com—which Walmart partially owns, but is also a customer of for fulfillment and ecommerce services, and also competes with in grocery ecommerce.

Some of the specific goals mentioned include building “smart supermarkets,” more investment in artificial intelligence, and expanding the reach of its in-store pickup centers, where electric scooter-riding independent contractors from JD.com’s Dada delivery service will rush to deliver online orders to customer’s doorsteps in an hour or less. The company stocks different inventory at each store’s pickup center and corresponding online product listing, based on the local market. It changes the inventory lists frequently and can also pump the online sales data through big data and AI tools to predict trends and inform stocking decisions for the entire supercenter.

Many of these online orders will be placed through the Sam’s Club e-store on JD.com’s “mall” section—where JD also handles fulfillment for fresh goods—or through the JD Daojia home delivery platform. The goal of expanding home delivery in China mirrors Walmart’s recent announcement that, amidst a battle with Amazon for online-to-offline supremacy, it would expand home delivery services into an additional 1,000 stores in the US. As it is relying on JD for delivery in China, Walmart will rely on outside partners like Uber to fulfill home deliveries in the US. But a big difference in China is Walmart’s reliance on JD for digital shopfront space, including the JD Mall Walmart e-store, Walmart imports e-store and Sam’s Club Store.

The company said that 2017 was a year of “explosive growth” for its ecommerce in China. In a February media release announcing the promotion of Wern-Yuen Tan (CHEN Wenyuan in pinyin Chinese romanization) to the position of President and CEO of Walmart China, it had previously said that ecommerce accounted for half of its China sales growth in 2017.

As of 2016, online fresh retail only accounted for 2% of total fresh retail in China. Major retailers, ecommerce companies and fresh produce specialists alike have poured investment into taking a slice of what is widely believed to be a sector ripe for disruption by online sales. This means that Walmart’s online-to-offline and ecommerce efforts will be competing alongside JD Fresh and its newly launched 7Fresh fresh-oriented supermarket chain, which in turn is battling against a similar concept, Hema Fresh, from Alibaba. There are also a plethora of other players in fresh ecommerce, using a variety of delivery methods and different channels such as proprietary platforms or shops on JD.com or Alibaba’s Taobao.com and Tmall.com. Mom-and-pop players also frequently sell fresh fruit and produce locally through food delivery platforms such as Meituan and Eleme.

Walmart said its China sales in the fourth fiscal quarter (November 2017 through January 2018) were up 4.1%, a slight slowdown from the 5.4% growth recorded in the same period a year earlier.

Though the company does not break out sales data for China, according to Walmart’s 2017 annual report roughly $116 billion of its total $481 billion in sales came from its international operations. Walmart says it opened 27 Walmart supercenters and 4 Sam’s Club locations in China in 2017, bringing the total at the end of the fiscal year on January 31 to 439 outlets, among them 15 Sam’s Club outlets. It also reported that it invested RMB 300 million to upgrade 62 existing stores, with a focus on fresh goods sections.

Walmart announced in the Chinese-language statement that it would open between 30 and 40 new retail outlets in China in 2018, including “new supermarket formats, compact hypermarts, and Sam’s Club stores.” It said it would also invest an additional RMB 300 million in upgrading another 50 existing stores.

It further announced that it will this year finish a new RMB 700 million distribution center in the Pear River Delta, its single largest investment in a project in its history operating in China.