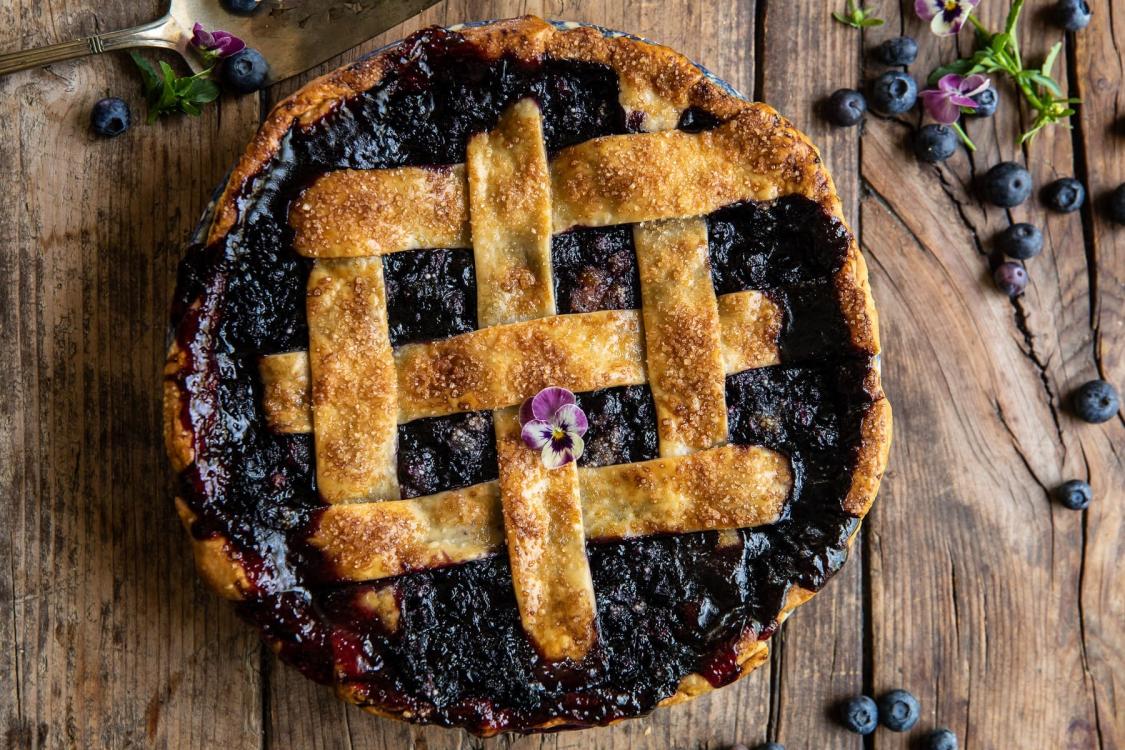 The winning recipes received prizes of $10,000, $1,500 and $1,000, respectively. The grand prize winner, the Ginger ‘n’ Spice Bubbling Blueberry Pie, receives the added honor of becoming the official blueberry pie of USHBC and the blueberry industry.

“You could feel the love for blueberries poured into every recipe submitted for the America’s Best Blueberry Pie Contest,” said Kasey Cronquist, president, the U.S. Highbush Blueberry Council. “Blueberries pair so well with different foods and flavors, and the top recipes incorporated creative ways to complement their sweet-tart taste. Congratulations to all the winners, especially Barbara and her Ginger ‘n’ Spice Bubbling Blueberry Pie, which delivered a definitive boost of blue.”

The America’s Best Blueberry Pie Contest judging process began with culinary pro Gwynn Galvin, who reviewed all recipe submissions and narrowed down the written recipes to the top 10. Then, Gwynn, along with Shelly Hartmann, blueberry farmer and chair of the U.S. Highbush Blueberry Council, and a pastry chef team tested the top 10 blueberry pies narrowing them to the top 5. Finally, Half Baked Harvest tested and tasted the top 5, ultimately naming the three winners.

“Life is made for enjoying pie – especially blueberry – and it was a true pleasure to taste-test these delicious, creative culinary innovations with the U.S. Highbush Blueberry Council,” said Gerard. “I know the expression is ‘easy as pie,’ but whoever coined that term wasn’t trying to decide between so many mouthwatering recipes! The Ginger ‘n’ Spice Bubbling Blueberry Pie grabbed me immediately as a twist on the traditional – I love the combination of the spices, ginger and orange marmalade mixed in with the blueberries.”

Each July, USHBC creates fresh opportunities to celebrate blueberries for National Blueberry Month. This year, on National Blueberry Day (July 8), Chef George Duran took blueberries to new heights, trying to beat the Guinness World Records title for the tallest stack of pancakes. His Stackable Blueberry Pancakes recipe, the winning blueberry pie recipes and many more offer inspiration for blueberry fans to enjoy fresh blueberries all summer, which is peak season in North America. Whether hand-picked at local farms or grocery stores, blueberries make a simple, healthy and delicious addition to any snack or dish.

For more information about blueberries, including recipes, tips and hacks, visit blueberry.org.