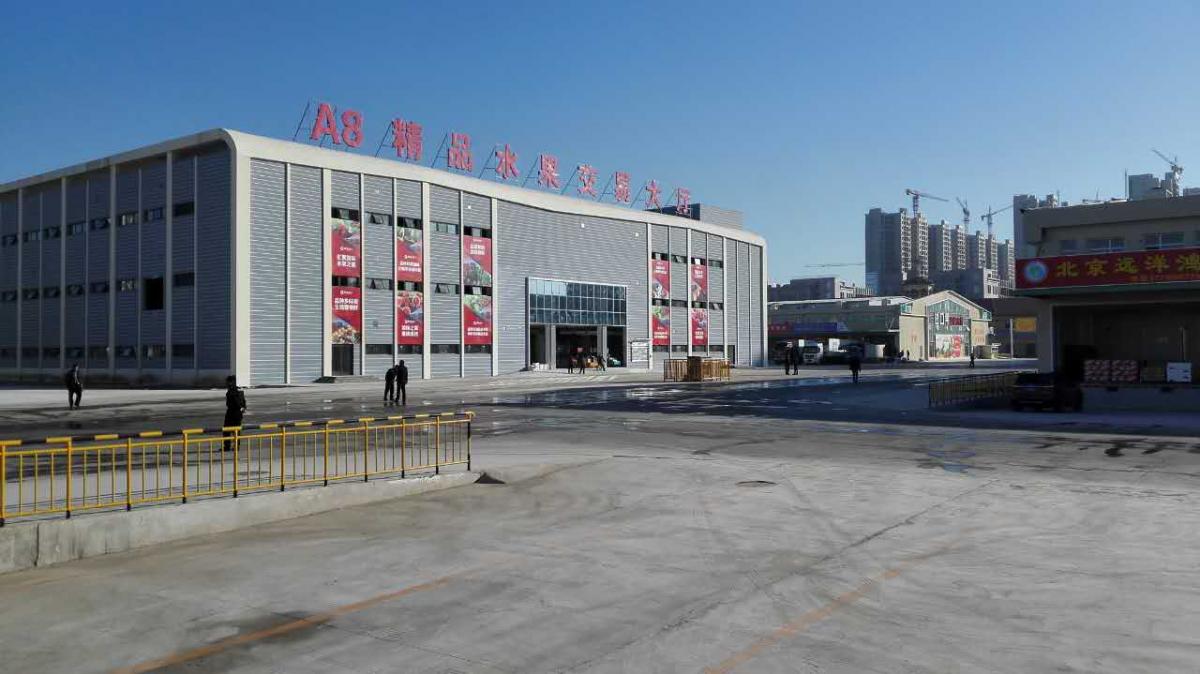 The opening ceremony of the largest trading center for fruits and vegetables in north China was held on October 29 in Gaobeidian, Hebei province. The newly built trading center, named “Beijing Xinfadi – Gaobeidian Fruit & Vegetable Trading Center”, is about a one-hour drive from Beijing. On the first day of opening, the statistics revealed that more than 6,000 sellers and 4,000 buyers completed transactions worth over 80 million yuan. To date, the trading center has attracted more than 8,000 buyers from all over the country, and over 30 supermarkets including Chaoshifa, Shouhang, and Huaguan have set up purchasing offices there. It is estimated that the annual transaction volume will reach 10 billion kilos, corresponding to an annual transaction value of 30 billion yuan.

[[{"fid":"428","view_mode":"default","type":"media","attributes":{"height":"600","width":"800","class":"media-element file-default"},"link_text":null}]]Beijing Xinfadi – Gaobeidian Fruits & Vegetables Trading Center will be developed in three phases. The newly opened center is the first phase of the project. It covers an area of 140 hectares, and the total building area is 160 hectares. The facilities include a six-floor office building, a five-star-standard banana warehouse, a modern trading area for imported fruits, and an international-standard trading hall for local fruits and vegetables. The trading center also incorporates a cold-storage building with a storage capacity of 210,000 tons, a services hall, an electronic clearing center, an inspection center, and additional service facilities.