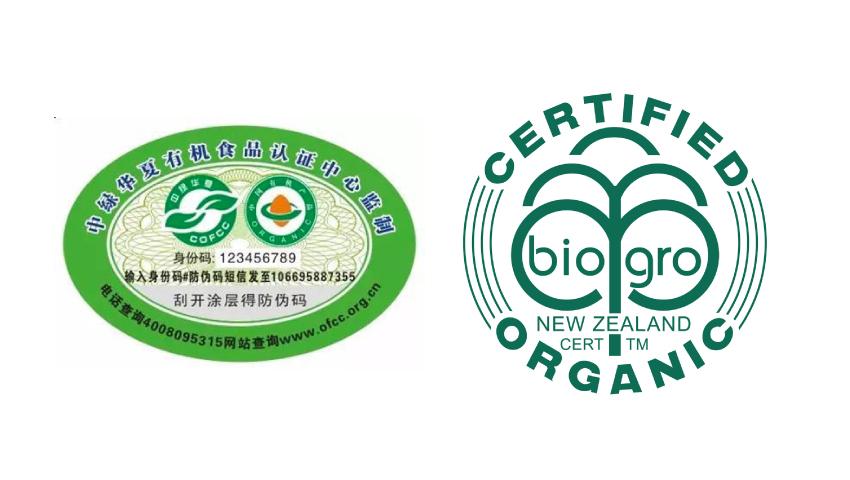 A new agreement on mutual recognition of organic certifications between the Chinese and New Zealand governments marks the first time China has entered into such an agreement with another government. The Mutual Recognition Arrangement for Certified Organic Products was signed in China on November 14 by representatives from China’s Administration of Quality Supervision, Inspection and Quarantine (AQSIQ) and New Zealand’s Ministry for Primary Industries (MPI).

In a media release, MPI stated that it expects that, “the arrangement will take effect from mid-2017 to allow for implementation and industry to get prepared.” Produce Report was not able to obtain detailed information about labeling requirements, but it is broadly expected that outside of aquaculture, apiculture, and textile products, the two countries will mutually recognize certification under their respective national regimes for organic products produced in one country and exported to the other.

Each country allows third-party bodies to certify products as organic according to national standards. Therefore the Mutual Recognition Agreement stipulates that shipments of organic products between the two countries must be accompanied by a certificate from the government of the origin country vouching that the products’ certifications are authentic.

“MPI expects New Zealand producers, processors, exporters and importers to meet the relevant overseas and domestic requirements for organic products,” says Peter Thomson, MPI Director Plants Food and Environment. “AsureQuality and BioGro New Zealand Limited [the two major certifying bodies in New Zealand] are authorized by MPI to certify products as organic.  MPI then issues official government-to-government assurances that the products are organic.  These products will be recognized under the Mutual Recognition Agreement.”

Over the past decade or so China has made substantial reforms to its organic products regulations, including releasing updated regulations, using labeling with unique codes to crack down on fake organic products, and more strictly enforcing a prohibition on the use of the word “organic” on imported products certified under non-Chinese regimes. Overall it has become more difficult for both domestic and foreign producers to meet Chinese organic standards and more expensive and complex to attain certification.

As for products coming the other way, “New Zealand consumers can have increased confidence in organic food imported from China because MPI has assessed the Chinese system and found it to be robust.”

It appears likely that the agreement will result in a major increase in trade in organic goods between the two countries. One New Zealand company that looks poised to benefit is Bostock, which says it produces 90% of New Zealand’s organic apples. Currently North America is its largest export market for organic apples and within Asia the largest market is Taiwan. But with the new agreement, the company expressed hope that mainland China could someday grow to become its single largest market.