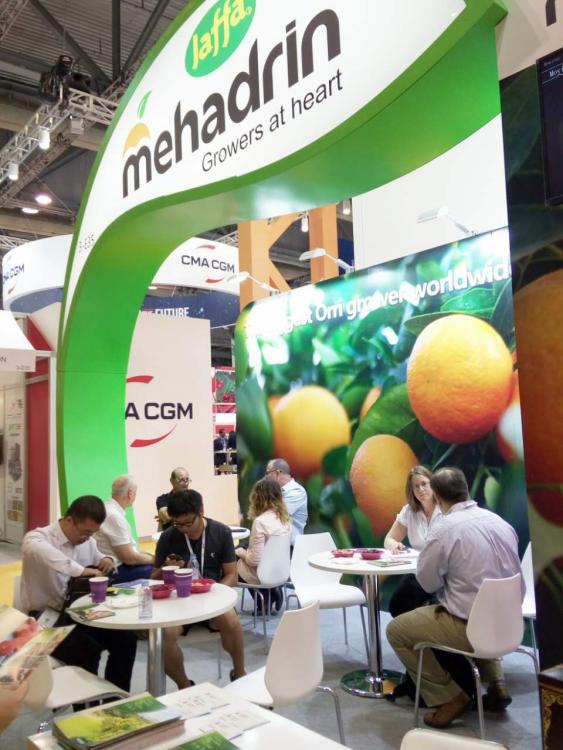 Mehadrin has supplied Orri mandarins since China began to allow Israeli citrus imports on October 25, 2015. Reportedly, Orri mandarins are an induced mutation of Orah mandarins grown in Israel, South Africa, and Spain. The Orri is a seedless, late-season mandarin that has received positive ratings from a recent market survey in Asia.

The Orah variety, a late season hybrid of the Temple and Dancy, was first developed at the celebrated Volcani Institute in Israel. The low acidity, tender pulp, and juiciness of the Orah give it a well-balanced flavor. Cultivation is typically between the months of February and May. These mandarins also hold up well in storage. Israel produces 135 thousand tons of seedless mandarins annually of which 90 thousand tons are exported. Retail price goes for about two euros and mainly exported to China and Japan.

In recent years, Orah mandarins have gradually become well-known by Chinese growers and consumers. Moreover, multiple trials, which dealt with improving seedless mandarin cultivation, were determined a success by The Citrus Research Institute (CRI)—a national scientific research center for citrus fruits directly subordinated to the Chinese Academy of Agricultural Sciences (CAAS). According to reports, seedless mandarins have already become a new favorite in wholesale markets due to its selling price. A previous survey by the Produce Report showed individual Orri mandarins at Alibaba Hema Supermarkets were selling for RMB 6-7.

Gaining market share in China is a logical milestone for many exporters. However, it takes expertise to address the differences between global markets. Mehadrin is adept at this and is currently promoting sales of red grapefruits and Orri mandarins heavily in Asian markets.