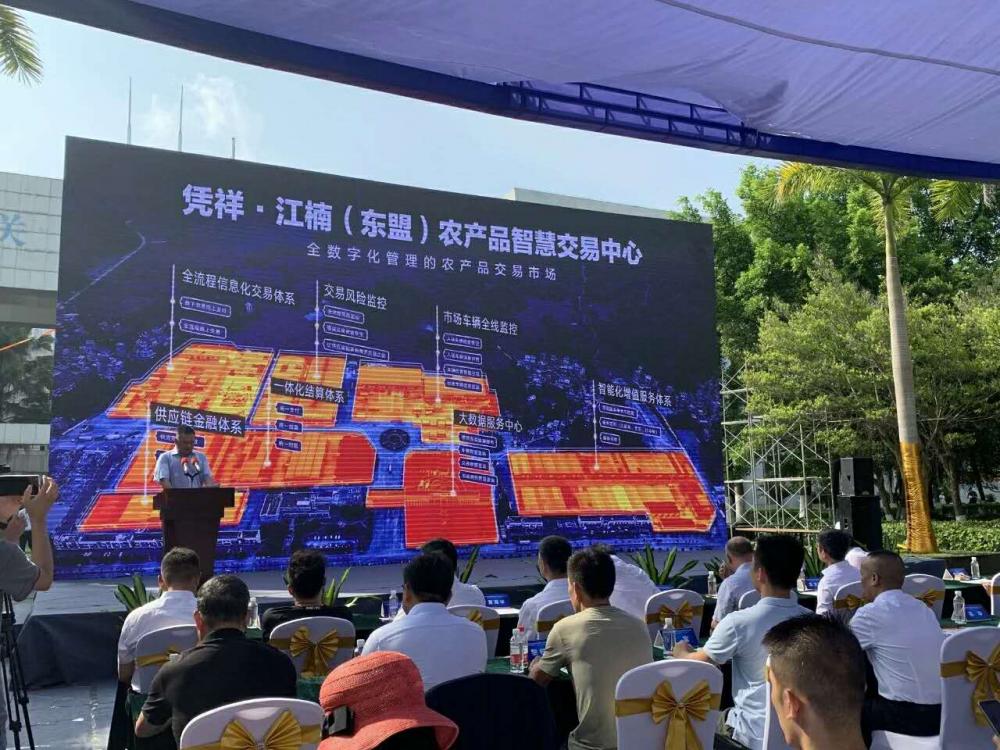 Fresh Jiangnan, a China-based operator of a B2B fresh fruit trading platform, announced on July 19 that it had signed a contract with the government of Pingxiang county, which borders Vietnam in Guangxi province, to build a new ‘smart‘ trading center for fruits imported from Southeast Asia into China.

The new trading center aims to take advantage of Pingxiang’s location and preferential trading policies for fresh fruits to create a new integrated distribution channel for Southeast Asian fruits to come into China.

Aside from bordering on Vietnam and seeing a large volume of imported fruits via ‘border trade’ programs, Pingxiang also has convenient road access to Thailand, Laos and other Southeast Asian countries via mature logistics routes.

In the case of Vietnam, Pingxiang lies about 3 to 4 hours by road from the Vietnamese provinces Bắc Giang and Bac Ninh, with a total trucking distance from those provinces to the Pearl River Delta of 15-16 hours, and 48 hours to the Yangtze River Delta.

The ASEAN bloc has been Guangxi province’s largest trading partner for almost two decades. According to Guangxi Customs figures the trade in fresh fruit between Guangxi province and ASEAN nations amounted to 1.2 million tons with a value of RMB 85 billion ($1.21 billion) with YOY growth of 13% in volume and 54% in volume. Two designated ports of entry for fresh fruit in Guangxi—the Pingxiang Friendship Gate and the Dongxing Port—have become the primary entry points for fruit coming into China from Southeast Asia.

Vietnam and Thailand are two of China’s most important suppliers of imported fresh fruit. According to official national customs figures, in 2018 China imported $1.7 billion worth of fruit from Thailand and $719 million, ranking second and fourth respectively among countries exporting fresh fruit to China.