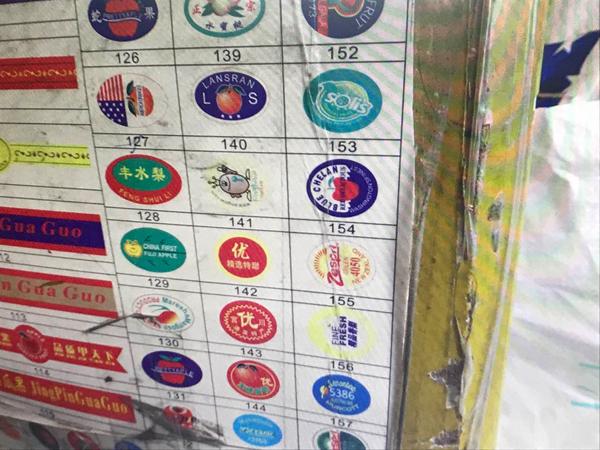 On March 3, a branch of Pudong’s Public Security Bureau responsible for the investigation of food, drug and environmental crimes launched a probe after a fruit import company reported the unlawful sale of their brand’s imported fruit at local wholesale markets. Under the auspices of the Intellectual Property Office, police carried out an investigation to check the authenticity of the allegedly counterfeit fruit labels.

The investigation revealed the sale of counterfeit trademarks via online channels. Moreover, price markups on mislabeled fruits, such as golden kiwifruit, could be five times the market price. Further inquiry into a network of physical shop locations in Qingpu and Minhang uncovered a criminal syndicate of more than ten individuals.

Coordinated raids in Pudong New Area and Qingpu led to the arrest of 18 individuals. At the scene, police seized over two million counterfeit trademarks and demolished nine areas of unlawful operation. Nine individuals remain in custody for the sale of illegally manufactured trademarks.