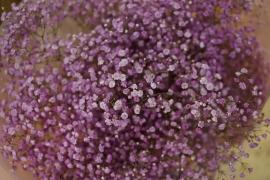 Ecuadorian gypsophila (baby's breath) has been warmly welcomed by Chinese consumers and has become one of the major imported flowers, following in the footsteps of roses. In fact, the majority of colored gypsophila on the market is produced in Ecuador to meet the demands of the China. Normally, gypsophila is only white, though there is a small amount of pink flowers are produced in the Netherlands and Kunming, Yunnan.

Today, Ecuadorian gypsophila has successfully entered the Chinese market and export volume has surged to the point of even exceeding the volume of imported roses in China. There are three main reasons gypsophila has been such a hit. First, gypsophila is relatively cheap compared to roses, and there is no peak season for the flower. Secondly, the flowers are hardy, able to withstand long-distance transport, and are sold all over the country. Currently, Ecuadorian gypsophila can be found even in more remote areas of China such as Ningxia, Lanzhou, Urumqi and Baotou. Thirdly, the stems are large, available in many colors, last up to seven or eight days, and can be enjoyed even after they are dried. Echo Guan, General Manager of Speedy Regent International Ltd. explained that, “in the Chinese market for Valentine's Day this year, at least three times more gypsophila was sold than in previous years.”

Compared with gypsophila that is grown domestically in Kunming, Ecuadorian gypsophila is of superior quality. The stems are firm, the flower heads do not droop when they are dried, and they are well-suited to be used as dried flowers. There are four or five companies in Ecuador that can color the flowers to satisfy the high demand of the Chinese market, and it only takes about three days to transport flowers to China. It can be said that Ecuadorian gypsophila is specifically customized for the Chinese market, developed for the demands of Chinese consumers. 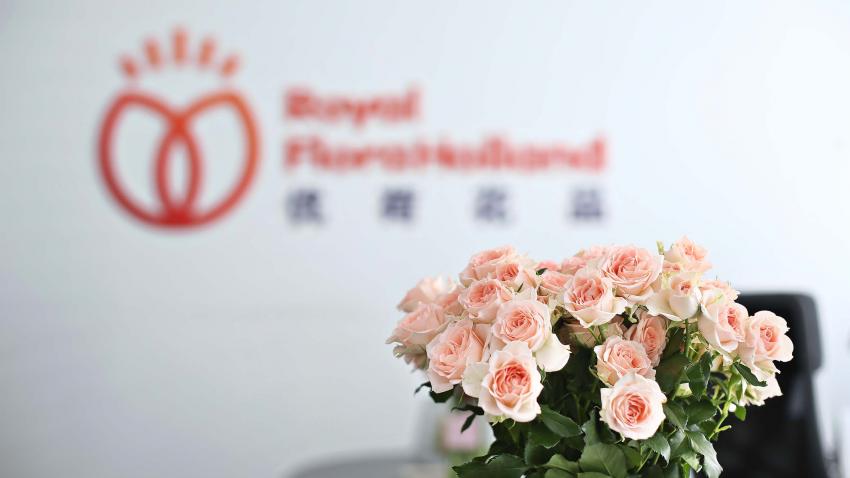