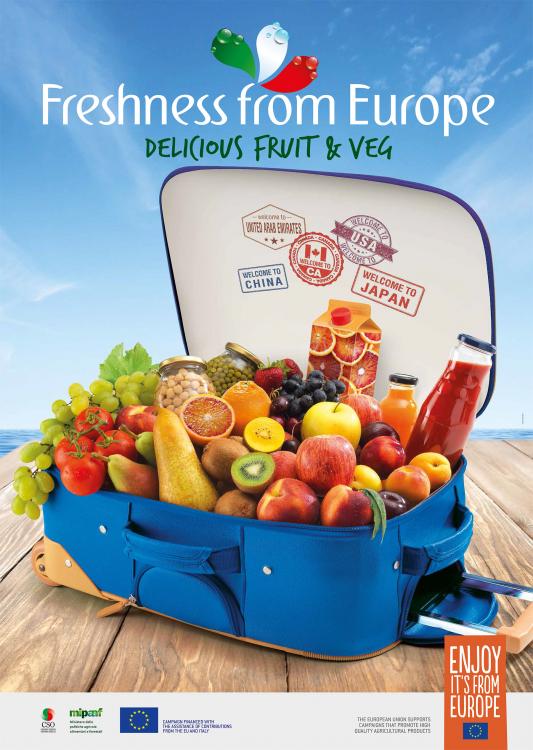 After three years of marketing and communications funded by the European Union, the Italian Government and CSO Italy, the Freshness from Europe project comes to an end in July.

The Project’s aim is to promote fresh and processed fruit and vegetables produced in Europe, and especially in Italy, in accordance with the European quality standards, which impose production methods that optimise products’ quality and health-giving properties.

The Freshness From Europe Project has received funding of 5.2 million Euro over three years, 30% of this from the participant companies, all members of CSO Italy.

The target countries of the project’s many marketing and communication initiatives have been Japan, China, the USA, Canada and the Arab Emirates, and the results in terms of exports have certainly been impressive, since fresh and processed fruit and vegetable exports have risen strongly in both volume and value terms in the last three years.

The favourable economic scenario has certainly contributed to these results, but there is no doubt that the project’s marketing activities have given consumers in the target countries an extra opportunity to come into contact with Italian fruit and vegetable produce.

The communication concept which has provided the common denominator for the project’s activities is the idea of freshness: with coordinated graphics and texts, Freshness From Europe expresses the attractive image of products which conserve all their freshness and quality intact even after shipping to the destination countries.

During its three-year run, Freshness from Europe has constantly addressed the trade with specific, ongoing communication campaigns in the world’s top industry journals, focusing on the products in season at the various times of year. One of the most important marketing activities has been trade fair participation: the project has attended no fewer than 24 events in all the target countries, with specific stands.

Exhibiting at the world’s biggest industry fairs, including Asia Fruit Logistica, PMA, Fancy Food, WOP Dubai, FHC China and Canadian PMA, has enabled CSO Italy and its member firms to make contact with the industry’s biggest commercial players and raise their awareness of the excellent characteristics of the products marketed. The Project has produced a large number of very popular marketing materials for both the trade and consumers. During the three-year period, the Project has organised over 10,000 promotional days addressed to consumers in the various target countries, achieving contacts with an estimated 4.5 million consumers.

“Today,” declares CSO Italy Chairman Paolo Bruni, “market internationalisation and the genuine opportunity to expand the range of exportable products by breaking down the barriers which restrict free trade is one of the most important growth strategies for the European fruit and vegetable sector. We are major producers, and our high quality is known and appreciated worldwide. It is crucial for us to open up the markets and be effective global competitors, and this project, launched by CSO Italy and funded by the European Union, has been an important opportunity for us to market and communicate the worth of the produce on offer from right across Europe.”

For more information about the project and products, http://www.freshnessfromeurope.eu/

（The media release is provided by the third party.  It is being republished here in full, without editing. The contents do not necessarily reflect Produce Report’s point of view.） 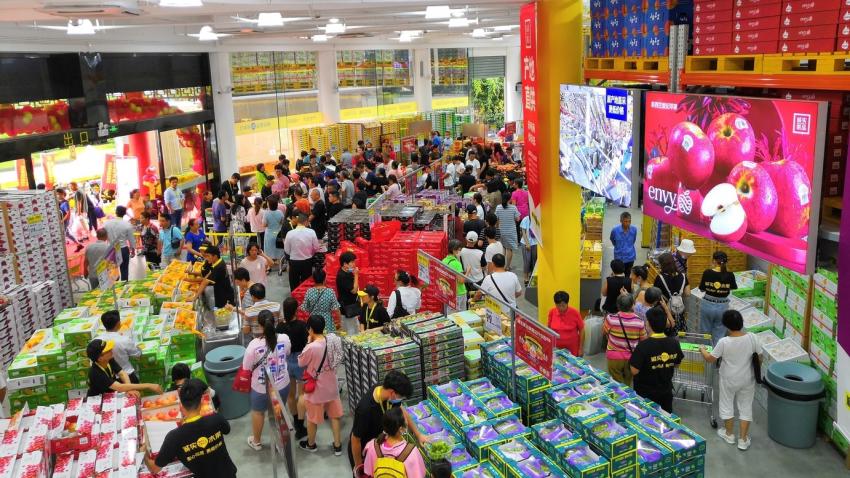