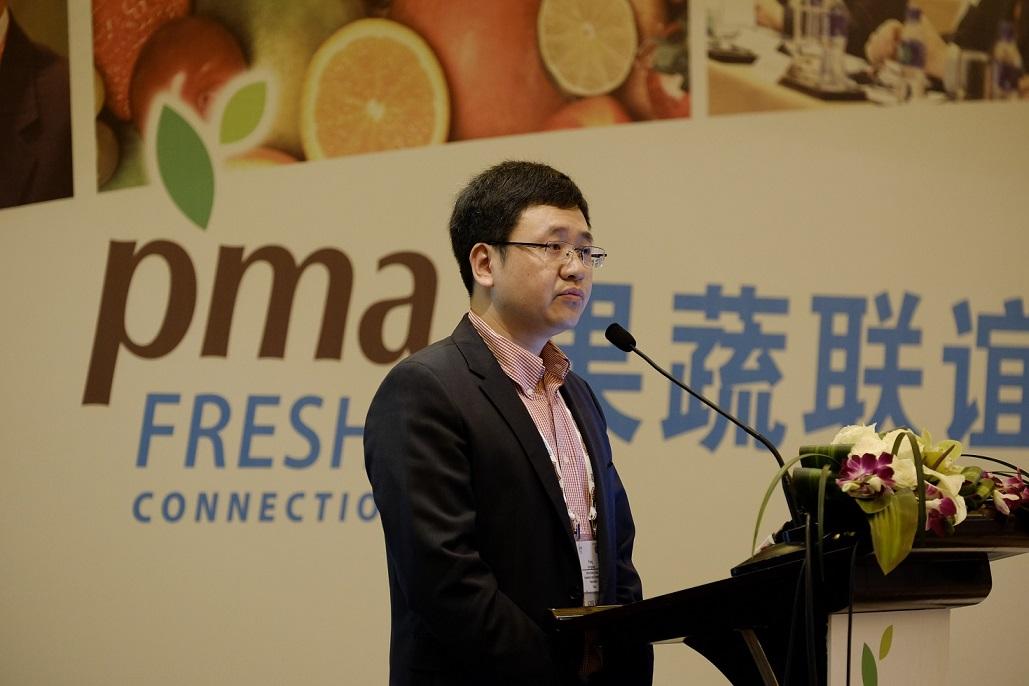 According to a March 26 announcement at the 2015 PMA Fresh Connections China (FCC) conference in Shanghai, China’s inspection and quarantine authority, AQSIQ, has received market access applications from 40 countries for 32 different fruit varieties. As explained in a presentation by Mr. Feng Chunguang, Director of the Animal and Plant Health Committee, China Entry-Exit Inspection and Quarantine Association (CIQA), approximately half of the applications have already entered the pest risk assessment stage, while several have proceeded on to more critical steps in the process. Currently, market access applications are being processed for countries on every continent with 42 coming from Asia, 18 from Europe, 17 from South America, 13 from North America, 8 from Oceania, and 5 from Africa. The products for which most applications have been received include grapes, cherries, citrus, apples, bananas, blueberries, mangos, avocados, pomegranates, and strawberries.

With rich experience in the management and supervision of China’s market access for fresh fruits, Mr. Feng has played a leading role in site visits and negotiations for North American and European fruits seeking China access. During FCC 2015, he shared with the audience of more than 160 Chinese and global fresh produce industry professionals key details about China’s market access policy, and the most critical steps in the market access process.

Some key principles which can be followed to speed-up the market access process. One such principle is maintaining consistency with existing requirements applied to the same product from other countries.

According to Mr. Feng, the market access process currently includes of 8 steps beginning with the submission of an official application along with necessary technical documents by the relevant authority in the exporting country. This is followed by a pest risk assessment stage (PRA), and then by the pest risk management stage (PRM) which involves site visits by AQSIQ officials during harvest season in order to develop a risk management strategy. However, the most critical step is the fourth stage during which both sides communicate on proposals regarding mitigation measures.

Mr. Feng also pointed out some key principles which can be followed to speed-up the market access process. One such principle is maintaining consistency with existing requirements applied to the same product from other countries. An example given was the case of blackberries and raspberries for which Mexico became the first country to achieve China market access in late 2014. Mr. Feng explained that if the U.S. submits applications for these products, AQSIQ will refer to its experience with Mexico in the process. Thus, it is very important for AQSIQ to properly prioritize applications for each country. Mr. Feng also explained that AQSIQ makes efforts to fairly consider all applications and process at least one from each country, while preference is generally given to fruit varieties with low pest risks.

Mr. Feng also noted the importance of submitting comprehensive technical details in a timely manner, and encouraged constant efforts by both government and industry (including importers and exporters) to maintain close working relationships with AQSIQ and its experts. This should involve establishing an effective cooperation mechanism and creating greater opportunities for visits between both sides at the government and industry levels. According to Mr. Feng, these principles and strategies are not only relevant for China market access, but also to Chinese fruits being exported to other countries.