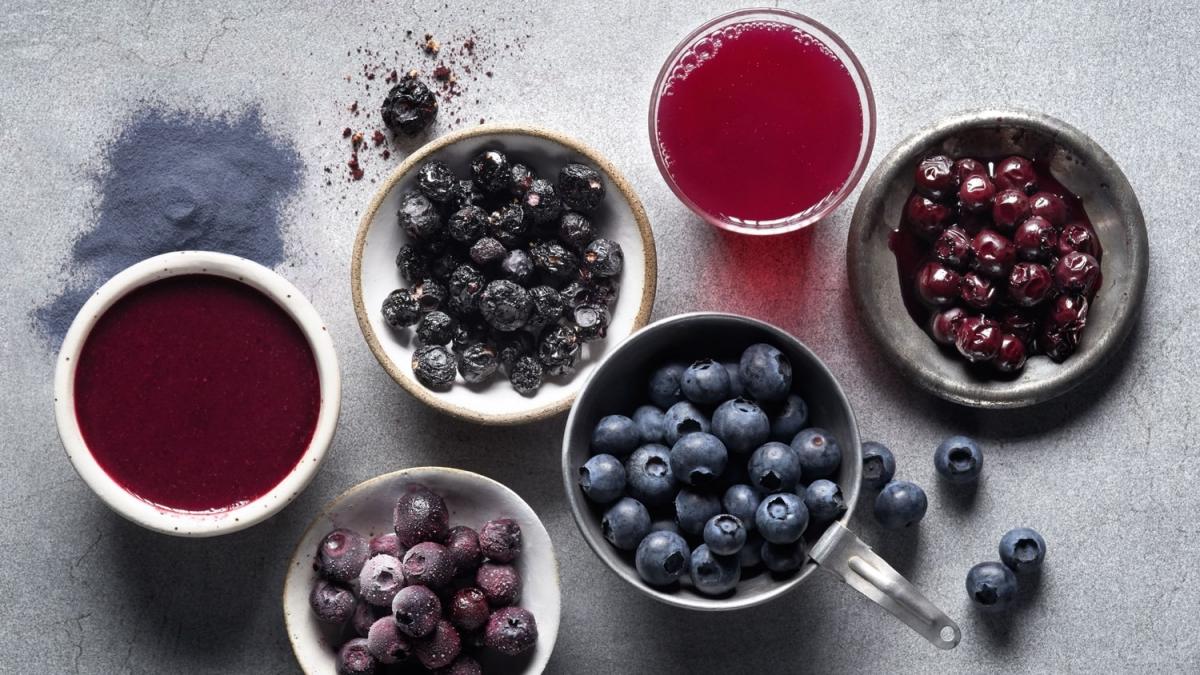 In May 2020, fresh U.S. blueberries grown in select states were granted market access to China for the first time, part of the phase 1 bilateral trade deal signed between the two countries in January 2020. With this development, new opportunities for importers and exporters in both China and the United States emerged to satiate China’s growing appetite for this sweet, juicy and nutritious berry.

The United States is the world’s largest blueberry producer with cultivation spanning 38 states in four main geographic regions: the Pacific Northwest, South, Midwest and Northeast. However, 10 states in particular account for more than 98% of commercial production: California, Florida, Georgia, Indiana, Michigan, Mississippi, New Jersey, North Carolina, Oregon and Washington. Owing to differences in climate and growing conditions, production seasons can vary significantly across the country and even within regions.

As the most common and generally most popular form of blueberry, fresh U.S. blueberries are a ubiquitous item found in grocery stores, restaurants and homes around the world. Grown on bushes 1.8 meters tall on average, blueberries destined for the fresh market are predominantly picked by hand, with some gathered by slow-moving harvesting machines that gently shake the berries into catching frames. The blueberries are then transported to packing facilities where they are sorted and any bruised or immature berries are removed. The remaining berries are packaged in clear clamshell containers and refrigerated at temperatures between −0.6 and 1 degrees Celsius and a relative humidity of 90–95% before and during transit to market. 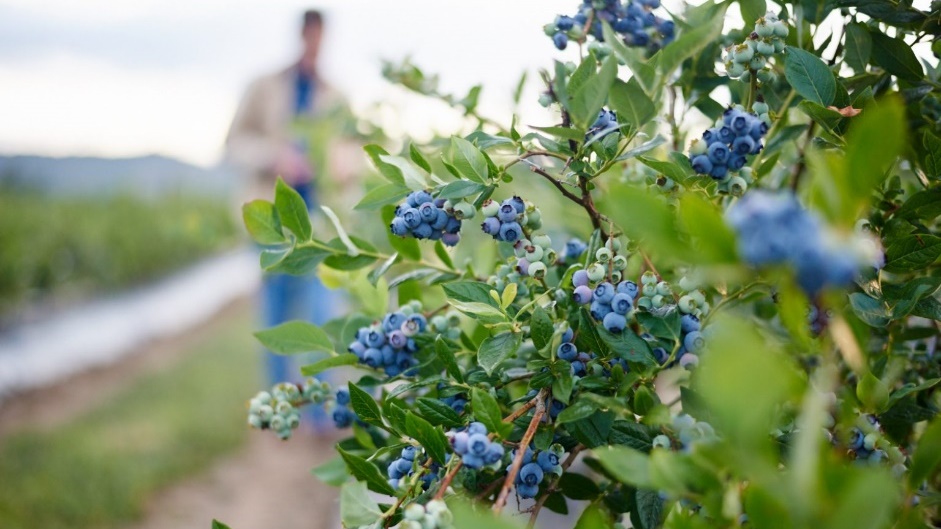 Frozen U.S. blueberries come in three main types: individually quick frozen, case frozen and straight pack. Frozen blueberries are harvested, precooled, washed, dried, sorted, packed and then frozen. For all three types, storage temperatures between −18 and −23 degrees Celsius are ideal to “lock in” the freshness and minimize frost formation. IQF berries are fresh blueberries that are individually quick frozen prior to being packed in bags and containers, allowing the berries to retain their form and resulting in a product that is ideal for consumer use in smoothies, desserts and salad dressings or as an on-the-go snack.

Case frozen and straight-pack frozen blueberries are first packed in containers to maximize the density and concentration of the fruit and then frozen. With their primary use as bakery ingredients and in syrups, fillings and soups, these types of frozen blueberries do not require the same degree of fruit identity to be retained as in the case of IQF blueberries.

Dried U.S. blueberries and other forms

Dried U.S. blueberries are available in numerous forms, ranging from dehydrated to freeze-dried and drum-dried (powdered) products. Used in confections, bakery mixes, and drink mixes or eaten by themselves in snack form, dried blueberries generally have a long shelf life if stored properly (i.e., in a cool, dry place at or below 21 degrees Celsius and 50% relative humidity). Other blueberry formats available from the United States include liquid, essence, canned, concentrate powder and paste. 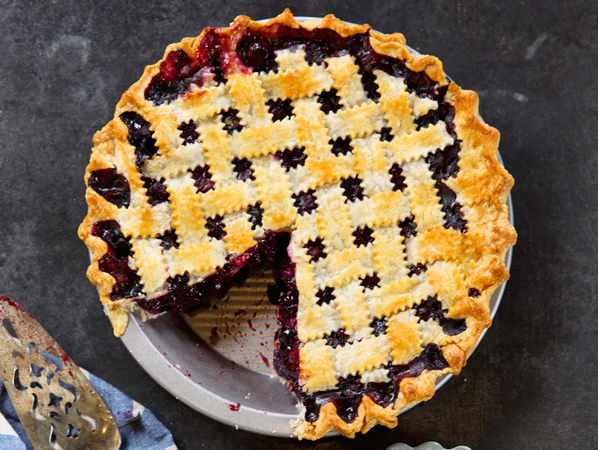 In 2020, according to the U.S. Department of Agriculture Foreign Agricultural Service’s Global Agricultural Trade System, the United States exported 21.8 million kilograms of fresh and organic cultivated blueberries worth $110 million to global markets, corresponding to a 22% increase compared with 2015. Canada was by far the most common destination, accounting for 93% of fresh and organic blueberry exports, with South Korea a distant second at 3%.

Canada is also the most common destination for frozen U.S. blueberries, accounting for 10.9 million kilograms (56%) of the 19.4 million kilograms of frozen blueberries exported from the United States in 2020. However, countries such as Japan and South Korea, which together account for over a quarter of all frozen U.S. blueberry exports, also share a significant portion of this market.

China is the world’s second-largest producer of blueberries, behind only the United States in terms of domestic production. Fresh blueberries have emerged as a favorite fruit of Chinese consumers and enjoy a high repeat purchase rate. Consumers especially prefer blueberries with a firm texture, attractive appearance and high Brix values. Demand is expected to continue to grow in the future, presenting lucrative opportunities for both U.S. exporters and Chinese importers of fresh blueberries.

To date, 27 packing houses across six U.S. states have been approved to export blueberries to China and are actively working on sending their first shipments; a complete listing of these packing houses can be found here. Several U.S. growers and exporters have reported that they are developing tentative plans to export their products to China during the upcoming season. Thus, Chinese consumers are expected to be able to enjoy high-quality fresh U.S. blueberries for the first time this summer. 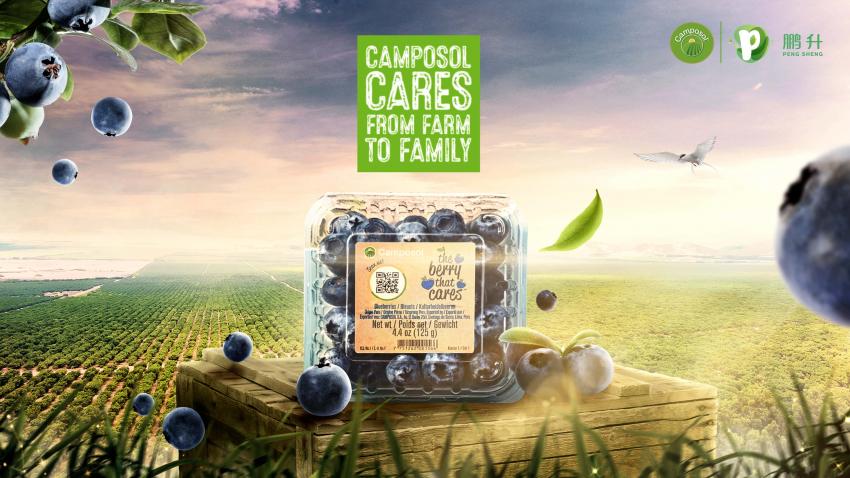