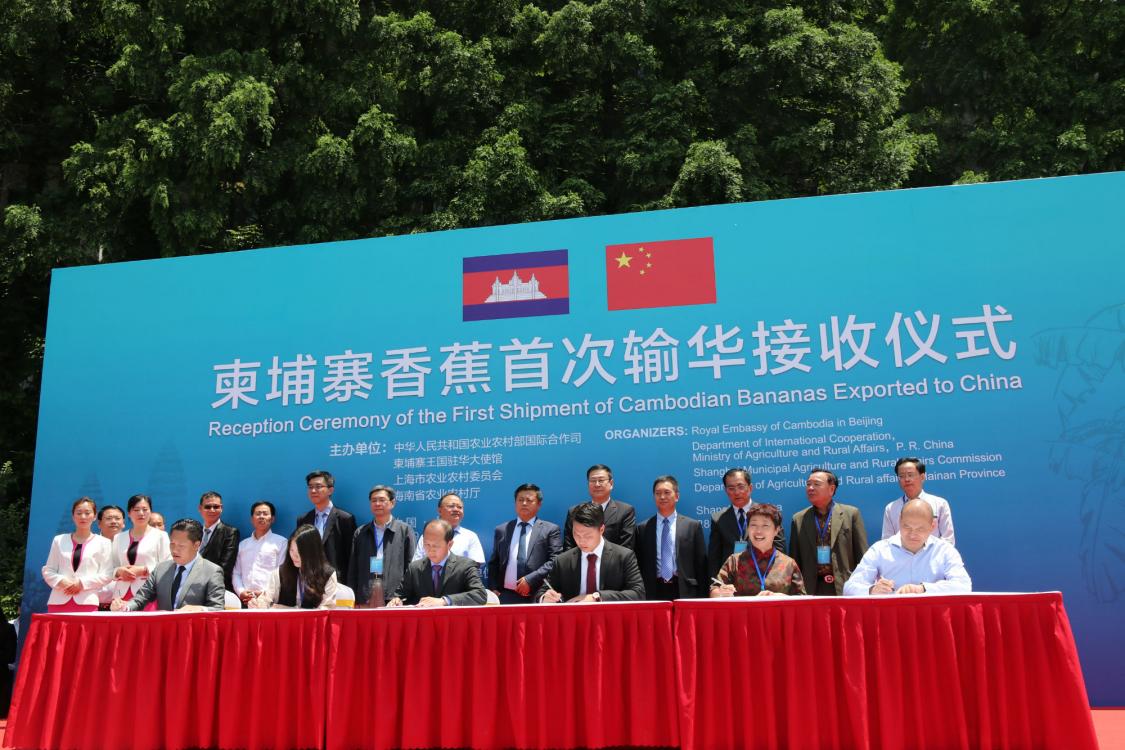 On May 28, a reception ceremony for the first shipment of Cambodian bananas exported to China was successfully held at the Shanghai Longwu Imported Fruit and Vegetable Wholesale Market, organized by the Department of International Cooperation of the Ministry of Agriculture and Rural Affairs of the PRC, the Royal Embassy of Cambodia in Beijing, the Shanghai Municipal Agricultural and Rural Affairs Commission, and the Department of Agriculture and Rural Affairs of Hainan Province. This is the first time that Cambodia has exported produce to China, marking the successful and mutually beneficial cooperation of the two countries under the Belt and Road Initiative (BRI). 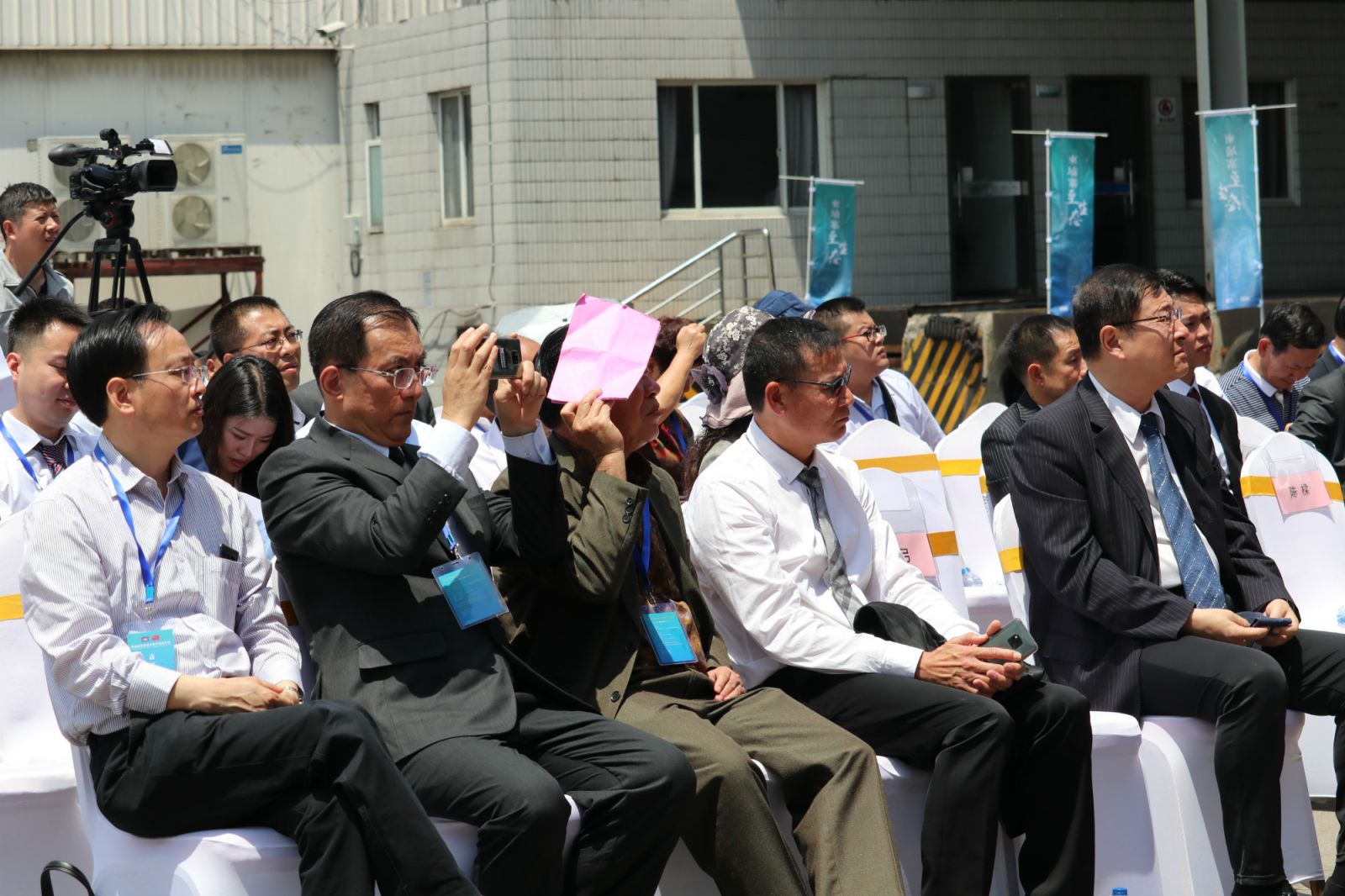 In an effort to promote agricultural, economic, and trade cooperation under the BRI, in July 2017, the Ministry of Agriculture and Rural Affairs of PRC established the first batch of ten overseas agricultural cooperation demonstration areas. One of these is the Cambodia–China Tropical Ecological Agriculture Cooperation Demonstration Area, located in Kratie in northeast Cambodia. Focusing on the banana industry, this demonstration area has established industrial standards in line with local realities accepted by the Cambodian Agriculture Department and successfully received banana export qualifications to China.

The first batch of bananas exported to China left Phnom Penh in Cambodia on May 9 and arrived at the Shanghai Waigaoqiao Phase-5 Terminal on May 22. This batch of bananas comprised five containers and weighed 100 tons with a total value of 63,800 USD (approximately 440,000 CNY). The five containers held high-quality bananas produced by the Cambodian companies Green Island, Longmate, Long Sreng Hua Jian, Grand Land, and Sovann Reachsey. 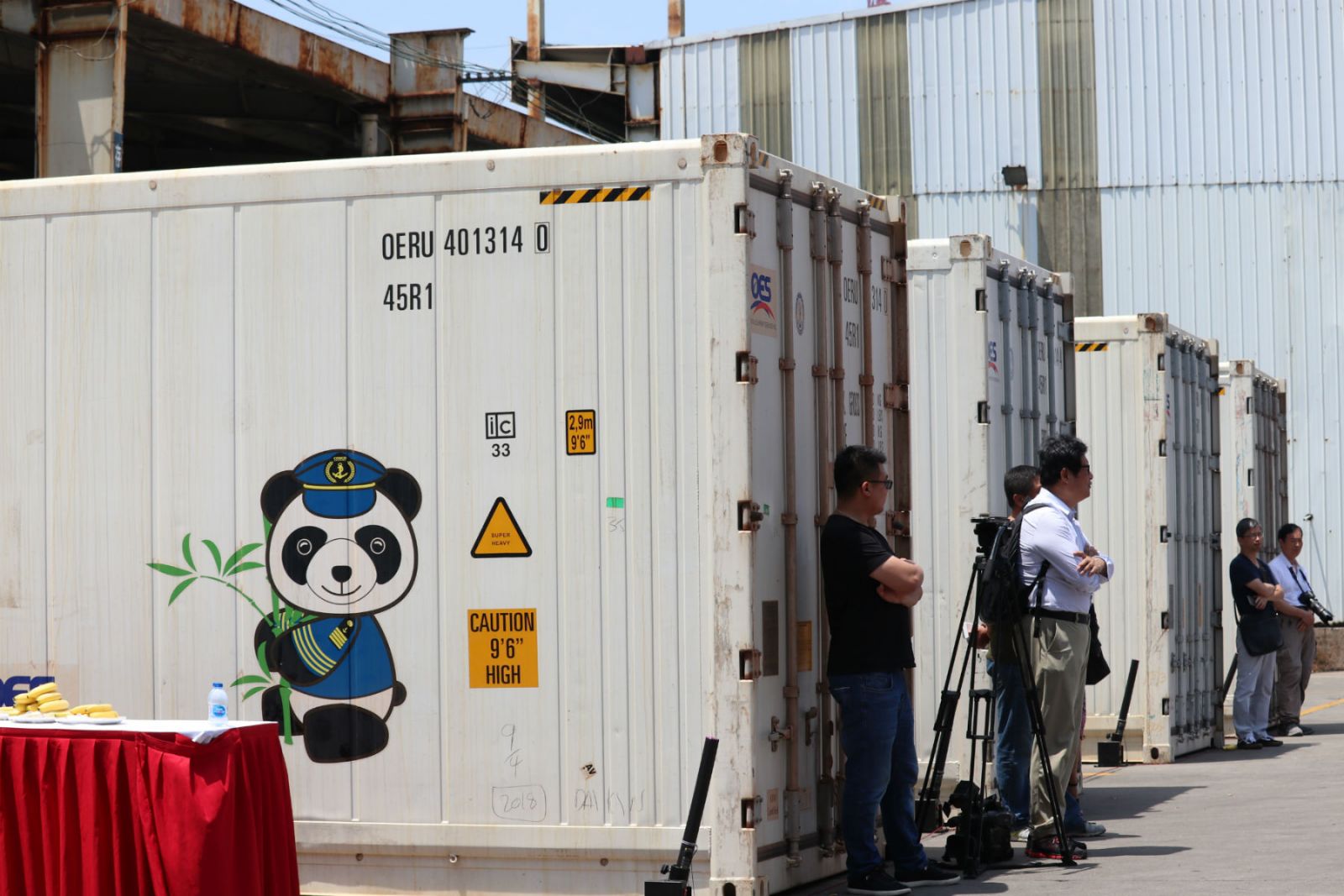 China’s banana imports have been growing rapidly over recent years and reached a total value of 897 million USD in 2018, almost three times that in 2012, nearly two-thirds of which originated from the Philippines. However, despite the fact that banana production in the Philippines is stable throughout the year, it is insufficient for supplying the growing demand from the Chinese market. Meanwhile, banana growers in China have been facing several problems, such as decreases in the planting area and banana production and crops being affected by pests and diseases.

According to Yang Yi, Director of the Center for Foreign Economic Cooperation of the Ministry of Agriculture and Rural Affairs of the PRC, “China has become the world’s largest importer of agricultural products, and its import volume accounts for one-tenth of the global agricultural trade volume. The market potential is very huge.” He continued, “The agricultural cooperation between China and Cambodia is welcoming an important opportunity. The two country’s agricultural industries are complementary, and there are great prospects to develop together in the future.” 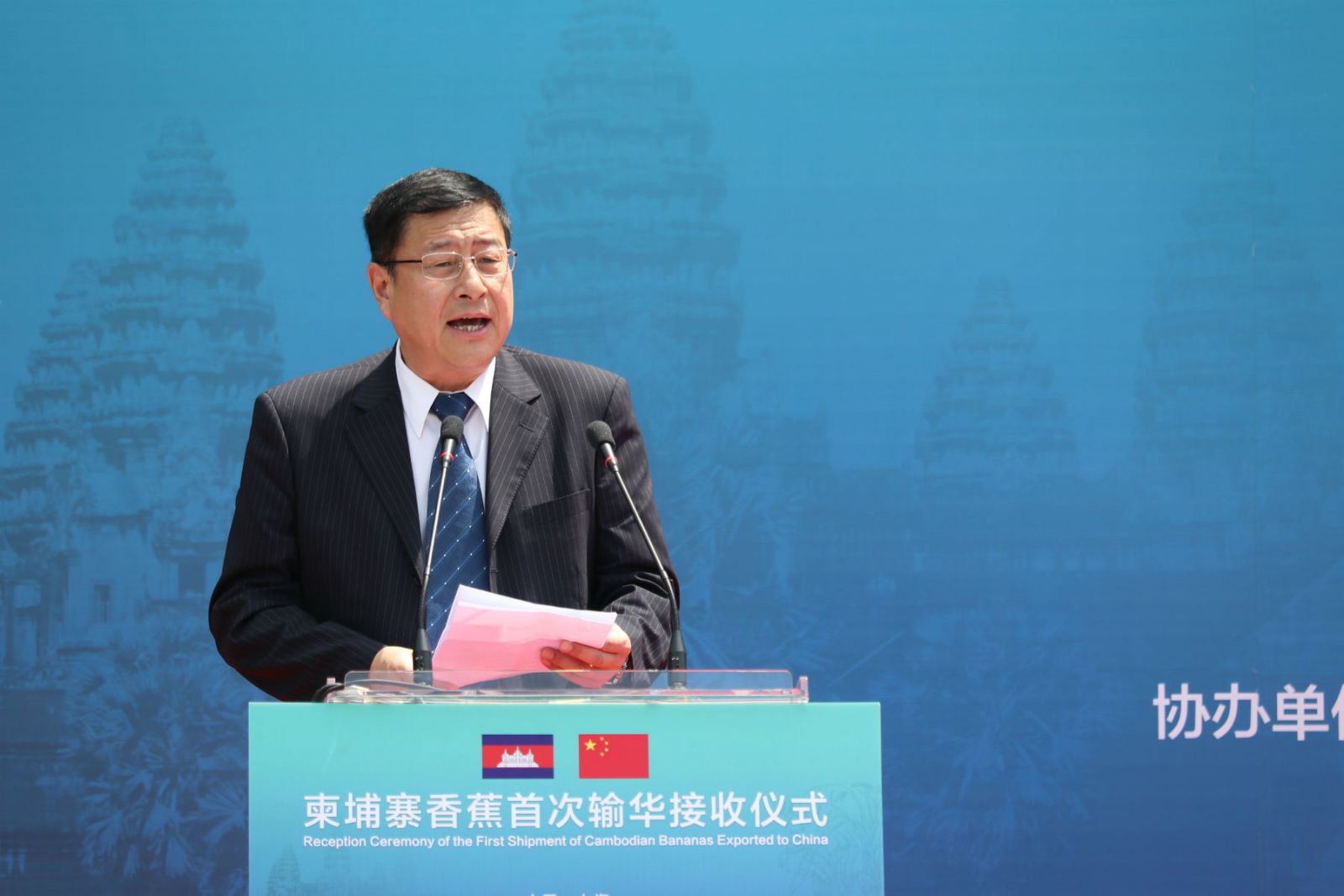 Mr. Tea Kong, Minister-Counselor (Commercial) of the Embassy of Cambodia in China said, “The Cambodian government attaches great importance to the development of the economy and protects the legitimate rights and interests of investors investing in Cambodia. Except for the military industry, the whole industry is open for all. Foreign capital can be 100% sole proprietorship, and foreign exchange is unregulated. A maximum of nine years of business tax and income tax and other preferential policies are guaranteed. The economic and trade success among Cambodia–China bilateral cooperation is significant. GDP has exceeded 7% for 20 consecutive years. The Cambodian government welcomes more Chinese entrepreneurs to investigate and invest in Cambodia.” 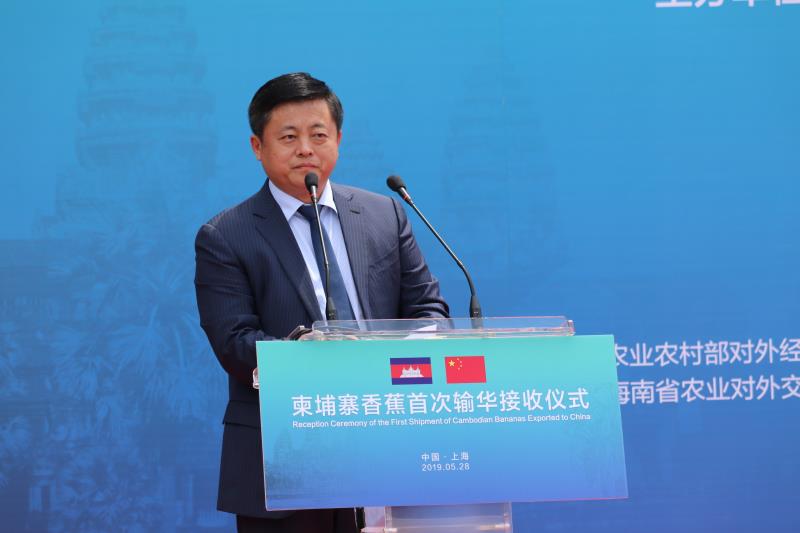 Located in the tropics, with abundant rainfall, vast fertile land suitable for farming, relatively low input costs, and little impact from typhoons, Cambodia possesses numerous unique advantages for banana production. The sunlight and climate conditions are suitable for growing bananas throughout the entire year, and it is not necessary to adjust the banana budding period for typhoons and cold waves like in China. In particular, in contrast to many other countries, the incidence of blight is almost zero, giving Cambodia a clear advantage. The bananas produced in Cambodia are tested by the Cambodian branch of the China Certification and Inspection Group (CCIC). Cambodian bananas are healthy, ecologically produced, and delicious, with very low levels of heavy metals and pesticide residues.

According to Gao Guanhua, General Manager of Hainan Dingyi Oasis Ecological Agriculture Co., Ltd., “China is the world’s largest market, but China lacks tropical land and is not an ideal place for banana planting. The constraint that China’s banana companies are facing now is a lack of growing area that can stably produce high-quality bananas. Cambodia is the ideal country for the Chinese banana industry to extend the industrial chain and solve the problems of supply chain.”

In addition, Cambodia has a geographical advantage for the export of bananas, as it takes only 12 days for produce to reach China from the Port of Sihanoukville in southwest Cambodia. 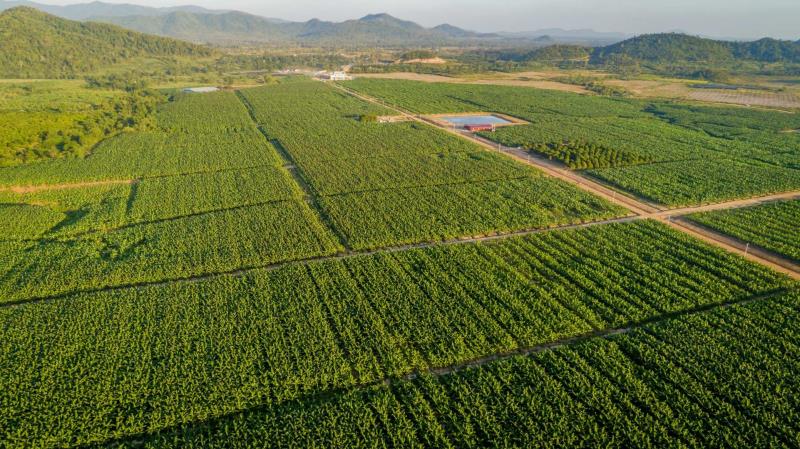 As another hotspot of banana investment after Myanmar and Laos, Cambodia has received substantial attention from the industry over recent years. The direct export of Cambodian bananas to China will undoubtedly promote further investment in this sector. China and Cambodia have a good relationship, which is very beneficial for domestic enterprises wishing to invest in the Cambodian agricultural sector.

According to Jianling Bao, Chairman of the Shanghai Longwu Imported Fruit and Vegetable Wholesale Market, “Cambodia is an important fulcrum of the Belt and Road Initiative and has a natural geographical advantage with China. With its cost advantage as a tropical fruit base, it is expected to become an alternative base for Chinese banana production in the future.” He further explained that they maintain close cooperation with Cambodian technology providers and intermediate logistics service providers, relying on the advantages of the market and foreign trade companies to constantly open up market channels, logistics clearance, and overseas investment business, and ultimately promote the transformation and upgrade of the Chinese banana industry. 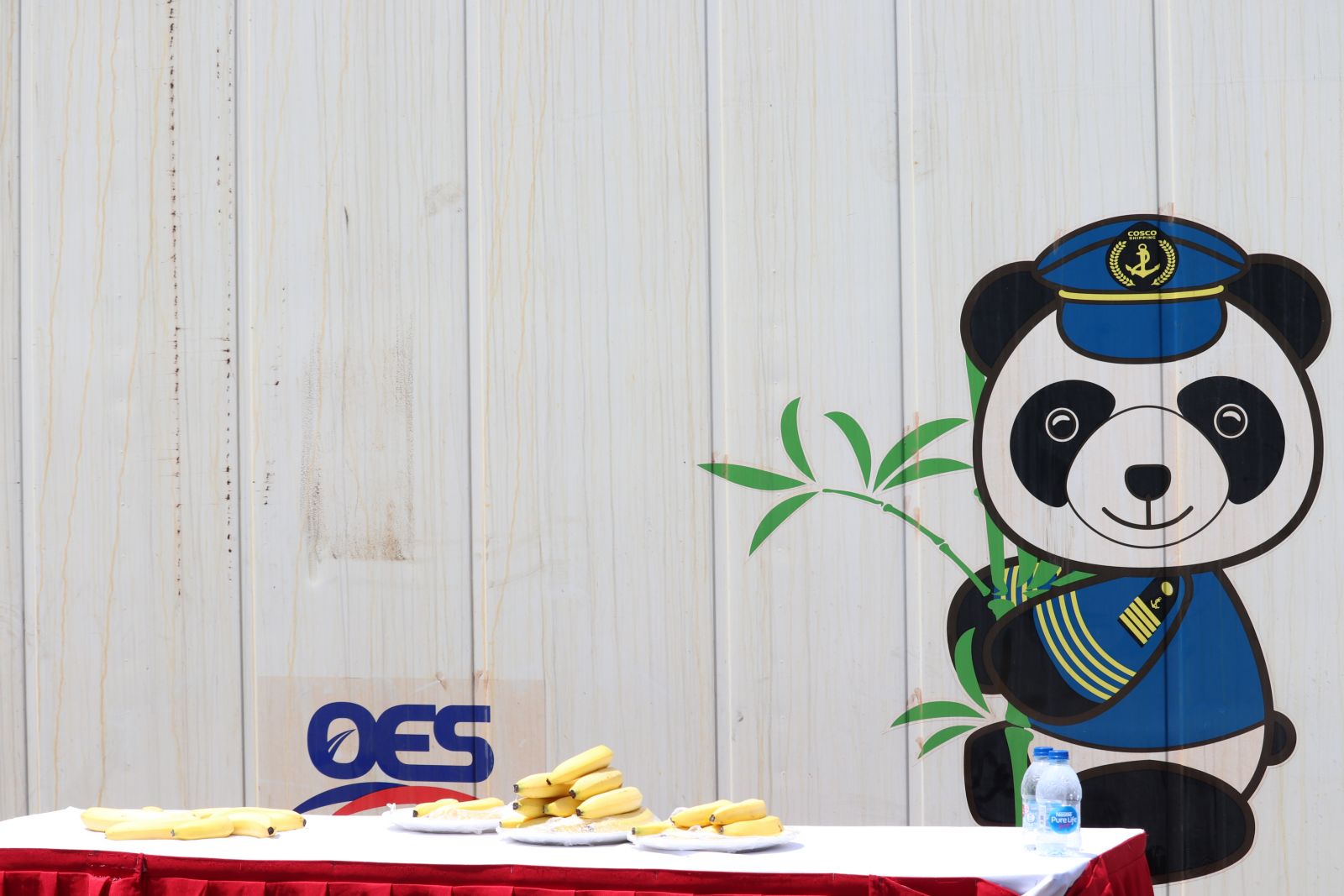 China is reportedly now Cambodia’s largest source of investment, trading partners, and tourists, and has been the biggest export market for Cambodian rice and an important export market for other agricultural products such as cassava and rubber for several consecutive years. With the continuing advancement of the BRI, the complementary advantages of China and Cambodia will continue to be realized, and bilateral agricultural cooperation is expected to usher in a golden period of rapid development.

The import of Cambodian bananas to China brings fresh, healthy, and traceable fruits to Chinese consumers, while also promoting economic, trade, and agricultural cooperation between the two countries as well as aiding in the rapid development of the BRI. 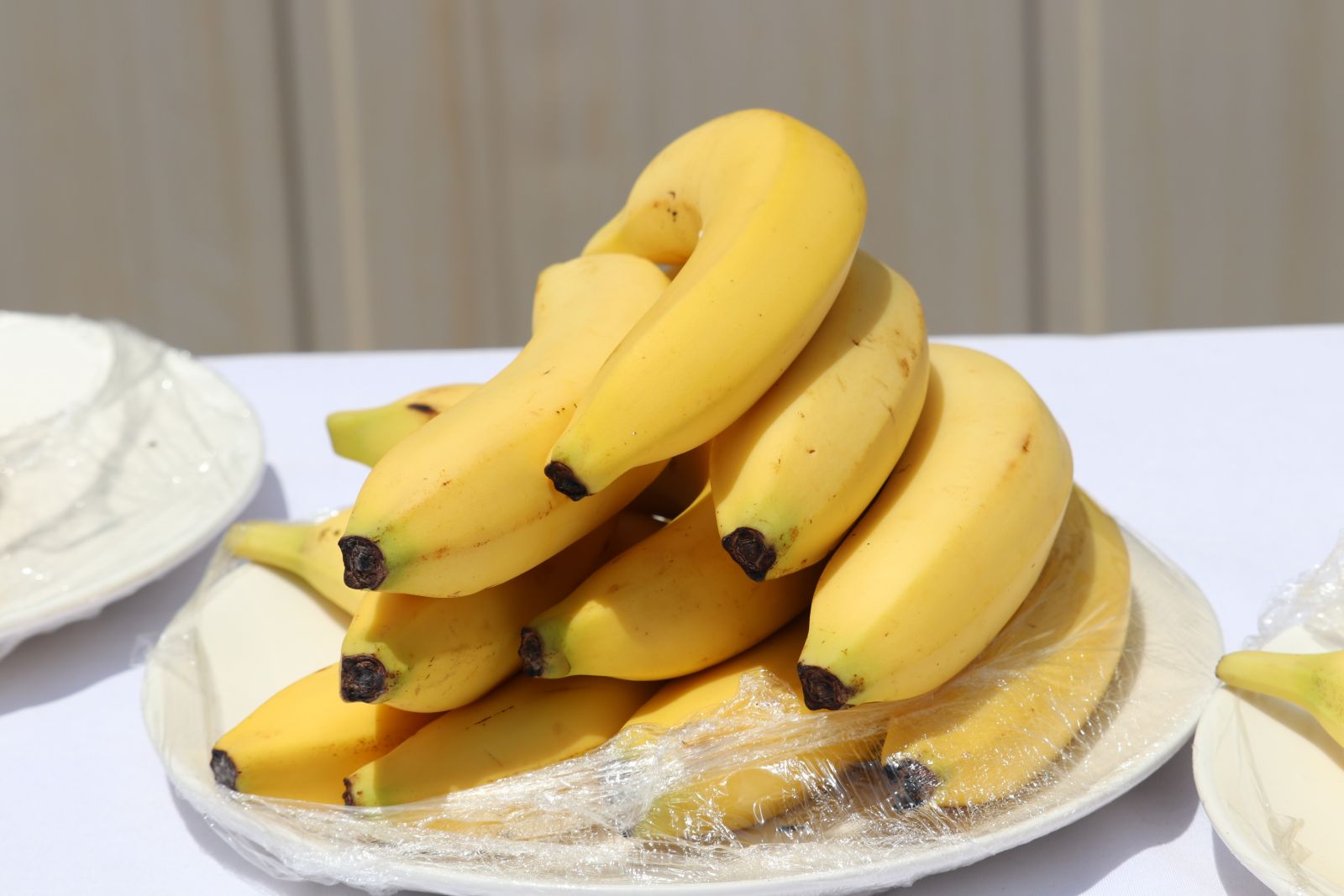 As the first fresh fruit to be admitted to the Chinese market, Cambodian bananas have great significance. In the near future, bananas are expected to be followed by additional fresh Cambodian fruits, such as mangos, durians, coconuts, and jackfruit, ultimately providing Chinese consumers with superior and more abundant choices.