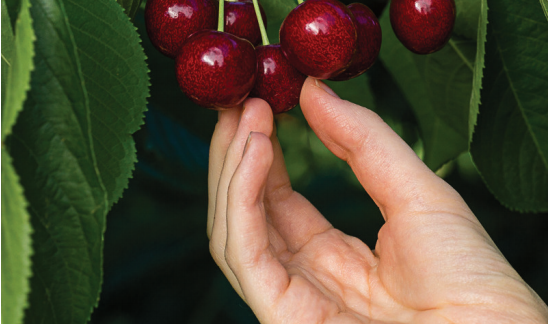 Sales in the United States peaked on July 4, during Independence Day. Another impressive figure worth noting, through July 13, 1.48 million fifteen pound boxes of Rainiers cherries were shipped. As Northwest cherries pass the halfway point of the 2017 season, an increase in cherry size, sweetness, and firmness are expected.

High summer temperatures necessitate speedy picking and immediate market entry to ensure maximum shelf life. A copious harvest in the United States and saturated markets abroad are putting pressure on the Chinese market, which has imported a large volume of cherries this season. Yet, in China’s domestic market, cherries are competing against other major fruit varieties such as peaches, watermelon, and other summer fruits.

To an extent, an oversupply of cherries in the Chinese market has resulted in a considerable price drop. It turns out that bulk discounts are leaving sellers overstocked with cherries that have a comparatively shorter shelf life due to above average temperatures. Currently, the main late-season cherry varieties available in wholesale markets include Lapin Skeena and Sweetheart.

International marketing is being carried out across 17 countries. As for China, NWCG is executing online and offline promotion and sales in numerous cities from Shanghai to Chengdu and more. One marketing campaign includes cooperation with China Eastern Airlines.