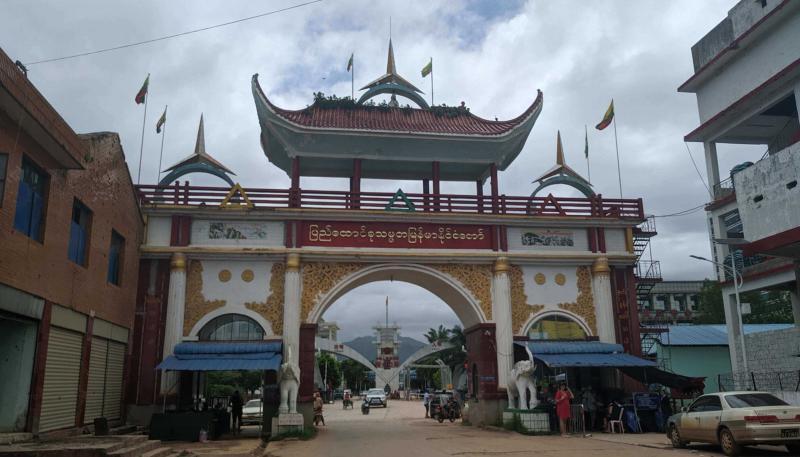 According to a report from the Department of Trade in Myanmar’s Ministry of Commerce, the major land trade port of Qingshuihe, situated on the China–Myanmar border in the northern part of Myanmar’s Shan state, was closed on Oct. 6. Aside from supplies and medical equipment to fight the novel coronavirus epidemic, no other goods are being allowed across the border.

Under normal circumstances, there are a total of eight land ports that carry out border trade between China and Myanmar. Several of these ports have been temporarily closed since April 7 of this year. Starting from July 8, all remaining China–Myanmar land border trade ports aside from Qingshuihe Port were successively closed owing to epidemic prevention and control measures. The closure of Qingshuihe Port on Oct. 6 means that all land trade ports between China and Myanmar are now closed.

China is the largest destination for Myanmar’s watermelon and cantaloupe exports, with an annual export volume exceeding 800,000 tons. Around 400–500 fruit trucks typically cross the border every day. With the recent port closure, Myanmar will no longer be able to export watermelons to China. Owing to the impact of the epidemic and port closures, the Wanding Melon and Fruit Market began repatriating thousands of migrant workers from Myanmar after China’s National Week holiday had ended. According to local merchants, the closure of Qingshuihe Port will be a heavy blow for Myanmar’s already struggling export sector.

After Muse Port, Qingshuihe Port, a designated national-level tier 1 port, is the second-largest border trade port between China and Myanmar. The port is also Myanmar’s main channel for exporting agricultural products to China. The port closure has left Myanmar unable to export agricultural products to China, and the prices of various goods imported from China to Myanmar are also expected to rise.

China is Myanmar’s largest export market. According to data from Myanmar’s Ministry of Commerce, bilateral trade between China and Myanmar over the first seven months of the 2020–2021 fiscal year reached a total value of $6.13 billion. This figure was composed of $3.18 billion in export value from Myanmar to China and $2.95 billion in imports from China into Myanmar.