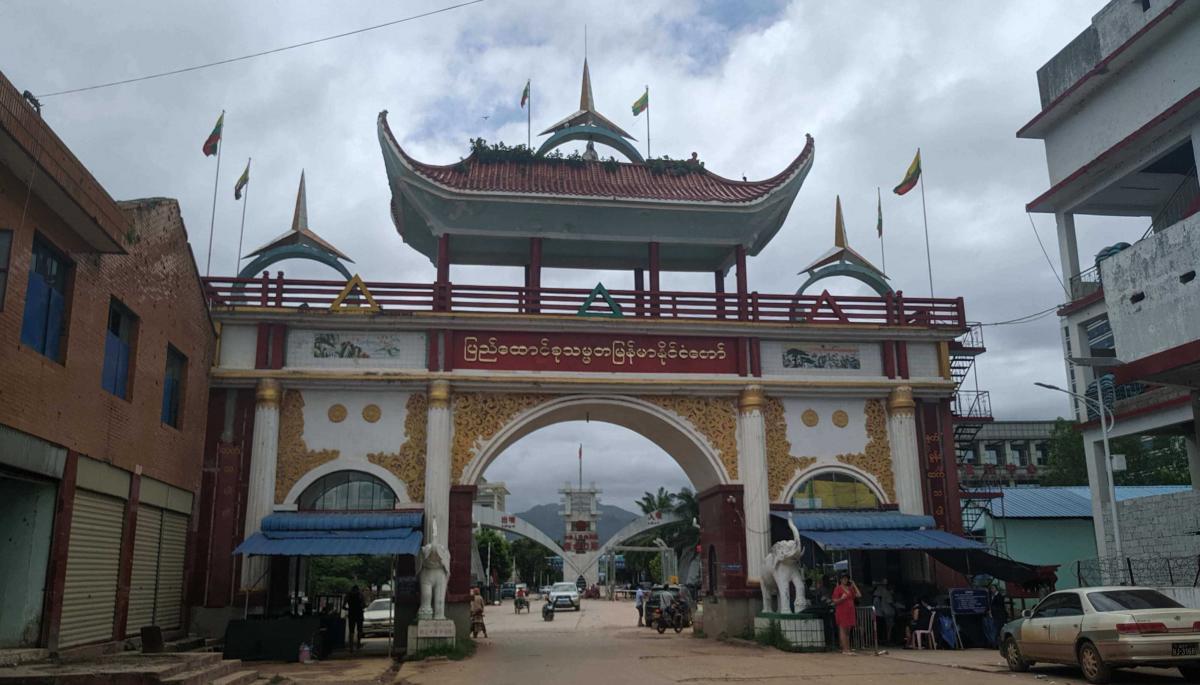 Ruili, Yunnan, a border town opposite Muse, Myanmar, has witnessed a spike in confirmed COVID-19 cases recently, prompting the government to tighten restrictions at major border crossings as of July 5 at 8 a.m. All border crossings between China and Myanmar are now closed, causing the border trade between the two countries to grind to a halt.

The Muse–Jin San Jiao and Muse–Wanding border crossings were closed on July 8, while the Laukkai–Yanglong and Chinshwehaw–Qingshuihe crossings have been closed since April 7 and April 18, respectively. Consequently, all border crossings along the northern area of Myanmar’s Shan State are currently closed.

The city of Muse accounts for a large proportion of the border trade between China and Myanmar, with a daily trade volume in excess of $10 million prior to the pandemic. That figure has now fallen by over 60%, with Miandian News (缅甸之声) reporting that 3,000 cargo trucks were backed up along the 170-kilometer border at one point. To avoid exacerbating the congestion, on July 11, border patrols began prohibiting any cargo trucks heading toward Chinese border crossings from passing the 16-mile checkpoint near Mandalay.

Myanmar primarily exports timber, fruits and agricultural products to China through Ruili, among which fruits mainly enter China through the Jin San Jiao crossing. As this was the last border crossing to be shut down, cargo trucks loaded with fruits were forced to queue nearby prior to its closure on July 8. At one point, 1,000 cargo trucks were reportedly stranded at the crossing. Now that this crossing is closed as well, Myanmar–China border trade has reached a complete standstill.

The pandemic and political turmoil have stunted Myanmar’s fruit cultivation and exports. The volume of mangos exported through Muse has roughly halved, and the congestion has caused large quantities of fruit to expire during transit. Although many fruit exporters, including mango exporters, have turned to sea shipments instead, the shortage of shipping containers and soaring reefer freight rates have also increased the costs and risks associated with such exports.

Data from China Customs indicate that China’s exports to Myanmar in January were up 43.1% compared with the previous year, whereas in May they were down by 6.1%. Meanwhile, imports from Myanmar in January were up 54.2% year on year, but in May they were also down by 60.7%. Analysts believe that Myanmar and China’s bilateral trade will face further uncertainty in the second half of the year.