INTERPOMA celebrates 10th edition with 20,000 visitors from the world 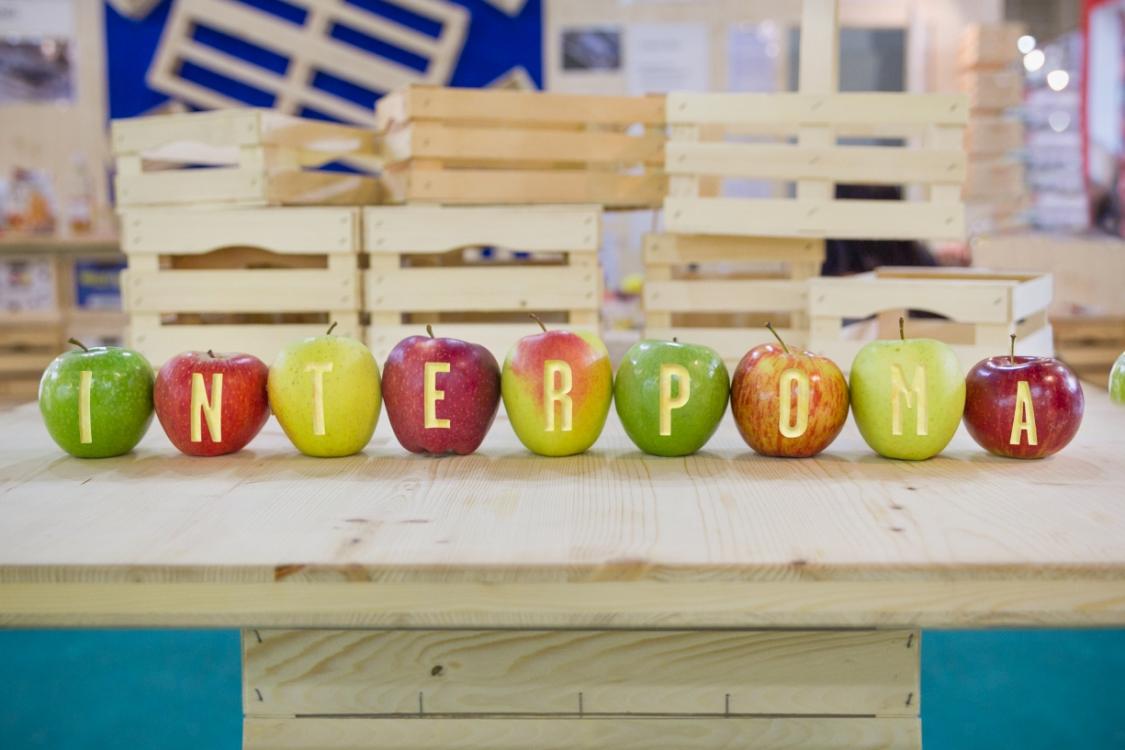 For three days, South Tyrol has been the centre of the world apple sector, thanks to the tenth edition of Interpoma – the biennial international trade show for the production, storage and marketing of apples – at the Fiera Bolzano Exhibition Centre from 24 to 26 November. 20,000 visitors from over 70 different countries (from A for Argentina to Z for Zimbabwe) came to Bolzano. Also present were numerous international buyers and 150 journalists from all over the world… thanks in part to a highly fruitful collaboration with ICE, Italy’s Institute for Foreign Trade, for Interpoma 2016. Spread across 25,000 entirely occupied sq.metres were 460 exhibitors from 24 different nations (including America, Austria, Belgium, Croatia, Denmark, France, Germany, Japan, the UK, Israel, Italy, Holland, Poland, the Czech Republic, Romania, Russia, Spain, Switzerland, Hungary, Ireland, Korea, Slovenia, Portugal and Serbia), all eager to show their wares and products on this international stage.

“Interpoma has always been an example of successful interdisciplinary collaboration, a concept which is becoming increasingly important in a global and rapidly changing world – explains Thomas Mur, Managing Director of Fiera Bolzano – and in this sense, the first edition of the Innovation Camp, with its strongly international flavour, represents an important step towards the future”.

The Innovation Camp took place on the two days preceding Interpoma, i.e. 22 and 23 November 2016. Repple was the winning team for the best idea in terms of concept, development, presentation and business model: this group had worked on the possibility of extracting oil from apple seeds, useful in the fields of cosmetics and pharmaceuticals. An innovation with strong market applications and a high profit potential. Compared to other already existing extraction systems, Repple’s organic process makes it possible to obtain a higher quality oil from apple seeds. Other projects developed by the five international teams taking part included sensors for artificial intelligence devices, marketing and smart agricultural technological systems.

All the exhibitors interviewed showed great enthusiasm for the positive results achieved at this tenth edition of the only trade fair in the world dedicated exclusively to the production, storage and marketing of apples.

Great interest has also been shown for this year’s guided tours and International Congress: 360 people enthusiastically accepting Interpoma’s offers of guided tours to local apple-growing enterprises… this year with the addition of a tour specialising in organic apple production. Yet again, the three-day International congress “The Apple in the World” drew big crowds, with special interest shown for themes such as “The Apple Market in a Transitional Phase” and “The Consumer Speaks”.

The conference-type programme also included a large number of events and forums organised by exhibiting companies and Interpoma partners. The VOG and VI.P consortia took advantage of Interpoma’s international stage to organise “The most yello® event of the year - Presenting the new yello® apple variety”. Another apple variety event bore the title “Varietal tests on apple and pear trees: methods, results and critical issues. The Italian Varietal Lists project”… and was organised by the Laimburg Experimental Centre. Other theme forums included “Sustainable Fruit Growing, today and tomorrow. Tools, techniques and communication”, a part of the Agroinnovation Tour promoted by Image Line; “Innovation in Fertilisation”; “How to protect yourself against non-payment”, organised by Assoconsult; “Present and Future defence solutions against Apple Aphids”, presented by Bayer, and also a forum launched by the Vivai Mazzoni nursery company on “BIBAUM, an innovative nursery system that looks towards the future”. The ACI (Alliance of Italian Cooperatives) and the Assomela apple association organised high level discussions with the most important cooperative groups in Europe, in an encounter titled “New market access and promotion in Third countries: main priorities for European F&V Cooperatives and Producer Organizations in the Russian embargo context”.

Both exhibitors and visitors were also enthusiastic about the many unofficial theme events spread across the city of Bolzano, thanks to a partnership initiative involving hotels, bars, restaurants, bakeries and confectioners, all of which offered numerous apple-based specialities to their customers.