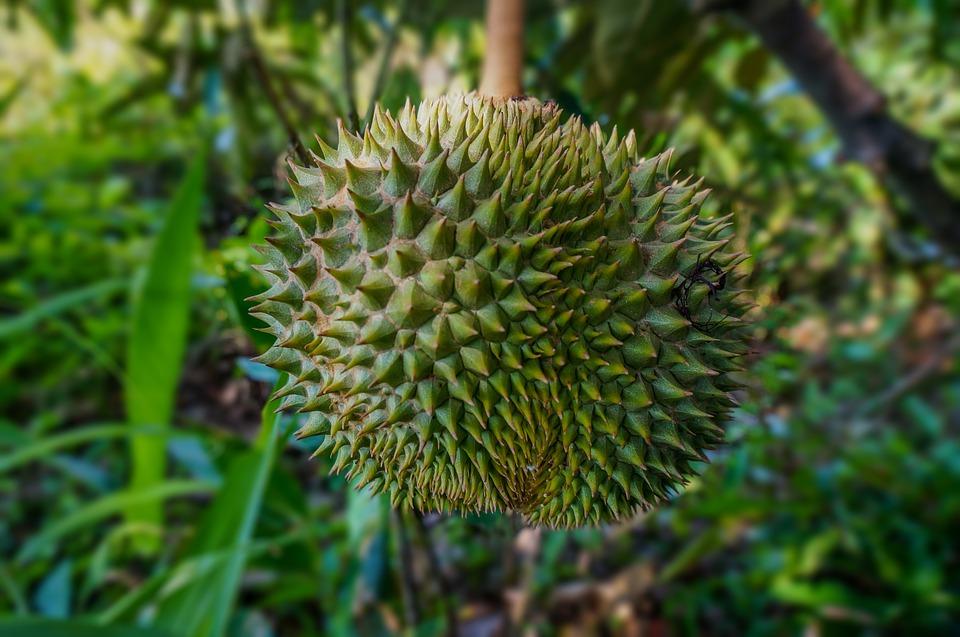 Durian is a ‘hot’ fruit in China, with steadily growing demand among consumers. But, due to having no domestic commercial durian production, China relies on imports from Thailand, the only country approved by Chinese phytosanitary authorities to export fresh durian here. But recent news of successful test plantations in the southern province of Hainan has raised the prospect that China may someday produce durian domestically in commercial volumes.

Local agricultural officials, however, are urging farmers in Hainan, a nearly 34,000km2 tropical island in the South China Sea, not to rush into planting durian seedlings until more research can be done to determine the feasibility of commercial durian planation and the appropriate growing areas and varieties.

So far, the research and trials into durian production in Hainan center around Baoting county, near the island’s southern tip. According to reports, the Hainan Academy of Agricultural Sciences has established a ‘Durian Planation Demonstration Base’ in the town of Sandao in Baoting. Although this plantation is still in the trial phase, trees there have successfully born fruit, with a high enough fruit set rate to draw the interest of local fruit farmers hoping to cultivate a new high-profit crop with steadily growing consumer demand. In a separate project, a company based in the municipality of Sanya, just south of Baoting, announced that it had planted a plot of the Musang King durian varietal—a prized fruit widely cultivated in Malaysia.

There seems to be a growing appetite for growing durian among fruit producers in Hainan, as evidenced by high local prices for durian seedlings. However, local officials such as FENG Xuejie, Director of the Tropical Fruits Research Institute of the Hainan Academy of Agricultural Sciences, have urged farmers to wait until more research can be conducted about suitable cultivation areas and varieties before they invest in growing durian trees.

Unlike other fruits cultivated in Hainan like passionfruit, pineapple, mango and papaya, durian trees take a long time to bear fruit and produce a return on investment— four to eight years depending on the variety and other factors.

And Hainan has already seen one instance of durian speculation boom and bust. Farmers already tried planting durian in the 1980s, and ended up with disappointing yields and fruit quality.

This article is based on an article originally published on Produce Report in Chinese. The original article can be found here.