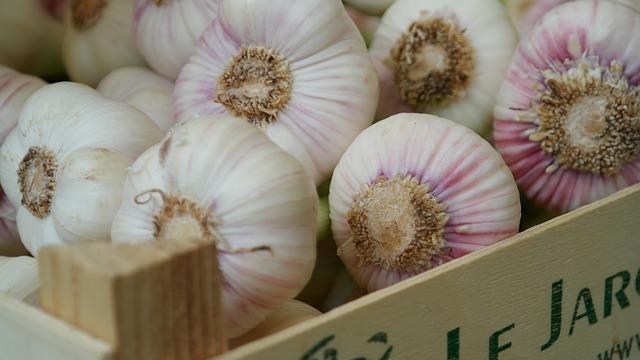 Previously in 2010, the garlic price soared, then in the subsequent years, the price continued to fall until January of last year, the garlic price began to rise again. In 2016, the highest price of garlic was even greater than the historical record set back in 2010. The purchase price of garlic has reached 6.6 yuan ($0.96) per kilogram in garlic-producing areas, which is the highest price of the past ten years. After the additional costs of distribution and transport, the final retail price of garlic adds up to more than 10 yuan($2.93) per kilogram.

The current round of rose of garlic price is mainly due to an imbalance of supply and demand. 2015 saw a reduction in planting area combined with unfavorable weather such as low temperatures at the end of last year in the garlic producing regions in Shandong Jinxiang, The main producing areas for garlic decreased compared with the previous year, reduced by 20% -30%. This resulted in a short-term supply of garlic this year. Adding to the problems, a large number of dealers have been hoarding goods which is also an important factor leading to the soaring garlic price. Different from other vegetables, dry garlic can be stored for a long time, which allows for the hoarding garlic to become possible, in order to obtain an economic benefit. Some well-funded dealers use this method of hoarding in an attempt to control the supply, forcing the price of garlic to go up. First of all, these well-funded dealers buy garlic from farmers at a lower price through contract cultivation and acquisition agreements. And then, the packaged garlic is stored in cold storage. Finally, the dealer reduces the supply of garlic into the market, with the goal of driving up prices allowing for higher profit. In addition, the general pre-supply is often too small during the early of garlic harvest season, and most farmers are not able to predict future trends in the market, making them reluctant to sell, which will result in a greater market imbalance between supply and demand. Therefore the garlic price has remained high.

In 2016, the garlic price was severely inflated. Could it possibly continue rising in 2017? Most industry insiders generally believe that the price of garlic will be far lower than in 2017. On the one hand, the government is regulating the garlic price. On the other hand, statistics show that garlic planting acreage in 2016 expanded more than 20% in from 2015. The garlic farmers themselves got a high price in 2016, which will significantly stimulate the enthusiasm of their cultivation of garlic. Not only Shandong, Henan, Jiangsu and other major producing areas are expected to increase production areas, but Yunnan, Liaoning, Sichuan and other places of garlic cultivation will also expand. By May of 2017, garlic price is expected to fall back to a reasonable price range quickly.