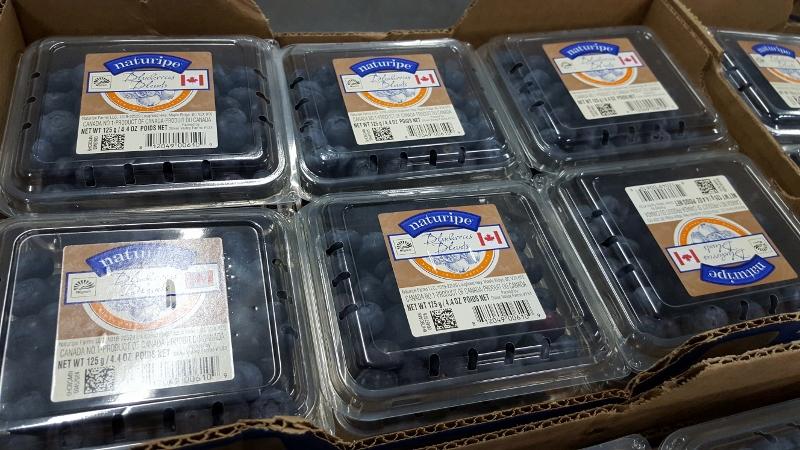 The first container of Canadian blueberries is heading for Guangzhou, China, and is expected to arrive on Friday, July 29th, in the midst of peak season. As Chinese domestic blueberries are still in season in northern China, Naturipe has decided to ship to Guangzhou, in order to cater to the southern China market. David Smith, Business Development Manager at SVA Fruits, shared the story with Produce Report.

“We decided on Guangzhou because the market there is better for imported products when faced with an abundance of local products,” he told Produce Report. “Blueberry production is concentrated in the north of China right now, so we have less competition in the south.”

In recent years, the Chinese blueberry industry has experienced robust growth and development. As previously reported (http://www.producereport.com/node/347), blueberries are grown across 27 provinces in China, from Hainan in the south to Heilongjiang in the north. Blueberry production in 2015 reached 30,000 tons, with the supply of fresh blueberries extending for nearly six months, from mid-March to late-August.

Smith admitted that there is tough competition between Canadian and domestic blueberries, as the substantial progress made by Chinese blueberries cannot be ignored. Coupled with Chinese blueberries increasing development, more and more international brands are seeking cooperation and opportunities in China.

However, compared with the production and logistical management and capacity of imported brands, domestic Chinese blueberries are still lacking, with cold chain logistics and management remaining a significant challenge. Blueberry production in the north of China is located far from markets in China’s south, making it difficult to deliver high quality fruits to the wholesale markets and other vendors in southern China. As far as imported blueberries are concerned, their condition upon arrival is even better and fresher than their domestic counterparts from the north. Smith notes that “domestic producers find it more difficult to successfully send their fruit to the south of China, due largely to the distances involved.”

Last season, Canada’s first shipment of blueberries to China was transported by plane in order to test the Chinese market, and subsequently received high praise for their premium quality. This year, is the Chinese market ready for large amounts of Canadian blueberries shipped via ocean containers?

Mr. Smith has conducted large amounts of research on the Chinese fruit market and has come to understand that Chinese consumers are increasingly paying much more attention to their health. In this case, super fruits such as blueberries will become more popular and more important in daily life in China. Smith has great confident in this market: “One container is not too much for the market, the key will be the quality of the fruit.”