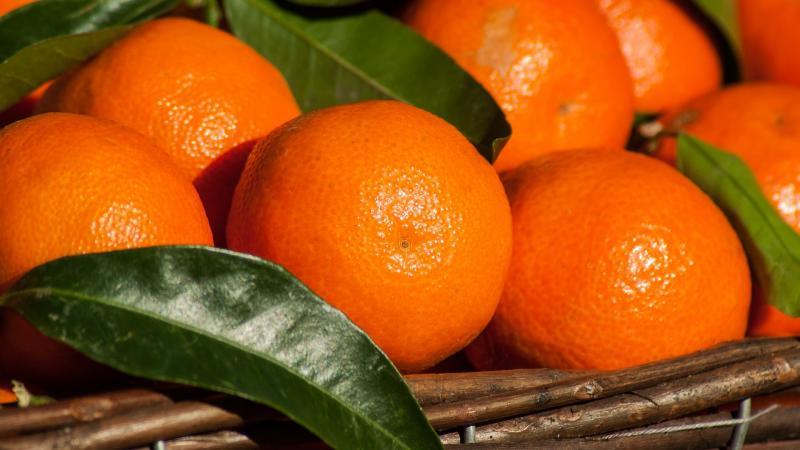 According to reports, the shipment consisted of one shipping container holding a total of 2,650 boxes of kinnows and arrived in Dalian on Feb. 21. The shipment departed from the Port of Karachi on Jan. 22 and cold storage was used throughout the journey. The import company, Dalian Youlianfeng Food Trading Company Ltd., expressed their satisfaction with the shipment, with the kinnows reportedly arriving in great condition and clearing customs smoothly. The fruits for export were selected by the Pakistani exporter according to a very high standard, so even after the month-long sea voyage the shipment arrived with very minimal damage to the fruit.

Kinnows are a juicy seeded mandarin hybrid with a sweet, tart flavor and typical Brix values of 13.6–14 °Bx. Unlike shatang (“sugar”) mandarins, which have no sourness at all, kinnows have retained that original mandarin tartness and possess a good balance of sweet and sour with a richly layered flavor. Each box reportedly contains 10 kg of kinnows, and the fruit conform to four different size categories: 60, 66, 72 and 80. The recent shipment is mainly destined for the e-commerce market.

China and Pakistan signed an agreement stipulating the phytosanitary regulations for Pakistani citrus imports to China back in 2005. However, owing to concerns that the fruit would not meet China’s import standards, very few Pakistani exporters have been willing to risk exporting kinnows to the Chinese market. The recent shipment of kinnows was made possible by hard work from many parties — an extensive survey was conducted across 21 processing facilities qualified to export citrus to China, and the packing facility with the highest and most reliable quality was selected for this new export trial. According to an interview by China Economic Net with a source involved in the process, “usually, the factory staff can pack one container of fruit in a day. But for this China export order, they could only pack 200–300 boxes in a day. In Pakistan, the export standards for Russia, Malaysia and Indonesia are already considered very stringent, but their standards are nothing compared to China’s. If any problems arise during quarantine, it’s not an exaggeration to say that there’s a risk of officials losing their jobs, or a company closing. This shipment that has arrived in Dalian contains 2,650 boxes of mandarins, at an average of 70 per box, so that’s a total of around 185,000 individual fruit. Each one was truly hand-selected by the Pakistani workers.”

Owing to its subtropical climate, Pakistan is very well suited for growing fruit and the country is rich in fruit resources. Kinnows are a mandarin variety unique to Pakistan that have become renowned throughout the world for their unique flavor and fragrance. They are grown in Sargodha in Pakistan’s Punjab province, with the harvest season lasting from December until the end of February. Traditionally, the main export markets for kinnows have been Russia and Ukraine, with some also exported to countries in the Middle East and Southeast Asia. Statistics show that Pakistan is the world’s 13th largest citrus producer with an annual output of 2.4 million tons. Kinnows account for approximately 70–80% of this volume.

The Sino-Pakistani fruit trade has a bright future ahead. Aside from positive bilateral relations between the two countries, Pakistani fruit also offers favorable pricing. Pakistan intends to export 50,000–80,000 tons of kinnows to China over the next few years. At present, mandarins are one of three Pakistani fruit varieties approved for import to China, alongside oranges and mangos.