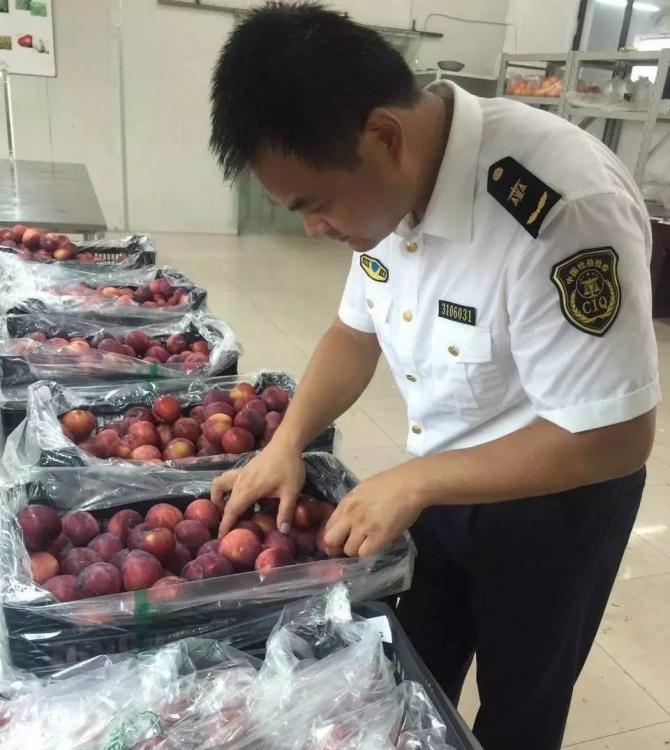 According to news from Shanghai Minhang CIQ, on August 20, the first batch of fresh Spanish plums arrived at Wulong fruit inspection platform. This was the first time for fresh Spanish plums to enter China since Spain received access permission to China for its drupes. According to Produce Report, Spain is famous for its drupe production in Europe, with the total production volume for Spanish drupes reaching 1,646,131 tons in 2015.

In April of this year, with the permission of China’s National Quality Inspection Administration, Spanish drupes were allowed to be exported to China. After that, the Animal and Plant Department of AQSIQ published their “List of Spanish peach and plum orchards, packaging companies and cold treatment facility companies allowed to export products to China”. The first batch of fresh Spanish plums entered subsequent laboratory inspection for safety and sanitation after strict on-site quarantine inspection by CIQ. In a few days, these plums are expected to enter the Chinese market, and soon Chinese customers will have the opportunity to taste famous fresh Spanish plums.

The recent temperatures in Shanghai have soared above previous records several times, and the staff members in the Wulong office have still been positively helping customers to solve problems through their rigorous work. They have been highly praised by fruit vendors.