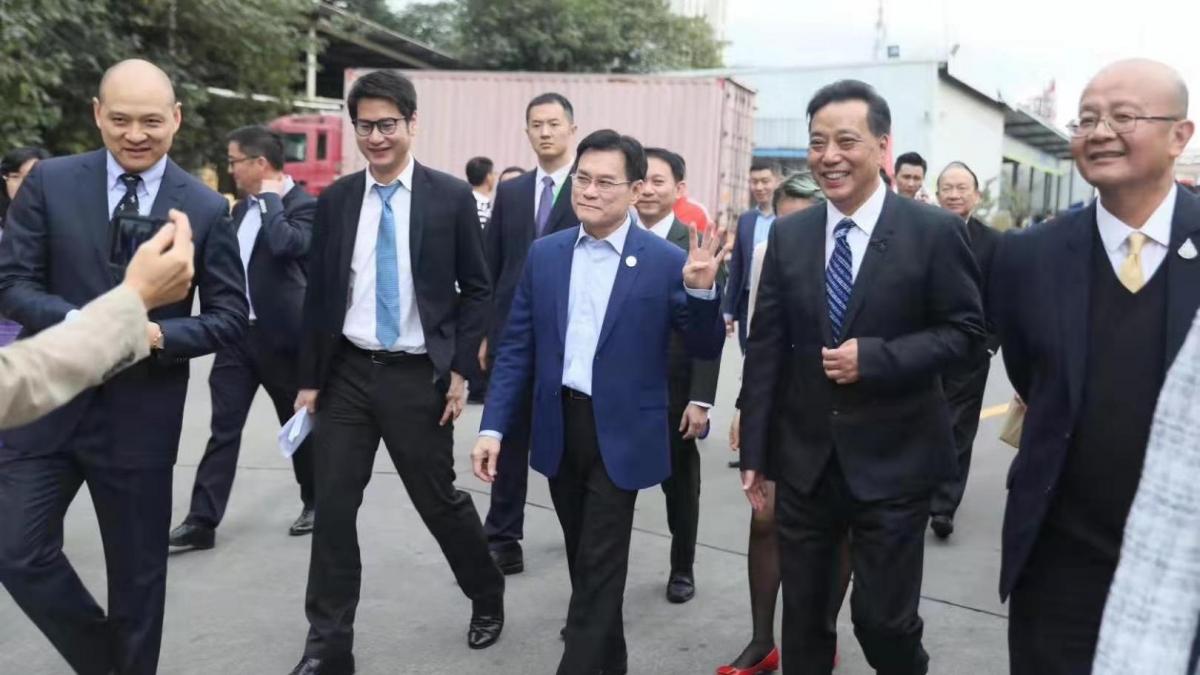 On Nov. 6, 2019, Thai Deputy Prime Minister and Minister of Commerce Jurin Laksanawisit led a high-level delegation from the Thai Ministry of Commerce on an inspection of the Shanghai Longwu Imported Fruit and Vegetable Wholesale Market.

The Longwu Market management team were on site to welcome the Thai delegation. Deputy Prime Minister Jurin visited many of the market’s fruit sellers, chatting with several store owners who deal in imported Thai fruit and asking them about current sales of Thai fruit on the Shanghai market. He also livestreamed part of the visit to Thai netizens, passing along the message that the Chinese market welcomes Thai fruit imports. 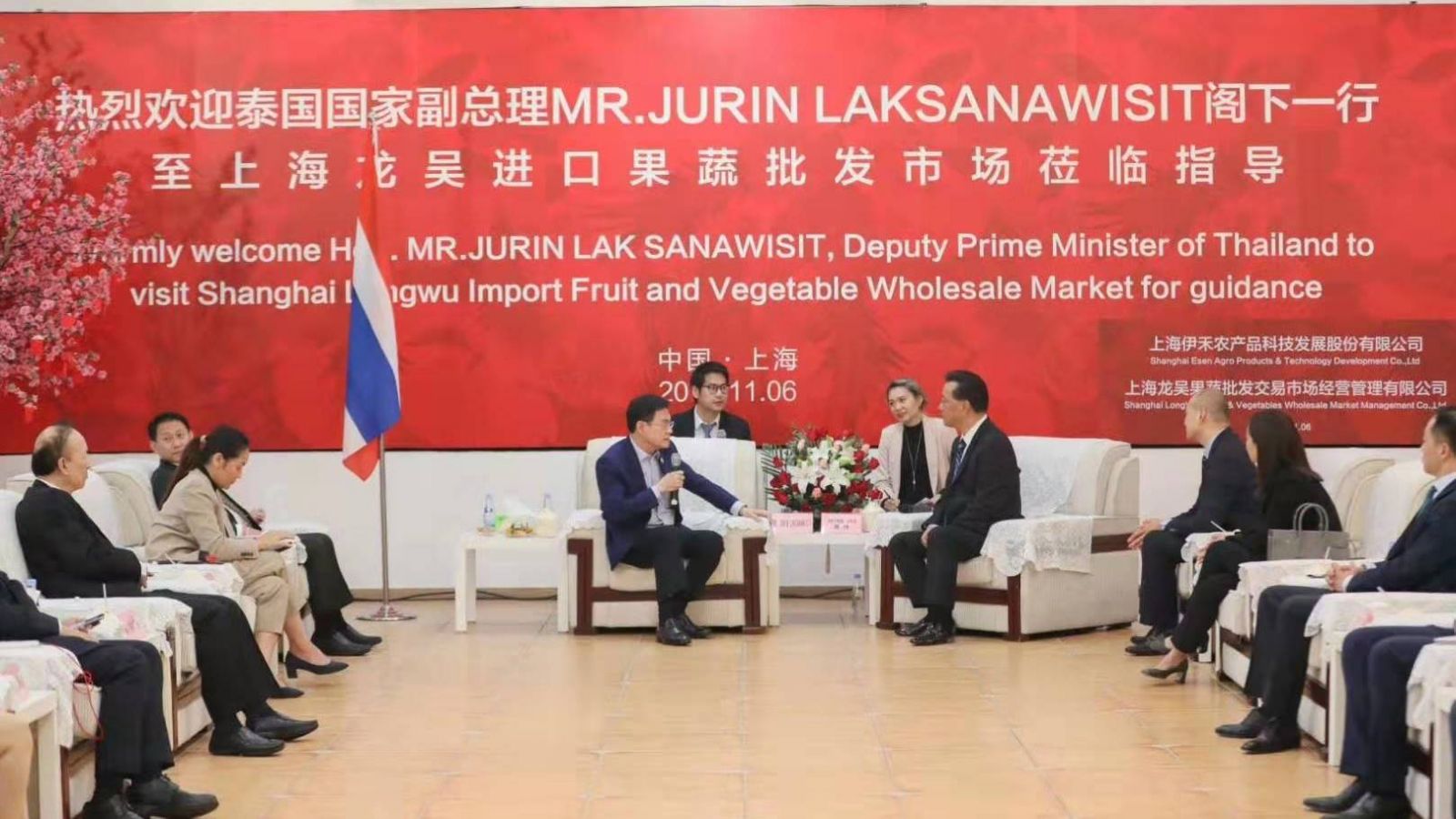 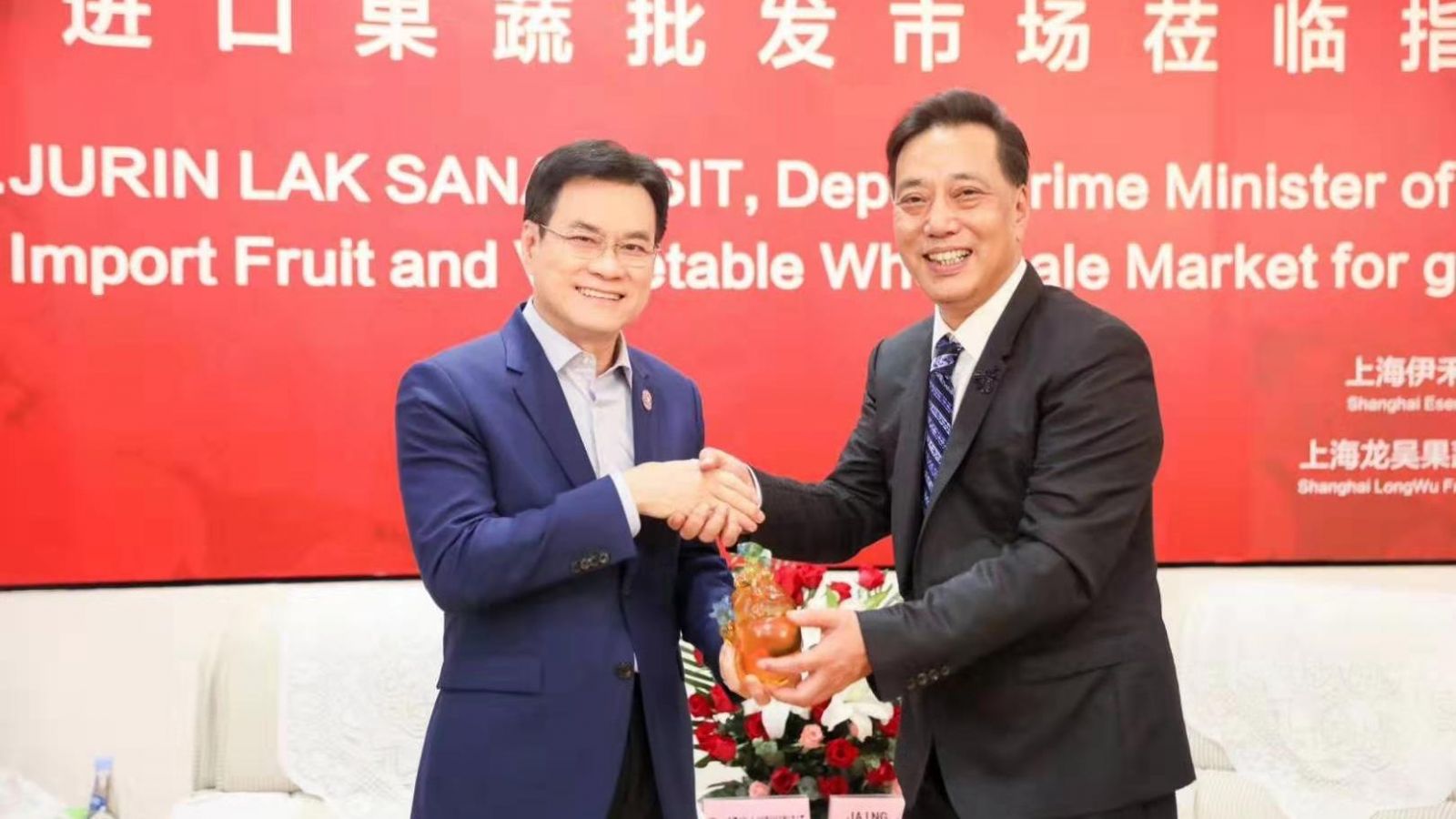 Jurin also held informal talks with some of Shanghai’s leading fruit importers and other related enterprises. During the talks, Jiang Jia, the president of Yihe Agricultural Products, provided the deputy prime minister an outline of the company’s current business. Yihe Agricultural Products is mainly engaged in operating large-scale domestic fresh produce whole-industry chains, as well as international fresh produce import and supply chain services. In 2018, the company generated 2.3 billion Chinese yuan in revenue and purchased 250 million yuan of Thai products. Over the years, it has demonstrated a commitment to promoting Thai products on the Chinese market.

Also in attendance were Wang Wei, the general manager of the Shanghai Huizhan International Trading Company, and Li Xingping, the deputy general manager of the Shanghai Aize Industrial Development Company, who each gave an introduction to their company’s current engagement in the import of Thai fruit. They touched on the rapid development of Thai fruit imports over the past few years, their optimistic outlook for future growth and the positive state of cooperation between Thailand and China. Deputy Prime Minister Jurin expressed his thanks to the various companies in attendance for their ongoing support of Thailand’s agricultural industry, and encouraged them to choose more Thai produce in future. 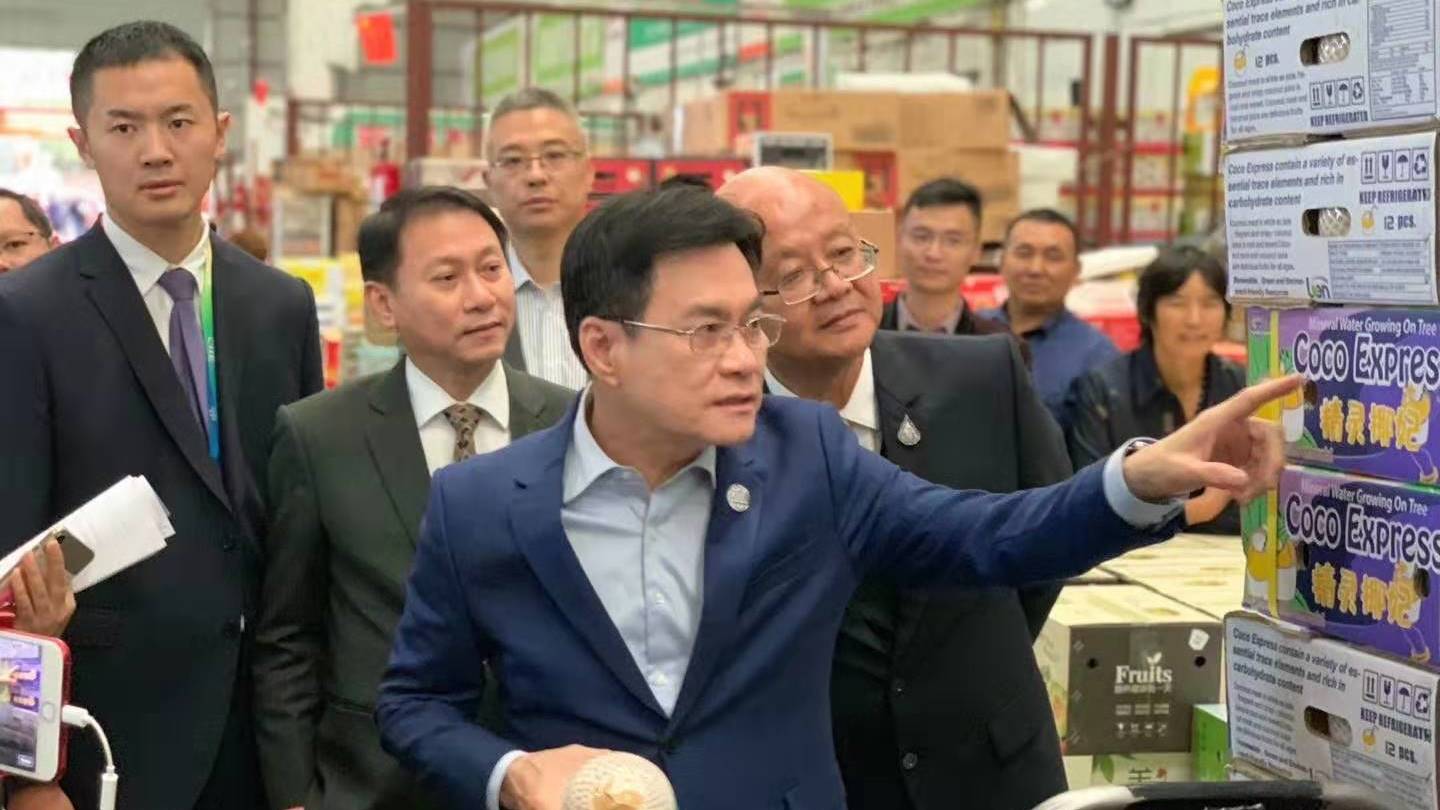 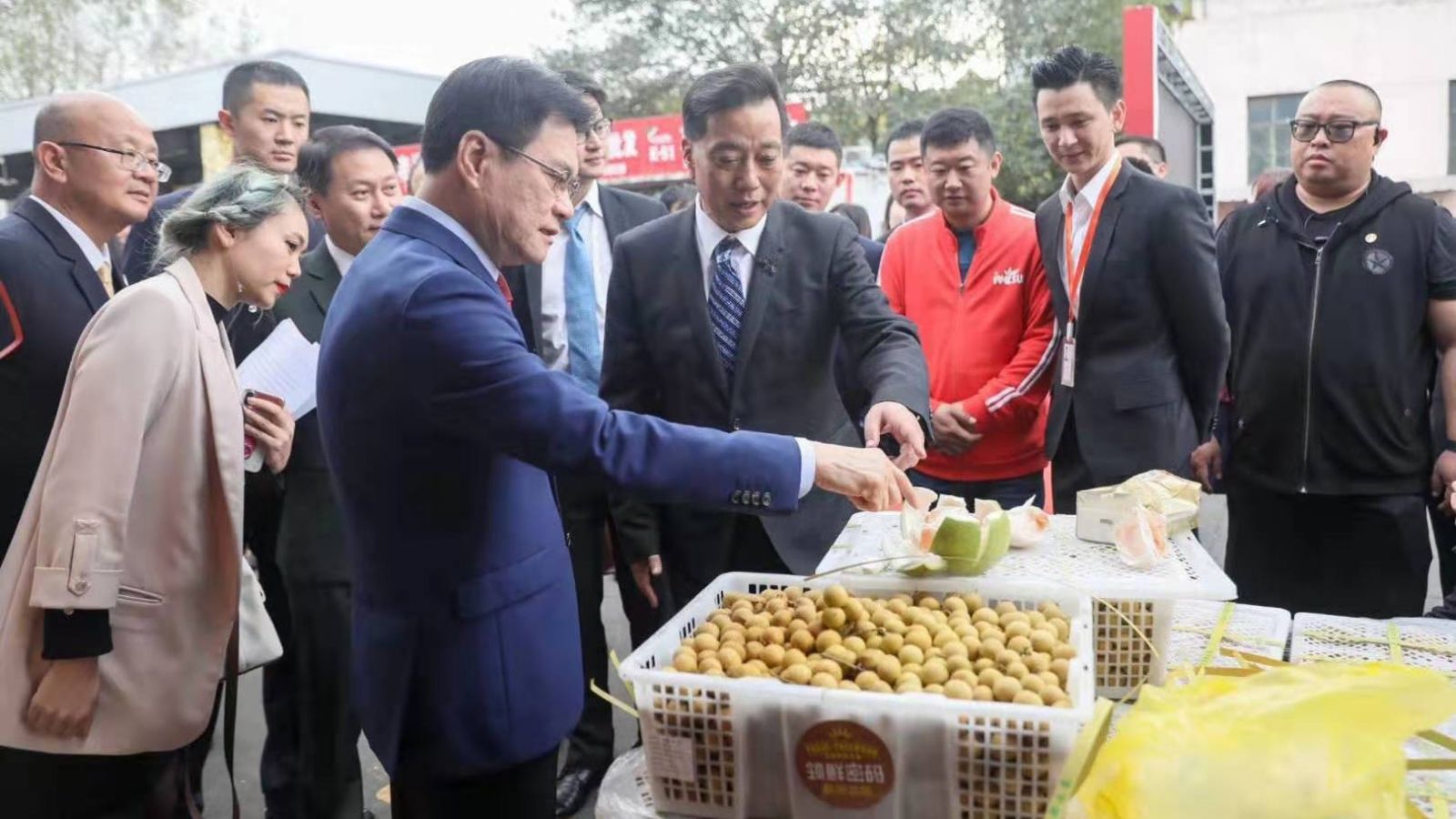 The Longwu Market management team also revealed that they are currently working with the McKinsey & Company consulting firm to plan an upgrade to the long-established Longwu Market. The deputy prime minister expressed his approval of the plan and his hope that the upgrades would prove beneficial for the Sino-Thai fruit trade. He also pledged the support of the Thai Ministry of Commerce and the Royal Thai Consulate-General in Shanghai in further promoting Thai products in China. He conveyed his hope that bilateral trade ties between Thailand and China can become even stronger in the future, to bring even more high-quality Thai fruit to Chinese consumers. 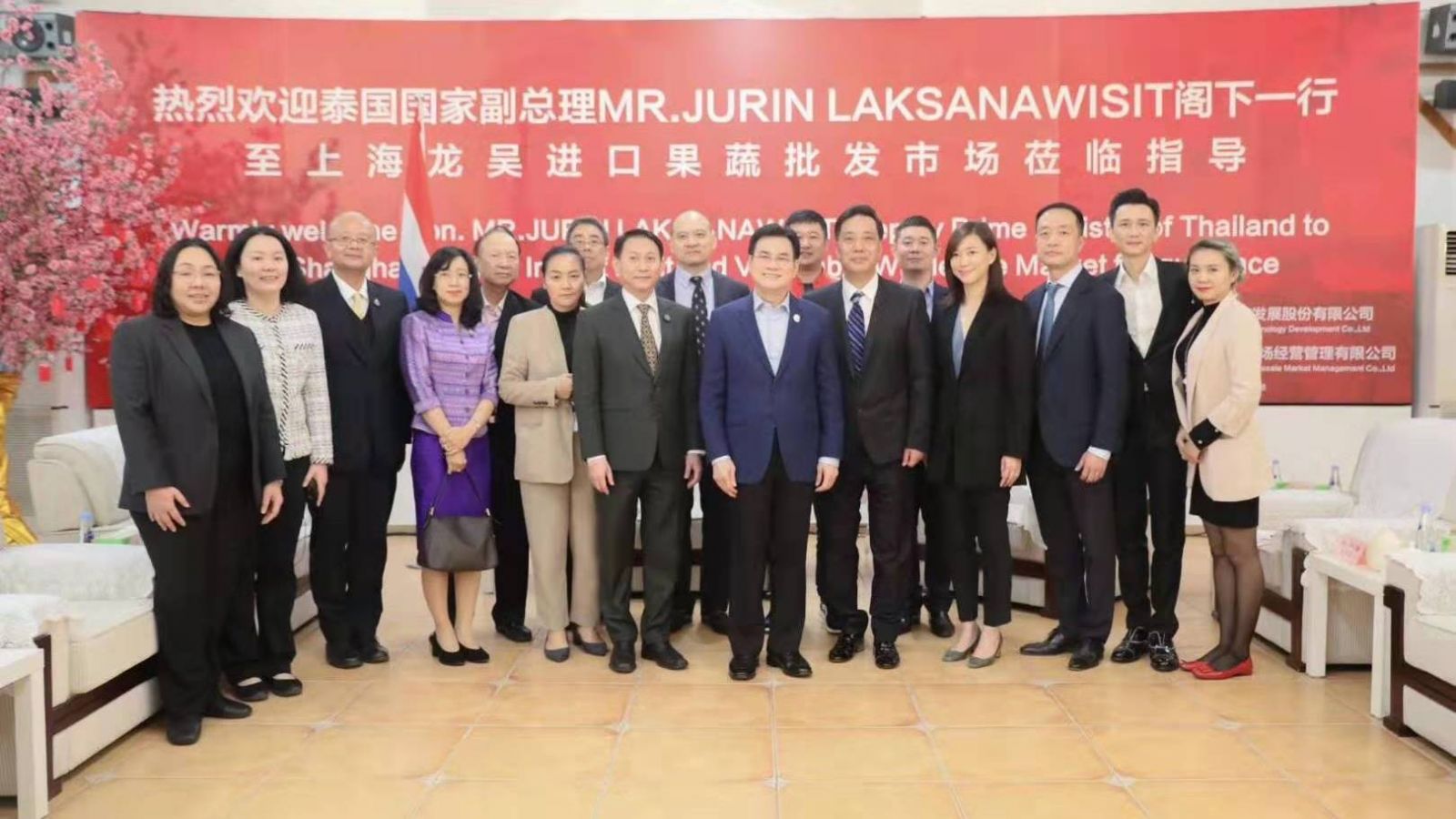