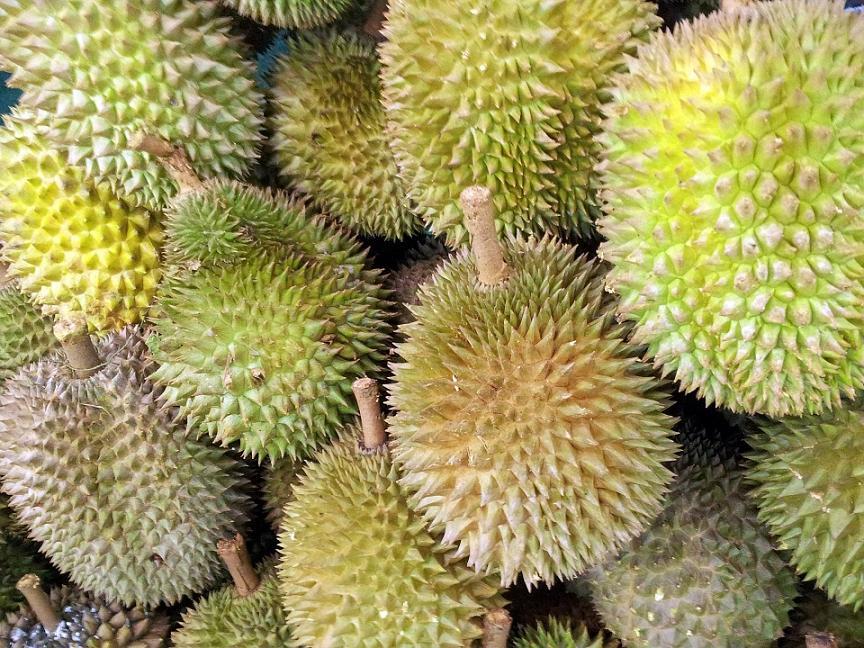 Thailand's durian exports have exploded this year. In April, Thailand exported 120,000 tons of durian, up 135 percent from a year earlier. Export amounts reached USD 220million, up 207 percent from a year earlier.The export to Chinese market is up to 56,000 tons, with an impressive increase of 700 percent.Thai media believe that the growth of durian exports to China has been largely due to the booming e-commerce platform. At the same time, the weakness of the baht has also boosted exports, but companies should be prepared for possible currency fluctuations.

At present, several major mainstream e-commerce platforms in China have implemented durian direct purchasing in Thailand and direct selling in China. In April, Alibaba group signed a series of memorandum of understanding with the Thai government in Bangkok to help small and medium-sized enterprises and farmers in Thailand seek development opportunities through the Alibaba platform.The two sides signed an order of 3 billion Yuan (USD 468.6 million).After landing on Tmall platform on April 17, the sales amounts of durian in Thailand reached 80,000 Yuan (USD 12974) per minute, amounting to 200 tons. On Tmall, 4.5-5kg gold pillow durian sale price is 199 Yuan (USD 31).Durian in Thailand is also sold through the online and offline retail channels of Alibaba group, including Tmall fresh food, box horse and RT-MARTs.

On May 18, Jd.com's Thai super brand day officially kicked off.In preparation for the Thai super food day, Jd.com's fresh buyer team flew to Thailand and signed a purchase order of 6 million durians in three days.On this day, the 2.5-3kg durian in Thailand sold for only 99 Yuan（USD 15.4）. It is reported that in 2017,Jd.com sold 2,500 tons of durian in Thailand. This year, it plans to double the sales volume to 5,000 tons and increase it to 100 times in five years.

On May 10, Suning launched a durian workshop. From May 10 to 12, more than 200 tons of high-quality durian from Thailand was sold. More surprisingly, thanks to Suning's own eight large cold-chain warehouses, consumers can place orders in the morning and receive fresh durian at home as soon as afternoon."Suning has contracted the production base of durian in Thailand and its origin is directly harvested to ensure the freshness and quality of each durian," said the person in charge of Suning.

Thai media report that more than 60 percent of durian is exported to other countries every year. China has become Thailand's fastest export destination for durian. At the same time, durian, also sold in China, is largely from Thailand.At present, almost all Thai domestic high-quality durians such as A, Bare almost all used for export, while domestic consumers can only buy C durians.

In February, the Thai government approved a strategic fruit development plan aimed at making Thailand a major tropical fruit trading nation and approved a project to build a fruit corridor in the eastern region.The government has decided to start with durian, coconut and mangosteen, and China is one of its main target markets.Thailand's commerce minister says the country needs to build its own brand, develop its own fruit production and processing industry, promote international recognition of quality standards and raise the price of premium fruit by 10-20percent.Therefore, in order to ensure the quality of durian, the Thai government has equipped durian with a QR code to track its growth and sales, which can cover about 30 percent of the production this year and will reach 100 percent in the future.