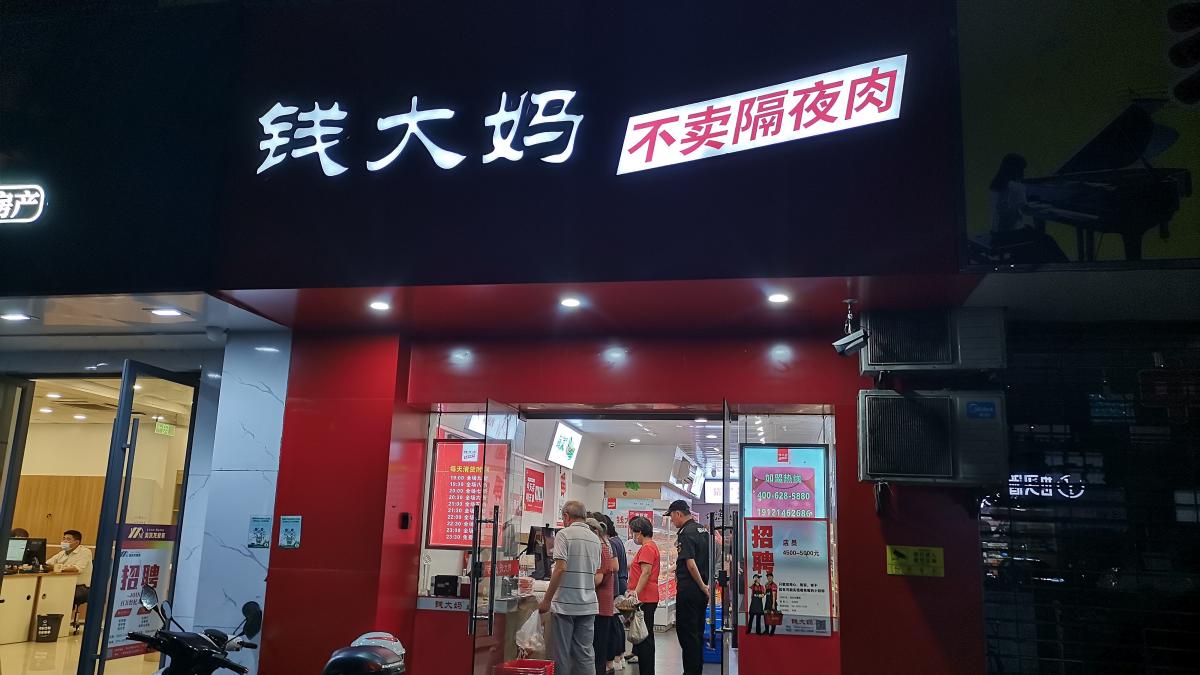 The China Chain Store & Franchise Association (中国连锁经营协会) recently announced its annual ranking of China’s top 100 chain stores for 2020 based on combined offline and online sales figures. At the top of the list was Suning.com (苏宁易购), major electronics retailer and owner of Italian football club Inter Milan. Suning has been the largest retail chain operator in China since 2015, with its annual sales in 2020 reaching 416.32 billion Chinese yuan ($64.5 billion). GOME Retail Holdings (国美零售) secured the second place as it did in 2019, with a sales revenue in 2020 of 140.75 billion yuan ($21.8 billion).

Yonghui Superstores (永辉超市) continued its upward trend in 2020, overtaking Sun Art Retail Group (高鑫零售) and China Resources Vanguard (华润万家) to claim the fourth place. However, the number of Yonghui’s retail stores decreased by 18.6%, registering the biggest drop among the top 10 companies. The ranking of Walmart China remained unchanged from the previous year, with the company occupying the seventh place among the 100 chains.

Wumart Group (物美科技), the Beijing-based omnichannel retailer, purchased an 80% stake of the China operations of German wholesaler Metro in April 2020. This acquisition successfully carried Wumart into the top 10 this year, even though the performance of its own stores was barely satisfactory.

The most impressive annual growth was achieved by fresh food retailer Qiandama, whose sales increased by a striking 90% to 13.3 billion yuan ($2.06 billion) in 2020. Founded in April 2012, Qiandama now operates approximately 3,000 stores throughout China, with the majority of them in Guangdong province. The company is well known for its cool slogan of “never selling overnight meat,” offering varying degrees of discounts each day after 7 p.m. in an effort to clear stock. This business model has already proven immensely popular with price-conscious consumers, attracting large numbers of people to visit the company’s brick-and-mortar stores as part of their evening routine. To date, Qiandama has completed five rounds of financing and is very likely to become a listed company in 2021.

Two fruit retail giants, namely, Pagoda (百果园) and Xianfeng (鲜丰水果), were also included in this year’s top 100 list, securing the 44th and 71st places, respectively. Pagoda has been on the list for six consecutive years, with its sales revenue reaching 12 billion yuan ($1.86 billion) in 2020 and its number of retail stores increasing by 10.9% to 4,786. Meanwhile, Xianfeng reported sales of 5.97 billion yuan ($925 million) from its 2,100 stores, the latter corresponding to an increase of 13.5% from the previous year.

It is also worth noting that community group-buying companies entered the top 100 league for the first time in 2020. Xingshengyouxuan (兴盛优选) ranked 97th with a revenue of almost 3 billion yuan ($465 million).

With the increased popularity of online shopping due to the COVID-19 pandemic, many retailers have made substantial investments in home delivery, group buying and livestreaming services. Consequently, online sales have become a predominant driver of business growth for the top 100 companies, with their total online sales in 2020 reaching 560 billion yuan ($86.7 billion), corresponding to a year-on-year increase of 12% and accounting for 23.3% of total sales.

According to the China Chain Store & Franchise Association’s top 100 list, the top 10 retail chains in China in 2020 were as shown in the following table.

Note: The companies ranked second, third and ninth in the list do not sell food products, while the rest do.