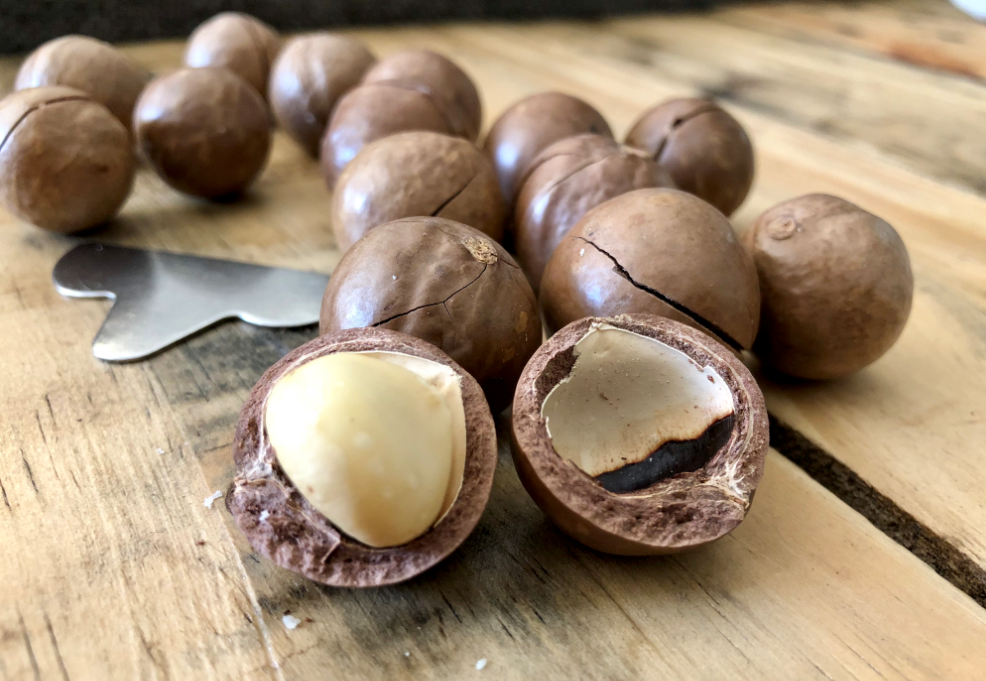 The 2018 South African macadamia crop ended on a positive note with a record crop of 56 550 tonnes of inshell macadamias (measured at 1.5% kernel moisture content). This is approximately 4 000 tonnes higher than the previous estimate that was issued in September. The demand for macadamias remained strong and the kernel market in particular showed great appetite for these high-valued nuts. Approximately 67% of the South African crop was processed to kernel and the remaining 33% exported as inshell.

Mr Jaap van Oenen from Global Trading and Agency, a marketing company based in the Netherlands said the NIS market showed some signs of recovery after a rather dramatic start in 2018, possibly caused by high prices. “After prices returned to more normal levels demand started to pick up again and the signs received from the market place are still positive”, van Oenen said

Table 1. Macadamia Production (MT) in South Africa for the past three seasons per province*

Production figures per province are estimates only on an inshell basis at 1.5% kernel moisture content.

The 2019 season is looking somewhat promising, with many varying factors that make a forecast difficult. The first preliminary forecast for the 2019 season is 58 500 tonnes based on a round of data collection from local processors and exporters (handlers). Growth conditions were until recently not ideal for optimal yields and nut development. Macadamia trees blossomed beautifully during spring, but early summer hot spells in conjunction with little or late rain has resulted in many small nuts dropping before reaching maturity, or in some cases the nuts not developing to the desired extent. Water restrictions lead to many growers not being able to irrigate trees during critical periods. Hail storms have also hit various farms across the production regions, although large-scale damage due to hail hasn’t been reported as yet. It is once again expected that many new trees would come into production for the first time, which would assist to negate the effects of poorer yields from mature trees to some extent.

A long-term forecast model has been developed for SAMAC by Source BI, a benchmarking and agricultural economics company. Due to the high demand many new plantings are established each year. The long-term production forecast is promising with a steep increase in supply expected in the next couple of years (Figure 1). The market has for long been waiting to secure reliable supply of significant volumes of macadamias. Van Oenen, said that they are optimistic about the expected increase in volumes. “Macadamia sales were inhibited in the past due to too low volumes being on offer. Security supply is one of the most heard arguments to not invest in macadamias. The increasing volumes going forward are as such seen as a great opportunity for our industry and obviously a challenge too, but one we are ready for”, van Oenen added. According to the long-term production forecast, assuming the drought will negatively impact the crop outlook by 5% for the next three years, South Africa’s macadamia crop should be at approximately 58 000 tonnes in 2019 (Table 2). This is in-line with the current forecast from handlers in the industry of 58 500 tonnes.

Table 2. South African Macadamia medium-term crop forecast based on the assumption that the industry is experiencing a slight drought.

Van Oenen added that there is work to be done to get our markets ready for the future. A good initiative is the Global Macadamia Council and he would like to see a mutual interest regardless of the origin. “We strongly believe working together and getting generic marketing going will be the key to market this strongly increasing volume without losing the premium appearance we have”, van Oenen said. Macadamias currently make up a small portion (less than 2%) of global tree nut supply.