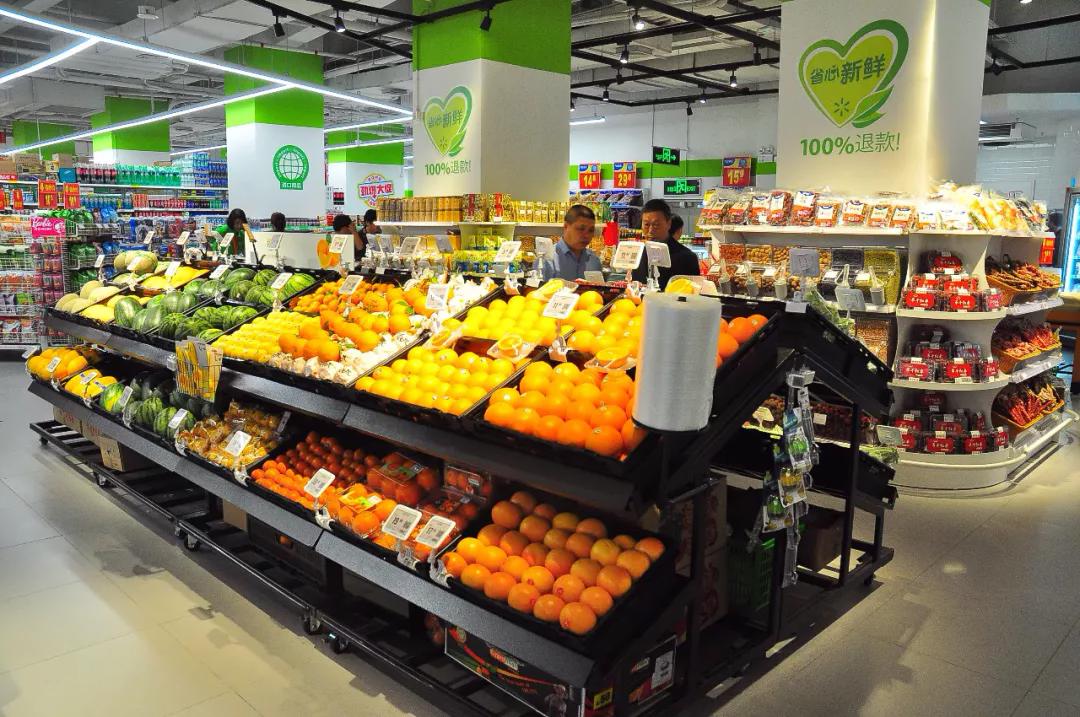 Walmart will differentiate the new chain from its more than 400 existing China hypermarkets by a new sub-brand, Walmart “Huixuan” (惠选). The name roughly translates as Walmart “select”, though Walmart China did not specify an official English name in Monday’s Chinese-language announcement of the store opening.

According to the announcement, the new store in Shenzhen is 1,200sqm, less than a tenth of the 15,000sqm average size of a Walmart hypermarket in China, and is optimized for speed, convenience and delivery to nearby homes. It will carry roughly 8,000 SKUs, of which more than 7,000 will be available for online ordering and delivery in less than 30 minutes to customers within a 2km radius. Ordering and delivery is being handled by JD Daojia, the food ordering and delivery service run by Chinese ecommerce giant JD. Walmart owns a significant passive investment in JD.

Walmart Huixuan stores feature an app-based shopping system that will allow customers to bypass checkout by scanning items with their phones as they add them to their shopping carts or baskets, and then paying via their phones. According to Walmart, during previous trial runs of this ‘scan and go’ payment system in a portion of its Shenzhen hypermarkets, 30% of customers tried the system, 95% of whom said they would use it again in the future.

Unlike the layout of Walmart and other Chinese hypermarkets, which typically enter into a housewares and appliances section, and then funnel customers through as many sections of the store as possible, Walmart says that its Huixuan supermarkets place in the front half of the store all the ingredients the average customer needs to prepare dinner. More than 750 fresh goods SKUs, including fresh vegetables and fruit, are among the items being placed in the front half of the store in an attempt to boost the speed and convenience of the shopping experience and position Huixuan as a daily shopping destination.

Walmart reported that on the opening day of the first Walmart Huixuan more than 50% of revenue came from a combination of home delivery orders and customers opting for the ‘scan and go’ payment method.

Walmart plans to open an additional five Huixuan supermarkets by the end of the year, spread across the Pearl River Delta cities of Shenzhen, Guangzhou and Dongguan.

Walmart Huixuan will be competing across China against new chains like Hema from Alibaba and 7Fresh from JD, as well as the YH and Super Species  concepts from Tencent-backed retailer Yonghui. All of these supermarket concepts vary somewhat in size and inclusion of features such as cooked food. But they all also share key characteristics: small size, an emphasis on fresh goods, free home delivery, and a lot of internet technology integrated into the store and shopping experience.

These competing retailers hope that they can use the huge amounts of data they can collect from online delivery orders and other electronic interactions between customer and retailer to make better stocking decisions and lure more customers away from traditional wet markets and fruit stalls.

As noted by Reuters, Walmart has previously experimented with and then abandoned smaller format outlets in the US market. Only time will tell if Huixuan will prevail in a crowded and aggressive market.