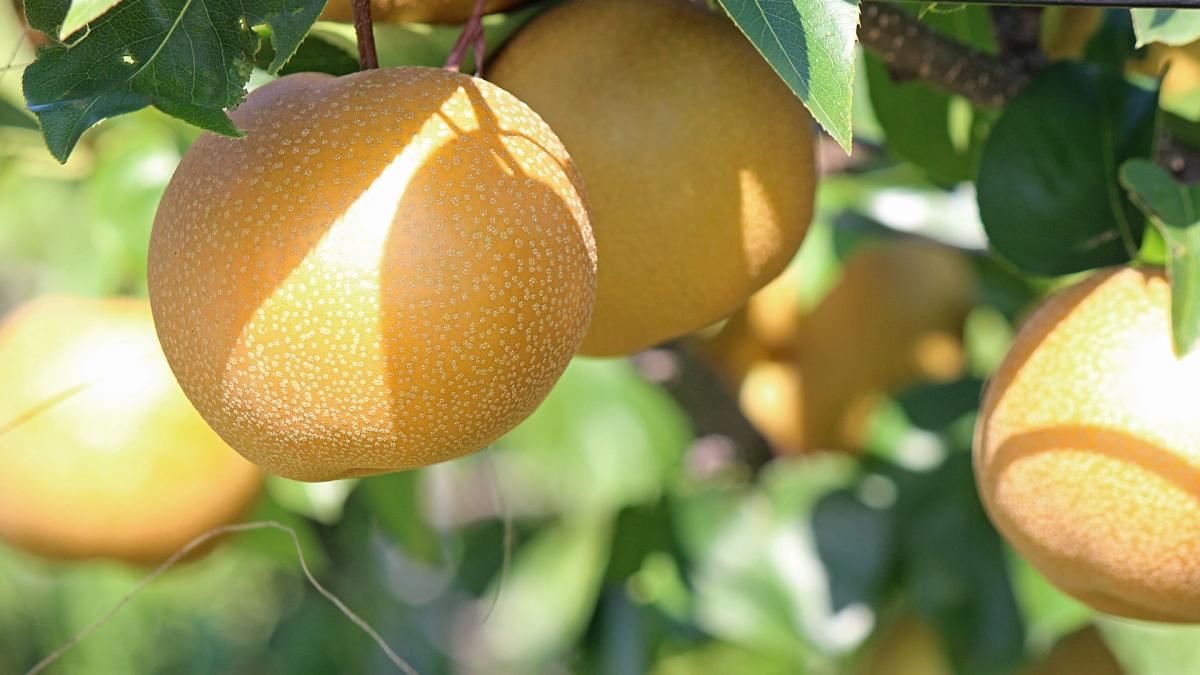 As the harvest draws to a close, it appears to have been a successful season for Hebei Crown pears — one of China’s key fruit crops. This season was marked by generally high-quality fruit and a lower harvest volume resulting from a reduced planting area. These factors pushed prices to substantially higher levels than last year, outperforming industry expectations.

China is the world’s largest producer of pears and the large majority of its output is of Asian pears, of which Crown (“huangguan” in Chinese) is a widely planted variety. Hebei is the largest pear producer among China’s provinces. Hebei Crown pears are thus a benchmark product in China’s fresh fruit industry. In addition to supplying a large domestic market, Hebei Crown pears and other similar varieties are also increasingly being exported to neighboring countries in Southeast Asia, as well as to Russia and even as far away as Chile.

As the season opened in July, procurement prices for sorted Hebei Crown pears were running at 5–6.2 Chinese yuan ($0.72–0.90) per kilogram, compared with 2.6–2.8 yuan ($0.38–0.41) per kilogram at the same time last year. During the remainder of the peak season in July and August, prices fluctuated from 4 to 5.2 yuan ($0.58–0.75) per kilogram depending on market demand, harvest volumes, fruit quality and cold storage inventory levels. As the season was beginning to taper off at the end of August and supply became tighter, prices were up to approximately 9.2 yuan ($1.33) per kilogram.

At some points in the Hebei Crown pear season, prices were impacted by scabbing brought on by heavy rains and cool weather. Overall, however, fruit quality was strong, with growers producing a high rate of large, unblemished pears and a lower rate of seconds. Aside from some cool and rainy periods, the weather was generally cooperative in the key growing areas. There was a low incidence of hail and other extreme weather events, while daytime and nighttime temperatures were conducive to the development of high-quality fruit.

In addition to the good fruit quality, this season’s relatively low harvest volume also contributed to the comparatively high prices. In past seasons, low volumes of Hebei Crown pears have typically been attributable to weather events such as cold fronts or hailstorms. But not so this season. This time around, the lower volumes appear to be the result of more farmers deciding to raze their orchards of Hebei Crown pears after years of disappointing prices and replant with more profitable fruit trees or other crops.