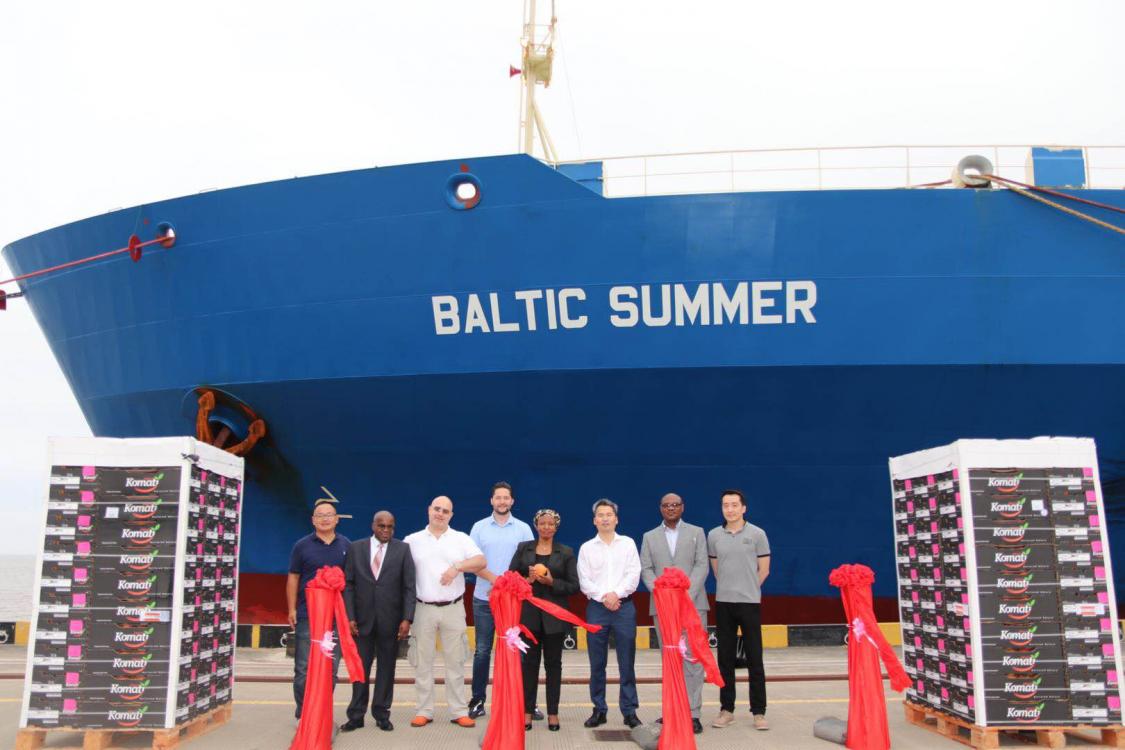 On June 10, 2019, South Africa’s first-ever citrus reefer vessel destined to China, the Baltic Summer, docked at Shanghai’s Nanhui Port. Governmental officials, industry insiders, and media representatives from both China and South Africa were present at the port to witness this historic moment.

The vessel set out from Durban in early May and made a stopover in Japan before it finally reached China. It was reported that there were 5,200 pallets of grapefruit on the ship, of which 4,600 pallets were intended for Japan and the remaining 600 pallets reserved for China.

Ms. Mpho Anna Hlahla, Consul-General of the South African Consulate-General in Shanghai, noted that, “It is a great pleasure to be part of the momentous occasion of welcoming the first bulk reefer shipment of South African citrus into China. This is the culmination of lengthy negotiations between South African and Chinese authorities and is an occasion to be celebrated.” She also echoed South African president Cyril Ramaphosa, who underlined during his state of the nation address in February 2019 that agricultural exports were an important source of revenue for South Africa and developing the agricultural sector was key to enhancing the country’s food security and attracting investment. South Africa’s citrus industry is already benefiting from this enhanced focus on the agricultural sector – it is anticipated that the South African citrus industry will grow by 25% over the next three to five years.

Shanghai Oheng Import & Export Co., Ltd. was responsible for the customs declaration and cold-chain logistics for this shipment. Kurt Huang, General Manager at Shanghai Oheng Import & Export, was optimistic that reefer vessels would become a mainstream mode of transportation and change the way South African citrus arrives in China. He told Produce Report in a previous interview that one of the greatest strengths of the reefer vessel lies in the fact that it allows for much better control of temperature and humidity conditions, as onboard technicians are able to monitor the fruit in transit and avoid chilling injury in the produce.

As to the prospect of grapefruit exports to China, a senior fruit industry insider shared his insights with Produce Report. As a fruit known for its versatile use and a wide variety of health benefits, grapefruits’ primary sales channels include restaurants, milk tea chain stores, and fruit shops across China. Major global grapefruit suppliers such as South Africa, Egypt, and Israel, have also begun to turn their focus to the lucrative China market. According to the insider, if reefer vessels lead to better fruit quality upon arrival, this mode of shipment will be rolled out to grapefruit exports very soon. 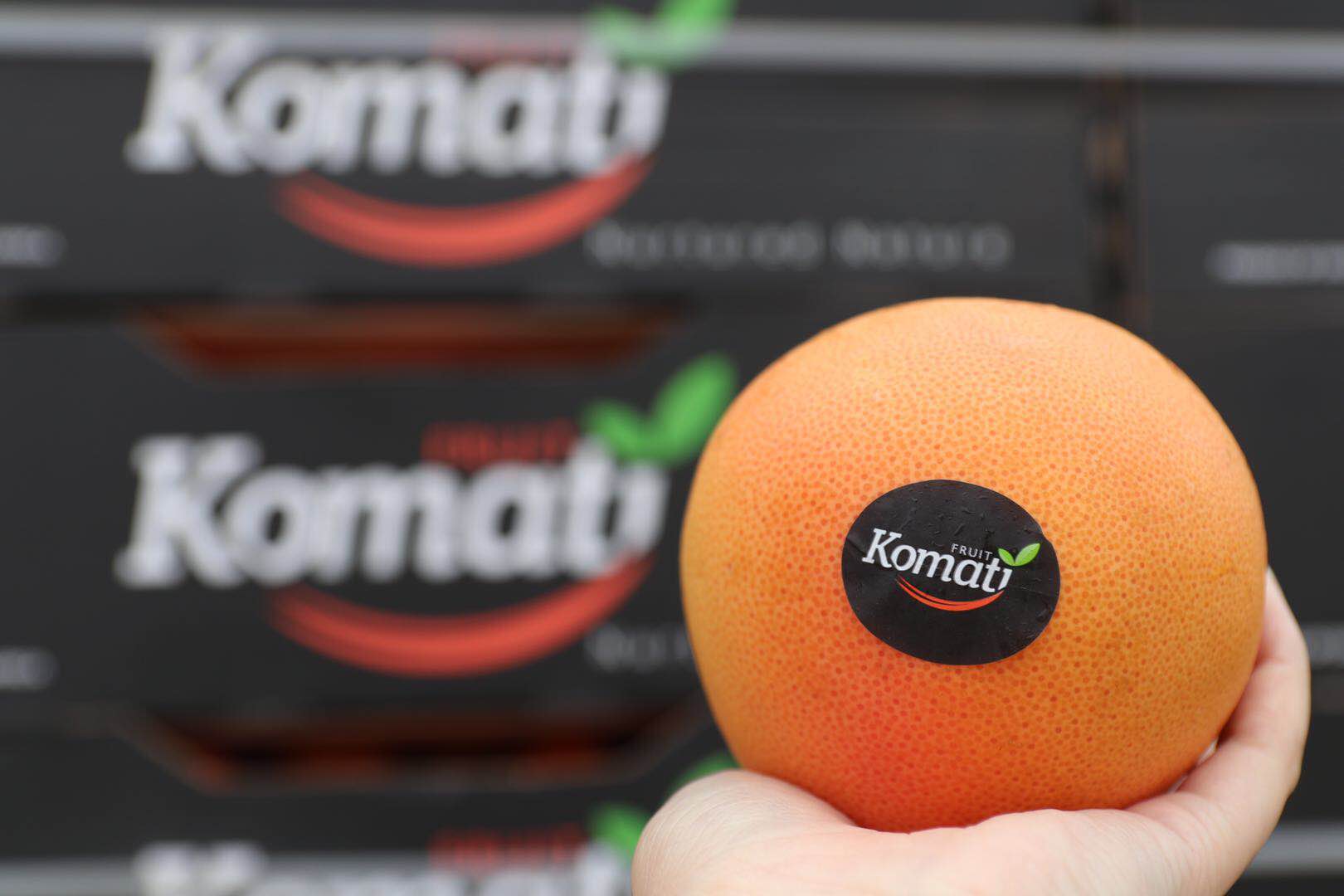 Pieter De Waart, general manager of Origin Direct Asia (ODA), the importer for this shipment, was also at the port to welcome the vessel’s arrival. He revealed to Produce Report that the Baltic Summer is just the first of six reefer vessels scheduled to arrive in China this season. It is expected that one shipment will arrive in port in China every two to three weeks. The second vessel, carrying grapefruits, oranges, and mandarins, has already departed from South Africa and is expected to reach Shanghai in late June. According to Mr. De Waart, if everything goes as planned, lemons, a fruit particularly sensitive to low temperatures, are very likely to be shipped to China on the third vessel. Following the on-site interview, Mr. De Waart contacted Produce Report to confirm that so far, there have not been any signs of chilling injury to the grapefruit on the first shipment. 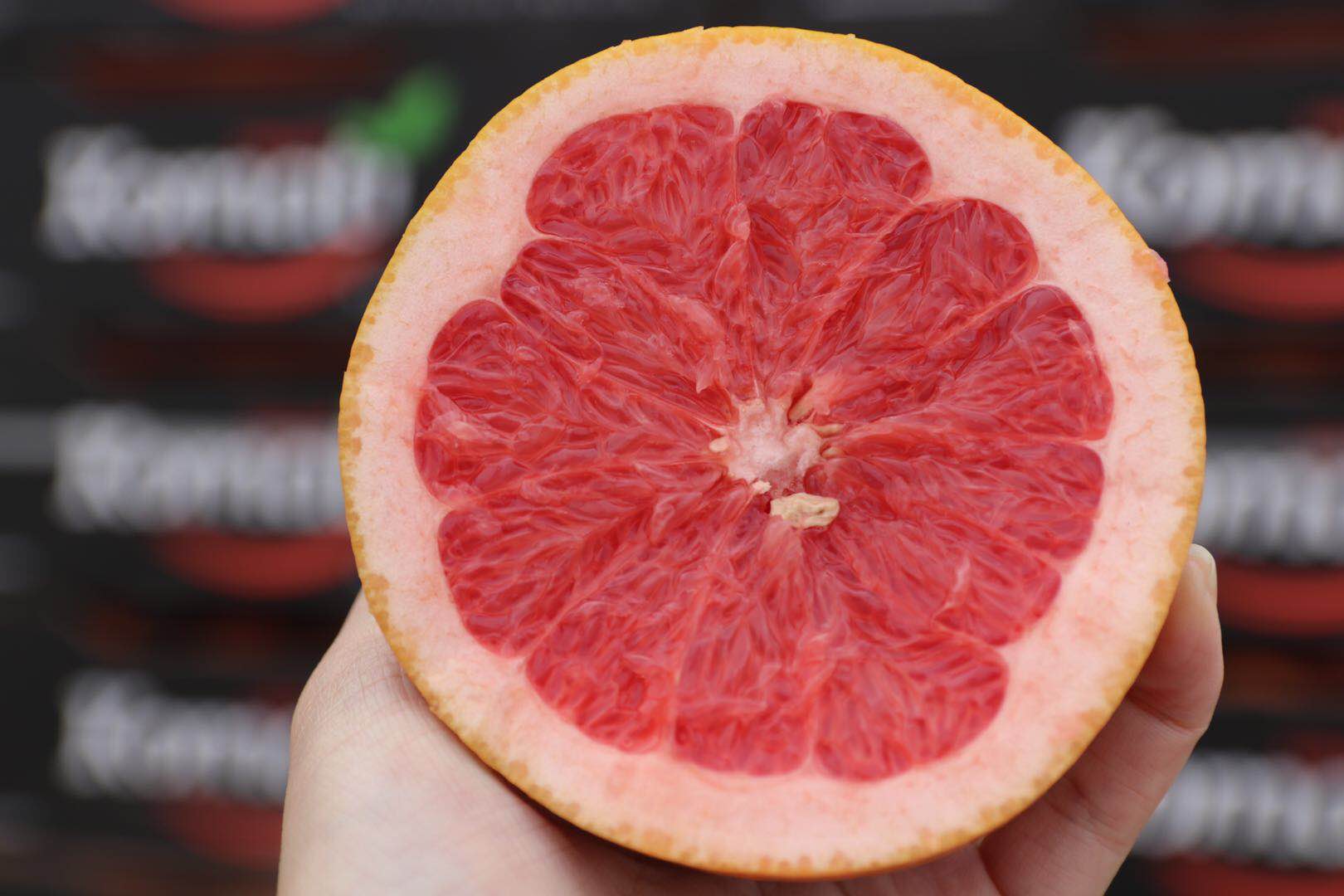 Shanghai Nanhui Port was the first port inside a free trade zone in China to be approved for the import of fresh fruit. In recent years, the port has accumulated much experience in dealing with a wide range and variety of fresh fruit shipments from around the world, including Zespri kiwifruit charter reefer vessels sent from New Zealand for the last four years.