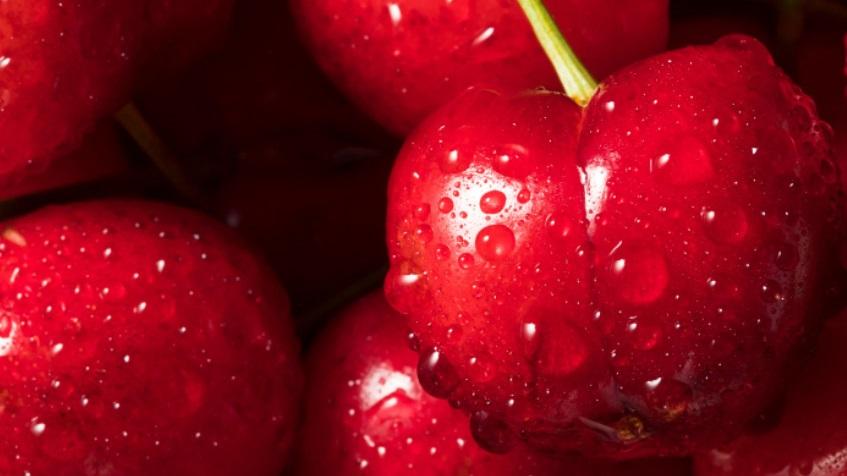 On the morning of Jan. 25, the Chilean Cherry Committee of the Chilean Fruit Exporters Association (ASOEX) held a special online seminar for Produce Report readers — the second such seminar of the 2021/22 Chilean cherry season. The seminar focused on the nutritional value of fresh cherries and fruit safety during the global COVID-19 pandemic. The speaker was Dr. Liu Yiqun, an associate researcher at the Institute of Nutrition and Health of the Chinese Center for Disease Control and Prevention.

Although consumers in China acclaim cherries for their lucky red color, delicious sweet and tangy taste, and availability during the Chinese New Year holiday, they are not as familiar with the fruit’s nutritional properties. “Cherries contain only 46 calories per 100 grams, and the sugar content is less than 10%,” explained Liu during the seminar. “It is a low-sugar fruit, which makes it more suitable than other fruits for people with diabetes, pregnant women and other groups who need to control sugar intake.”

“Fresh cherries also have a high carotene content, delivering 210 milligrams for every 100 grams of fruit, which places cherries among the top ten fruits for carotene supplementation,” said Liu. “Furthermore, 100 grams of cherries contains 230–250 milligrams of potassium. The population in China often consumes too much sodium in the form of salt, but insufficient potassium.” Liu further suggested that people eat fresh cherries after exercise in order to replenish potassium lost through perspiration.

Liu cautioned against consumers substituting fresh fruit with fruit juice: “When directly eating fresh cherries, you’re taking in a lot of soluble dietary fiber and vitamins.” Consuming cherries by chewing rather than as a juice avoids introducing too much sugar to the body too quickly and helps keep blood sugar levels stable, added Liu.

With COVID-19 still circulating widely in many parts of the world, some consumers in China have hesitated to purchase imported fruit. In this regard, Liu said that “at present, there are no cases of infection through eating fruit, so the risk is extremely low. Pay attention to hand washing, and rinse the fruit with water, warm water or a fresh produce cleaning product before eating.” 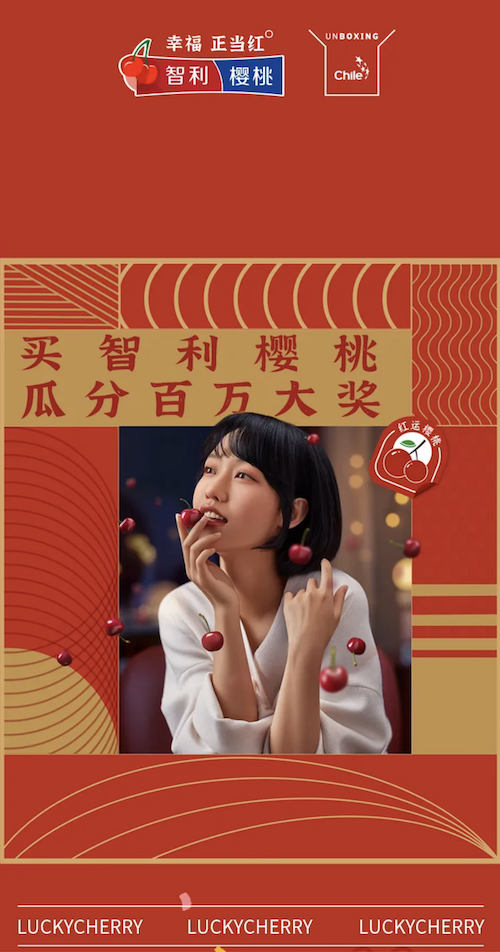 In order to further ease the minds of consumers, the Chilean Cherry Committee has also launched safety-themed video advertisements on platforms such as iQiyi, Sohu, NetEase and TikTok.

In other cherry promotion news, the Cherries from Chile Million Super Lucky Draw event, which the Chilean Cherry Committee launched in mid-January, has attracted participation from tens of thousands of consumers. So far, 347 offline retailers have joined in the promotion, exceeding last year’s total. Online platforms such as JD.com, Pinduoduo, Ele.me, Meituan, TikTok, Miss Fresh, Taoxianda, Hema and others have also vigorously promoted the lucky draw. More than 40,000 consumers have registered in the draw after purchasing cherries through Meituan alone, hoping to be the ones who hit the “lucky fruit” jackpot.