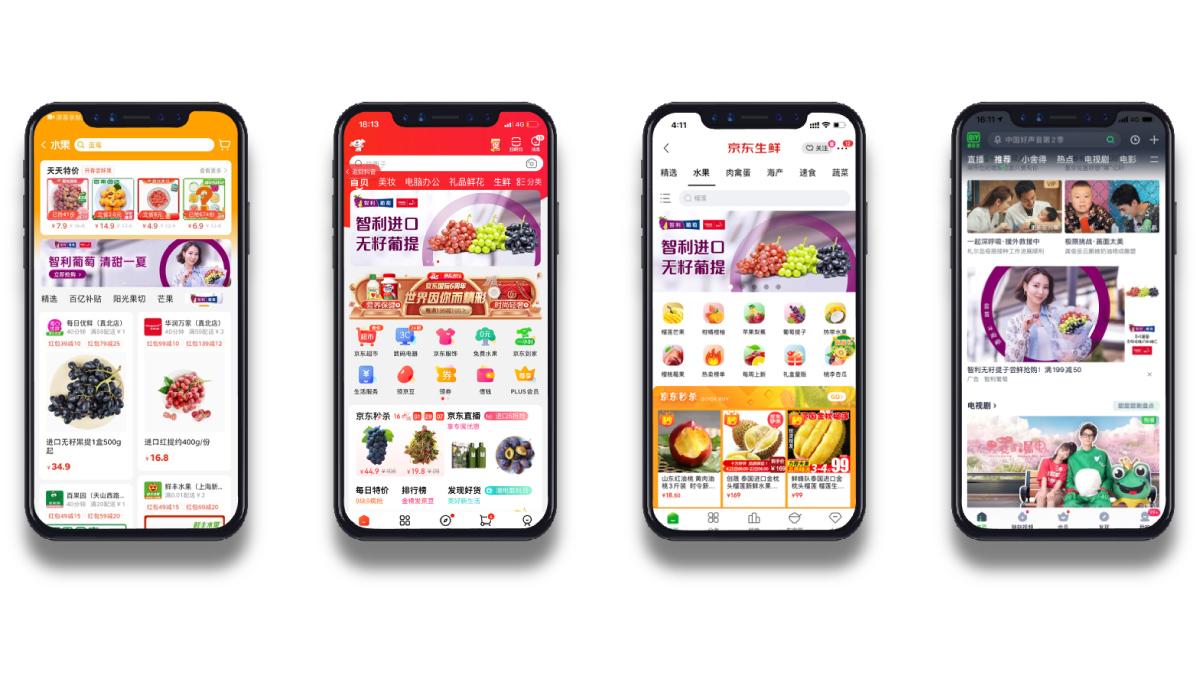 The Chilean Table Grape Committee of the Chilean Fruit Exporters Association (ASOEX) during the month of April successfully staged an omnichannel promotional campaign in China, including digital advertising, social media and e-commerce activities, with the goal of bolstering the consumption of Chilean table grapes and further enhancing the “Grapes from Chile” brand.

As with a wide range of other fruit products, Chile is a leading supplier of imported table grapes to the China market. According to data from ASOEX, Chile exported 111,487 tons of table grapes to China during the 2019/20 season. The two leading grape varieties exported to China were Red Globe and Crimson Seedless, with total volumes of 63,168 and 23,560 tons, respectively.

Chilean growers have been planting more new varieties in recent years, the production of which is increasingly starting to come online and find its way to the China market, which is highly demanding in terms of both quality and the need for product differentiation. Other varieties of grapes with over 1,000 tons of exports from Chile to China last season included Autumn Royal, Sweet Favors, Thompson Seedless, Crimson, Sweet Jubilee, Allison, Sweet Sapphire and Sugrasixteen.

According to trade statistics from China Customs via the UN Comtrade database, for the 2020 calendar year, Chile was China’s top supplier of imported table grapes with a total import value in excess of $260 million. In terms of volume, imports of Chilean table grapes to China during 2020 were 68% higher than for the number two country, Australia. In fact, Chilean grapes accounted for approximately 44% of China’s total fresh grape imports in 2020.

It is perhaps no coincidence that Chile’s success as a supplier of fresh fruit to China over the years has been accompanied by consistent investment in generic promotional campaigns. Grapes are one of the most widely approved products for import into China with at least 13 countries and regions cleared as suppliers by China’s General Administration of Customs, so it is crucial for the various exporting countries to differentiate their products in the Chinese marketplace.

This year, in order to stand out in this crowded field of domestic and international suppliers, the Chilean Table Grape Committee elected to focus on grapes as a beauty-promoting product. Banner ads ran on e-commerce channels including JD.com, food delivery service Ele.me, the online sales channels of national fruit store chain Pagoda, and the iQiyi streaming video service. 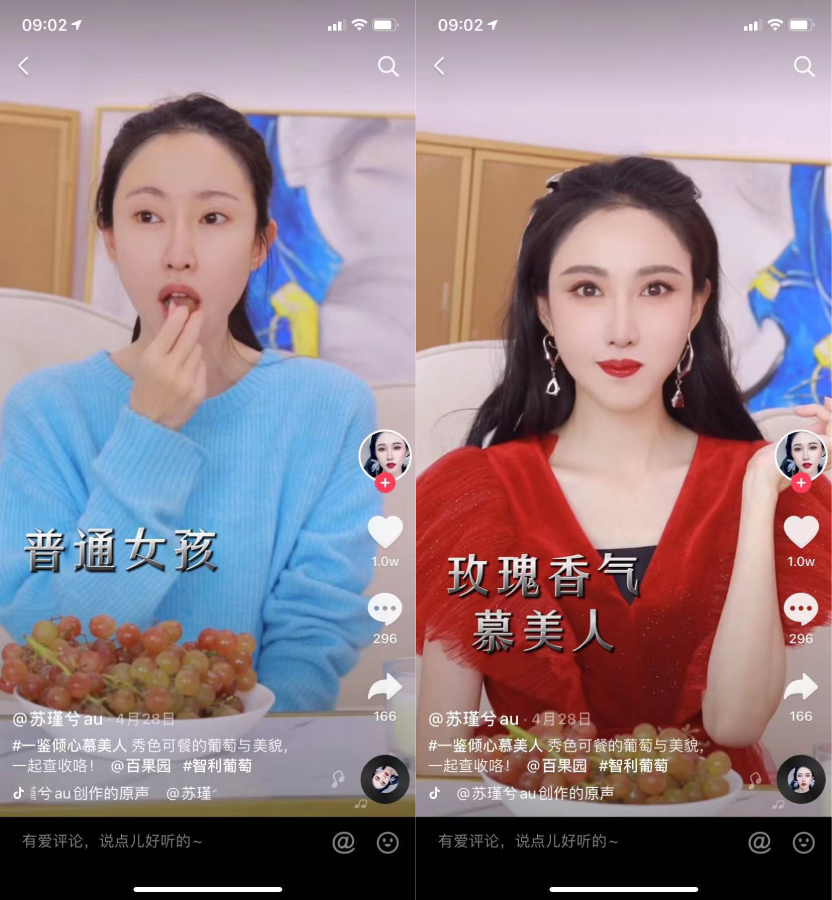 Pagoda added another layer of creativity and interactivity to the promotion by running a contest on TikTok that featured influencers competing to show their Cinderella-like transformations from everyday to extra beautiful after eating Chilean grapes, echoing the campaign theme of the product’s beauty-supporting properties.

It is expected that Chile will continue to have a leading presence in the China market in future seasons, with increasing volumes of newer varieties becoming available, high quality at a good price and the Chilean Table Grape Committee’s active promotional support both online and offline.