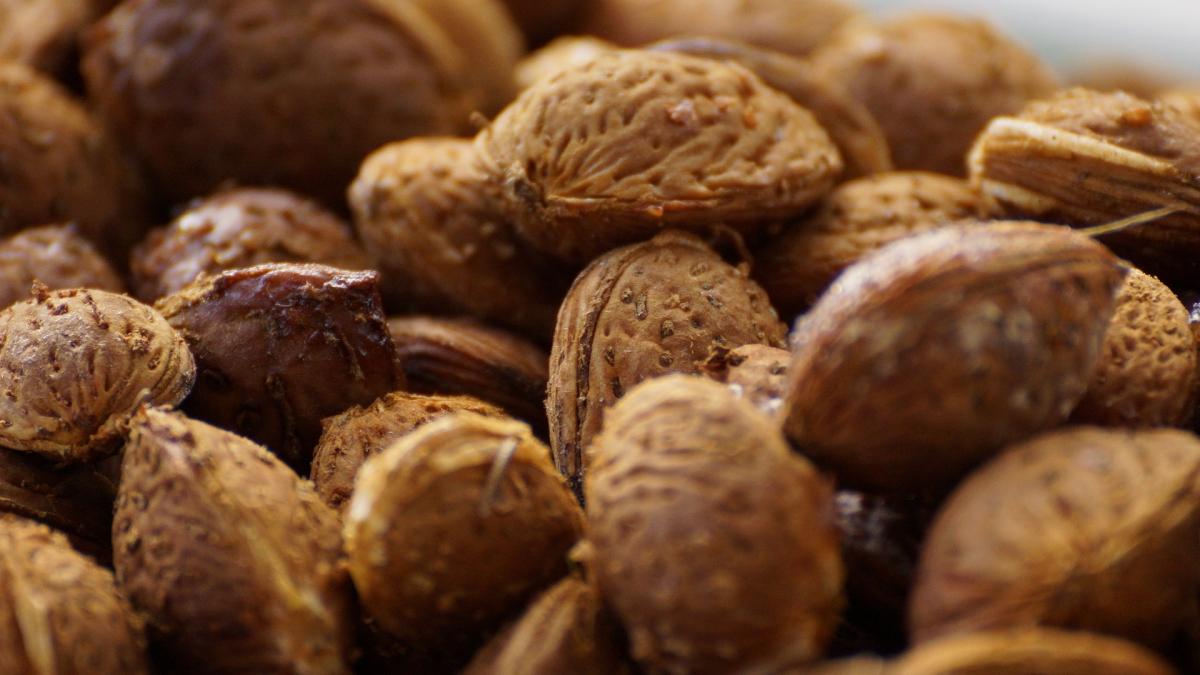 Almond trees are relatively tall, with many of their fruits growing in the top branches. Despite the vast almond planting area in Yarkant County, local almond farmers continue to use traditional harvesting methods, in which workers beat the branches with wooden sticks to shake down ripe fruits then collect the fallen fruits from the ground. However, the county is currently working to refine an integrated model for procuring, drying, processing and selling almonds by building an industrial park. At present, dried almonds in Yarkant County are priced at around 20 Chinese yuan per jin ($6.21 per kilogram), which is not particularly expensive compared with other nuts. It is only after the almonds are shipped off to market that their price jumps.

Yarkant County has a relatively low almond planting density, with a yield of 3,000–3,750 kilograms per hectare. Moreover, the almond trees are only harvested after the fruits fully ripen and split open naturally, so exclusively growing almond trees is less than ideal. It is estimated that 1.77 million tons of almonds (in-shell basis) will be produced globally in 2021, and the United States is by far the largest producer. As domestically produced almonds are unable to meet the demands of the Chinese market, 95% of the country’s almond supply is imported. The use of almond products is rising fast in China’s food and beverage market, especially the snack, baked goods and dairy sectors. In recent years, the number of almond products launched on the Chinese market has grown significantly, with a compound annual growth rate reaching 8.3%, considerably higher than the global growth rate of 6.4%.

Almonds are a rare sunrise industry in the Chinese market. At the same time, however, considering China’s low domestic yield, the country’s almond sector is still in its infancy. Nonetheless, Henan province has reportedly begun planting almond trees, breaking historical precedent suggesting that they were unsuitable for planting further inland. A survey of a 700 mu (47 hectares) sample of completed orchards in the Fugang Almond Planting Base in Henan province found that 50 almond trees could be planted per mu (750 trees per hectare). 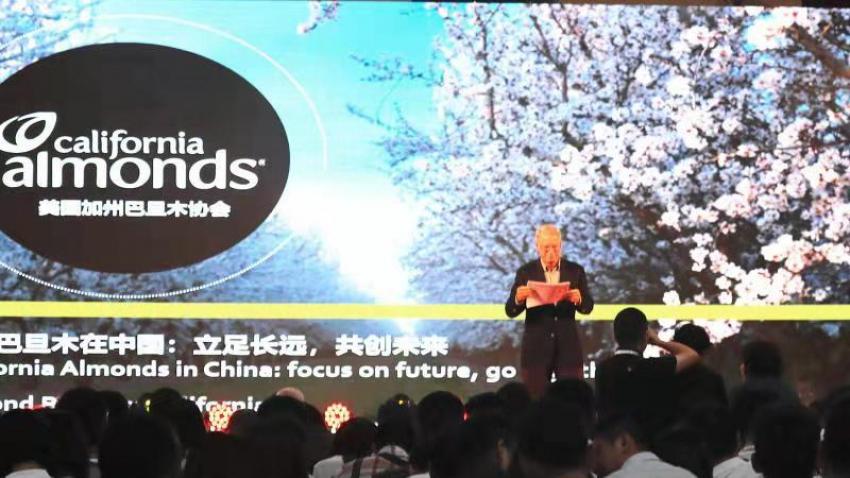