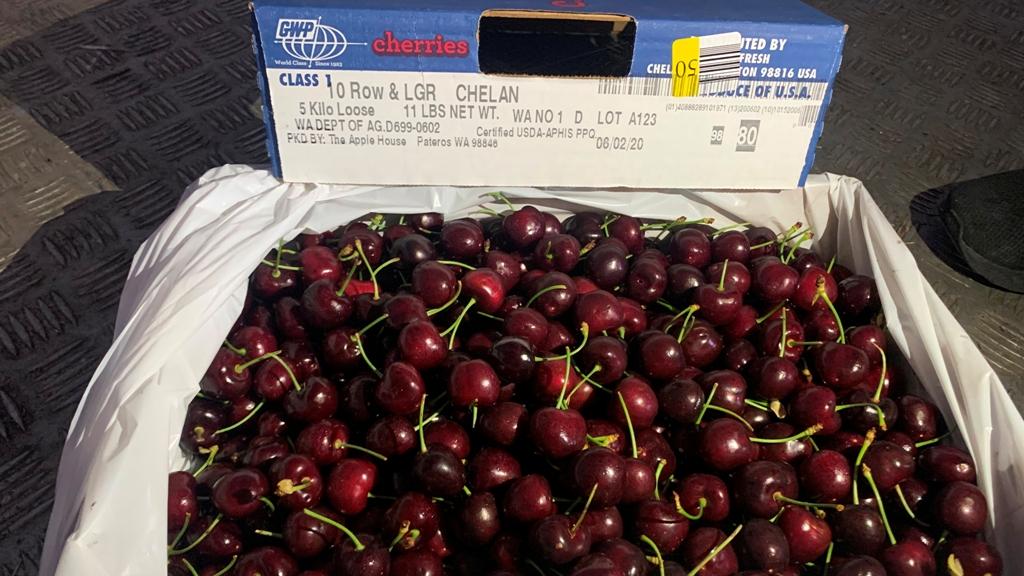 In early May, the importer Frutacloud brought this year’s first shipment of Californian cherries to China. One month later, on June 5, shortly after the start of the picking season for Northwest cherries, a plane carrying 120 cartons of the Chelan variety landed in Shanghai. The arrival of this shipment marks the Chinese debut of Northwest cherries for the 2020 season, and the importer responsible was once again Frutacloud.

Owing to their relatively small export volume and brief harvest period, Californian cherries are heavily dependent on passenger planes for export to China. The worldwide lockdown due to the ongoing COVID-19 epidemic has severely reduced the number of civilian flights between the U.S. and China. However, the situation is different for Northwest cherries, which have a much larger export volume that justifies the use of dedicated cargo planes in addition to passenger planes. Consequently, transportation is not expected to be a major concern for Northwest cherry exports.

Frutacloud has established a long-term cooperative partnership with Chelan Fresh, the largest exporter of Northwest cherries, which has scheduled charter flights to facilitate exports to China in 2020. If everything goes as planned, these planes will take off from Washington State’s Grant County International Airport and make non-stop flights to China.

According to the latest forecast released by Northwest Cherry Growers, the production volume of Northwest cherries is expected to be approximately 205,032 tons in 2020, corresponding to a 20% year-on-year decrease and the lowest volume in the past five years. Spring frosts have led to varying degrees of crop failure in certain growing regions, with the Yakima Valley being the hardest hit.

Yakima Valley is a key production area for early-season cherries. This season’s smaller crop means that the supply volume this June will be much lower than normal. Moreover, U.S. domestic consumers are always keen to get their hands on Northwest cherries at the start of the season. These factors are expected to severely limit the volume available for export to the Chinese market in June. However, from July the harvest should go into full swing, while domestic demand is expected to subside following the country’s Independence Day celebrations on July 4, which should lead to exports of Northwest cherries picking up.

It is also worth noting that this season is expected to be the longest of the past fifteen years. As a result, the availability of Washington cherries in China, which typically diminishes in late July or early August, is expected to last until mid-August this year.

Although the trade relationship between China and the U.S. has been strained recently, the good news is that Chinese authorities reduced the tariff on U.S. cherries from 55% to 25% in March, paving the way to a resurgence in exports.