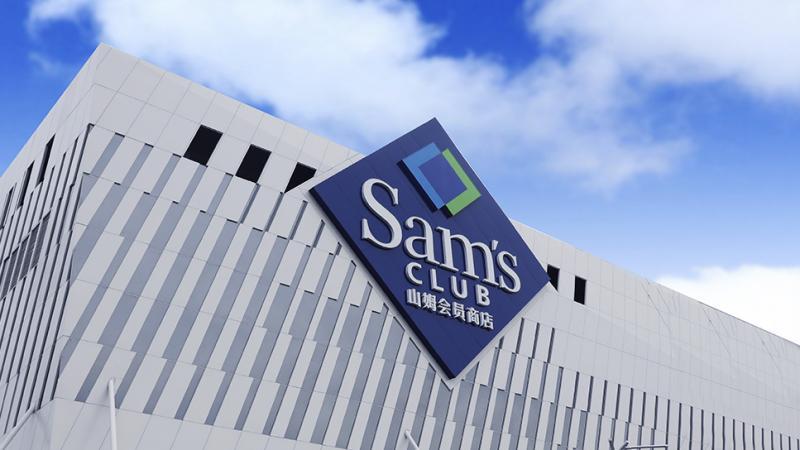 According to Walmart China, Sam’s Club now has more than 4 million subscribed members in China.

Sam’s Club currently operates 36 stores in 23 Chinese cities and is able to reach most of the country through its e-commerce platform. In September 2021, the Sam’s Club mobile app launched a nationwide delivery service, allowing consumers even in cities without Sam’s Club stores to become members. During the recently concluded Nov. 11 sales period (similar to Black Friday sales in the West), Sam’s Club China’s e-commerce sales were three times higher than for the same period last year. Meanwhile, Walmart’s global third-quarter earnings report revealed that Sam’s Club China had achieved double-digit growth in both sales and membership figures for the quarter.

Over 30% of new members in 2021 were 30 years old or under, indicating a trend toward younger members. As of October 2021, Sam’s Club had twice as many premium memberships as the same period last year. Sam’s Club expects to have between 40 and 45 stores either open or under construction by the end of 2022.

In recent years, the membership store model adopted by Sam’s Club and Costco has become increasingly popular in the Chinese market. On Nov. 10, mainland China’s second Costco store, located in Suzhou, announced its grand opening scheduled for Dec. 8. In order to motivate consumers to sign up for memberships, the annual price of both Gold Star and Corporate memberships has been reduced to 199 Chinese yuan ($31). Costco reported over 10,000 new members on the first day of member registration, breaking the company’s global record for opening day registrations. As the paid membership model is gaining popularity in the Chinese market, brands such as Hema, Carrefour, Hualian, Yonghui and Fudi have all started hatching their own membership store formats.